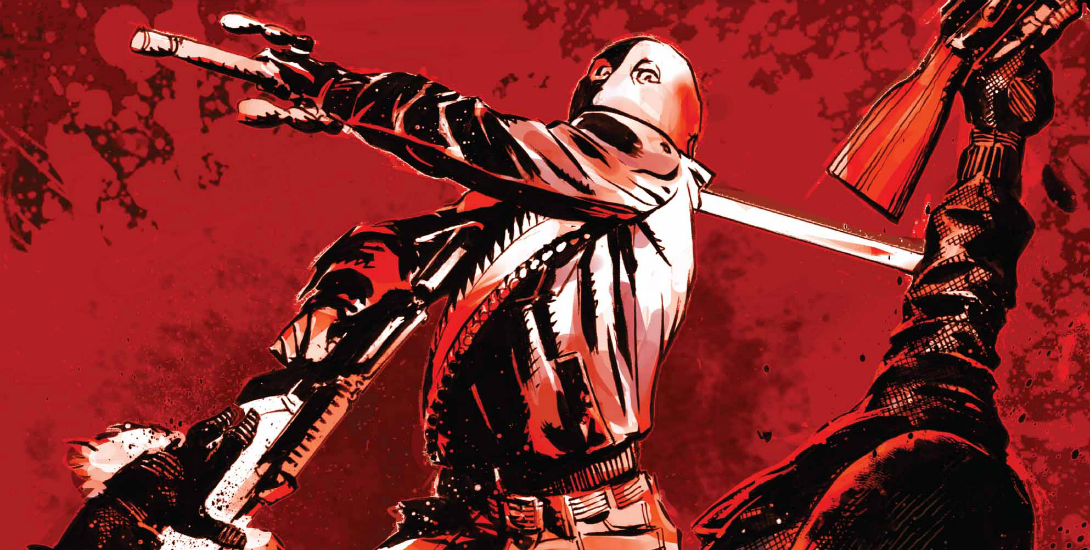 Summary
Deathstroke is still locked up in the Supermax after his encounter with Superman two issues ago! While imprisoned, Wilson meets a Navy officer with whom he’s had a small run in with before. As the Navy officer, who is currently interviewing Deathstroke asks his questions, we get more insight into the backstory and history of Slade Wilson and why he’s the man that he is.

Positives
I thought the story was very well told by Priest. Here we’re given a little more insight into the history of Slade Wilson, but also into his allies as well. His first meeting with Wintergreen is in this issue as well as his first encounter with his ex-wife, a Army officer who in the previous issue sent Superman to capture Slade in the first place! I thought Cary Nord’s art was pretty good, especially in the action scenes of the book. We’re basically shown a Deathstroke in his “early” years before he became the hired assassin and the details of Slade’s first suit are given a lot of thought. Rose is also shown here as well for a few pages doing her own side mission in the book. It seems that Rose is in the process of trying to find herself again–hopefully stepping outside of her father’s shadow.

Negatives
The only complaint I have about the issue is that in some part we’ve heard about Slade Wilson’s history before. If you’ve read from the beginning of the series to this point, Priest has given us a fair amount of history on Slade Wilson. I forgive him however on this issue because I think his purpose was focusing more on the people Slade Wilson has dealt with more than the man himself. It seems that for Wilson to be the world’s most dangerous assassin he has a lot of attachments, and those attachments are shown here pretty well. I do hope however that Wintergreen gets a little more story later on just like Rose has so far. Wintergreen has grown on me as a character and the interactions between him and Slade are pretty hilarious.

Deathstroke #10 is a good title, but it could’ve been a little better. I give Priest a break on this one because of the fact that Wilson is currently locked up with only the Navy officer to talk to — so there’s little room for much else. However we do get more information on how Deathstroke’s abilities work and I have to admit it’s pretty impressive. What I’d like to know, and it’s something that Priest hasn’t covered yet, is exactly what happened that turned Wilson rogue? What makes such a decorated soldier who enlists at the young age of 17 become a hardened assassin? Hopefully as the story goes on we’ll get to see that one event — or person that made Wilson the man he is today. 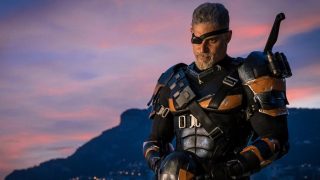