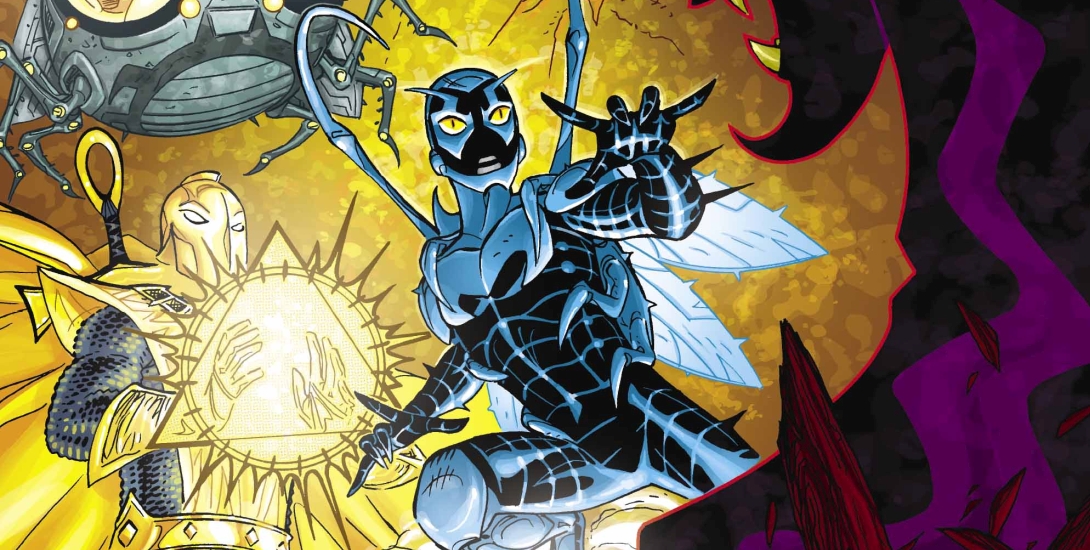 Summary
Below El Paso, Doctor Fate battles a powerful entity over possession of the Blue Beetle Scarab. Although Fate was prepared to kill Jaime to destroy the Scarab, the entity releases Jaime’s soul back into his body, restoring him and separating him from the Scarab.

Meanwhile, Ted Kord works his way underground to join the fight. Fate sends Ted and Jaime away from the battle as the entity as it absorbs the power of the Scarab, and reveals itself to be the restored Arion, Lord of Atlantis.

Positives
It was great finally seeing Ted Kord leap into action, even if not as the Blue Beetle. Also, we finally get an indication of what put an end to Ted Kord’s tenure as the Blue Beetle, thanks to a mention of Ted having a heart condition. Given his access to high tech and the advanced state of medical science in the DCU, and characters with healing powers, perhaps we might get to see Ted return to a life of costumed crimefighting at some point.

Also, we finally find out what’s going on with Doctor Fate. This Doctor Fate is the helmet of Nabu acting independently of a host, but for some reason is keeping Kent Nelson prisoner at his tower in Salem. This raises a lot of questions about the history of Doctor Fate, especially since the helmet of Nabu is supposed to be in the possession of Khalid Nassour according to the recent Doctor Fate series.

Negatives
Although it makes sense that Nabu and Arion might have been longtime foes, I am a bit disappointed to find that the pre-Flashpoint version of Arion as a senior citizen living in New York is officially not canon in the New 52/Rebirth continuity. That was a fun interpretation of the character and would have been nice to see that version brought back.

Also, it was a bit disappointing that Jaime himself was barely in the story, having spent the entire issue unconscious. It read more like an issue of a Doctor Fate book than Blue Beetle. However, it doesn’t hurt if Jaime is sidelined occasionally so that Ted can come to the forefront.

Verdict
High powered guest stars, Rebirth hints, and tons of action – there’s not much more you could wish for.