Summary
The Flash and Kid Flash have come to Australia to ask Captain Boomerang for information about Kid Flash’s father, the Reverse Flash. However, the three have been captured by the weapons dealing Weaver clan. 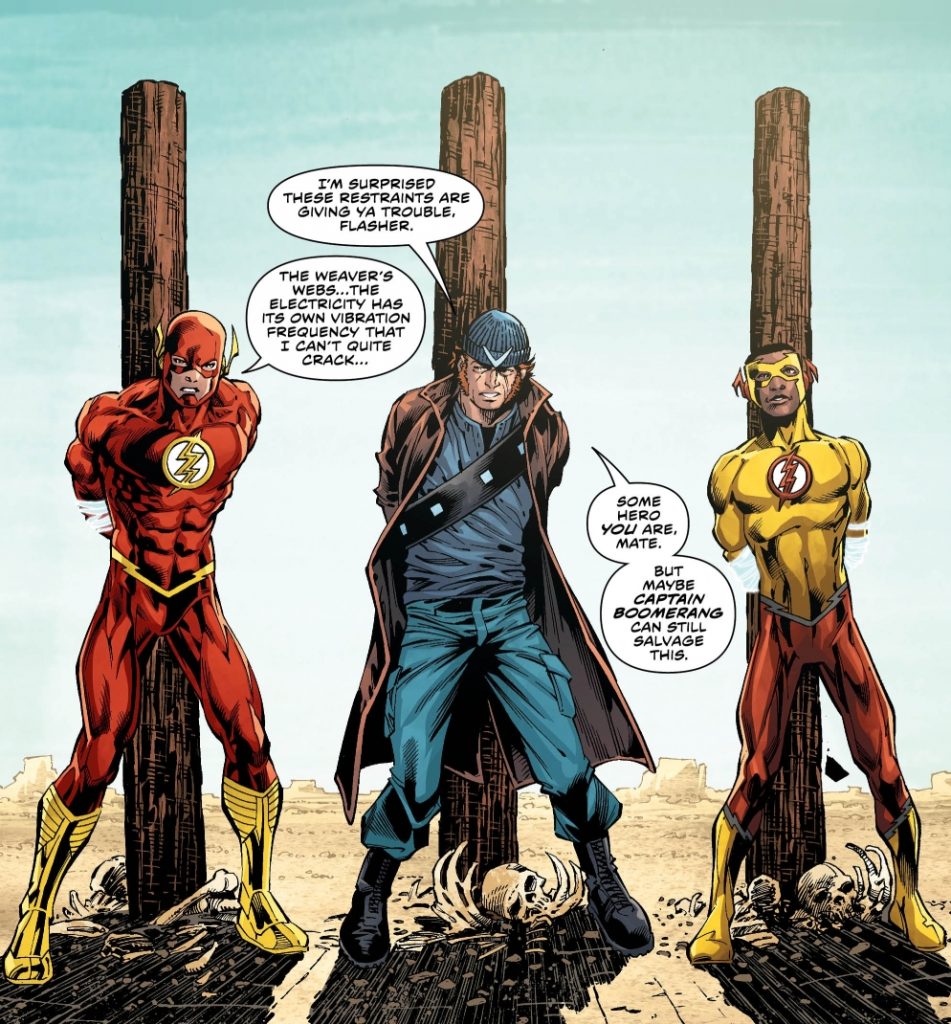 Boomerang convinces the Weavers that their reputation would be increased if they own the gun that killed Flash. Threatening Kid Flash’s life to gain the Flash’s cooperation, they release the Flash and Boomerang to try to avoid their weapons fire.

Positives
Captain Boomerang receives a more complex characterization here than usual. It is more common to see him represented as a complete bastard at best, or an ineffectual buffoon at worst. After the Flashes help Boomerang with the Weavers, Boomerang attempts to renege on his offer of giving any information about Daniel West. However, learning that Kid Flash is the Reverse Flash’s son seems to strike a chord with Boomerang, and he tells them of Daniel West’s heroic death. Digger may be a bastard, but Wally’s need to learn about his father seems to touch something deep within him.

Also, it seems that Wally’s training is paying off. Not only was he able to break free on his own, but he was able to make use of one of Digger’s Boomerangs to take out the Weavers’ weapons.

It’s also interesting that Wally is unable to vibrate through objects like Barry, but instead destroys the objects. Longtime Flash readers might remember that the original Wally West had the same limitation, only overcoming it after becoming the Flash himself. Perhaps the younger Wally’s powers are more akin to the elder Wally’s than they are to Barry’s. Maybe Kid Flash could benefit from some tutelage from his cousin.

And finally, Barry reveals his secret identity to Wally. At first this brings them closer together, but drives them apart when Wally finds out that Barry has not told Iris.

It also seems we are finally going to get some answers about the overarching Rebirth mystery. As a prelude to next month’s “The Button” crossover with Batman, we see that Eobard Thawne is back, but with memories of events that happened in the Flashpoint timeline.

Negatives
It seems to me that Wally’s response to Barry not having revealed his secret to Iris is an overreaction. I can understand that Wally would be displeased that Barry hasn’t told Iris, but Wally seems to take it as a personal betrayal. I think Wally should have attempted to convince Barry to confide in Iris, rather than calling Barry a liar and running off. On the other hand, Wally has just learned that his father is dead, so his reaction is excusable. 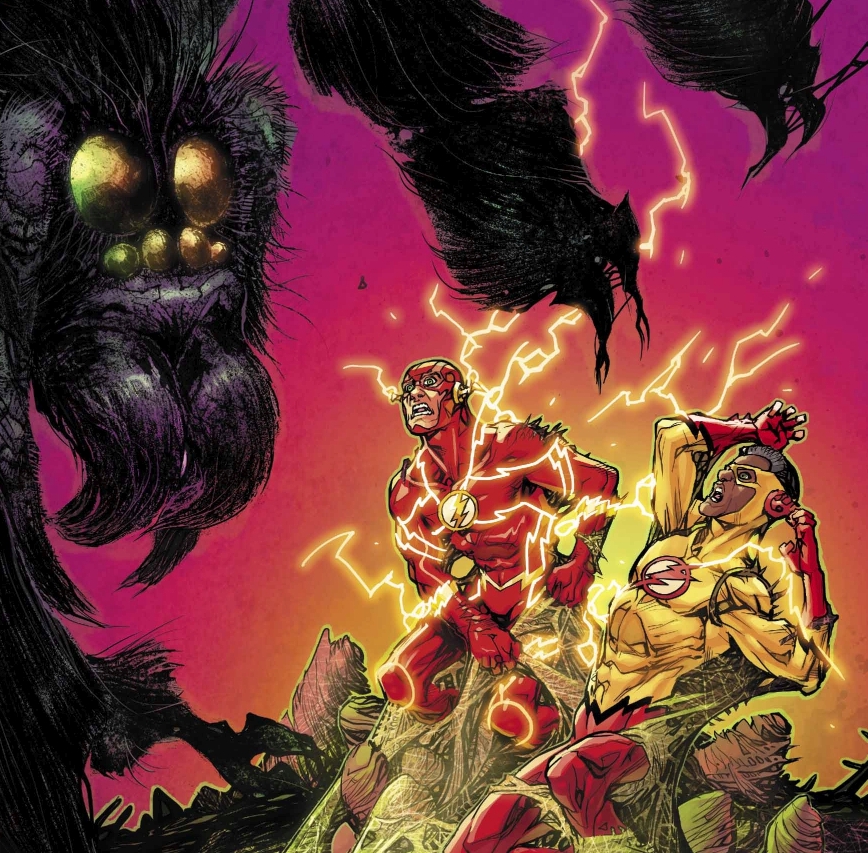 Verdict
A great issue with an important turning point in the relationship between the Flash and his protégé. Add to this a classic Flash villain and the setup for the upcoming Flash/Batman crossover, and you have the recipe for a truly memorable Flash story.

Review: DC’s Legends of Tomorrow 2.15 The Fellowship of the Spear