Summary
This issue opens with Dev’s story and a very Terminator-esque story that will end in the death of Harley Quinn! 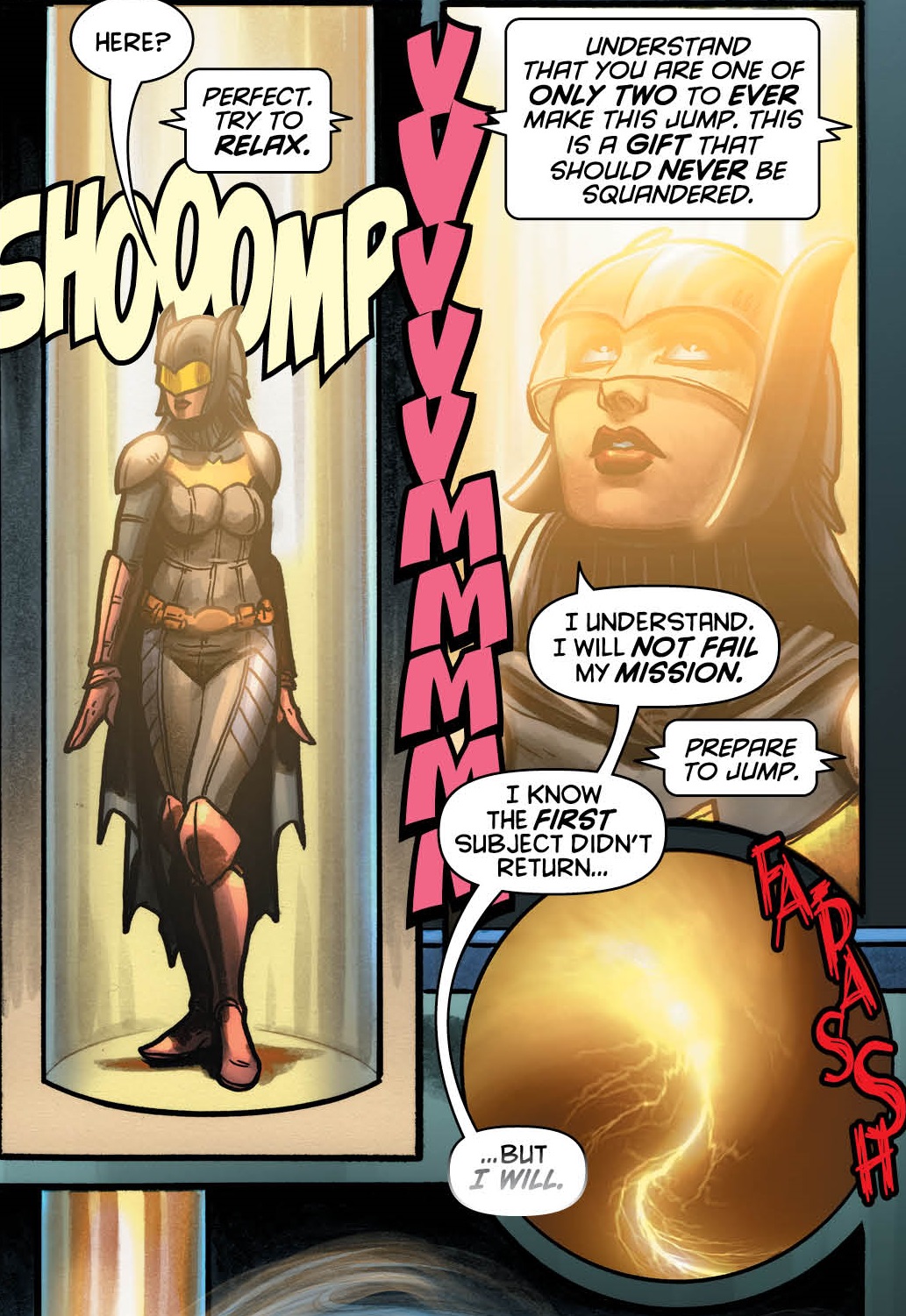 Then back to the present! Harley, undercover in the park as a homeless person, is being abducted by a bunch of man eating men! Red Tool calls it in and takes up the pursuit with axe, spear, and everything else in hand. Meanwhile, the Mayor finally learns of the dark and twisted way that the homeless people are disappearing in the city. How will he react, and what will happen to Harley in the hands of those monsters! To top it all off nicely, we get another look at the relationship of Harley and the Joker from the old days. This time they are robbing a shopping mall on New Years Day! 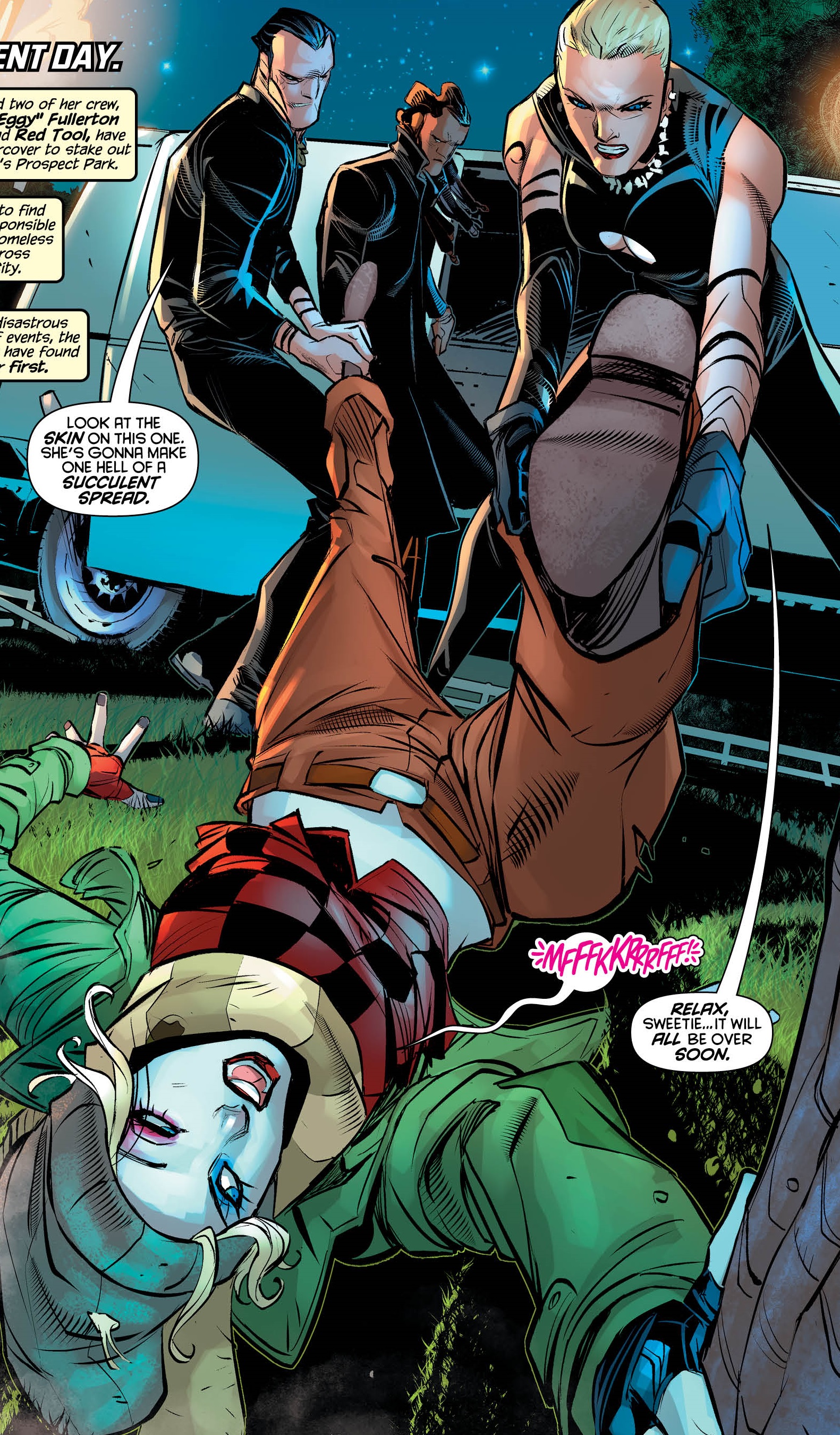 Positives
The varying art styles in this issue really give a sense of uniqueness to each which prevents them from ever blending into each other. Dev’s story is illustrated in a very soft and light manner with smooth lines and warm colors which make the it feel comfortable. The main story of Harley is most definitely a more harsh and angular way with a variety of shades and hues that are slightly off putting, while still very present to they eyes. Finally, the end story is illustrated as though it were key frames for Batman: The Animated Series.

The best frame or panel in this comic was the shot of the Mayor confronting his agent about what she had done to the homeless. As his reaction plays out there is a pivotal shot where the reader will expect a certain reaction but the illustration is clearly not right. At first I was confused and thought that it was a mistake because of how much emotion is built into the prior scene but the next panel proved me wrong. This creative team has done a great job on this issue, just as it has the rest of the series before it.

Verdict
This issue manages to pull together all the various story lines and makes it highly entertaining. With a bit of wit, charm, and insanity Harley Quinn #18 is a real one two punch!