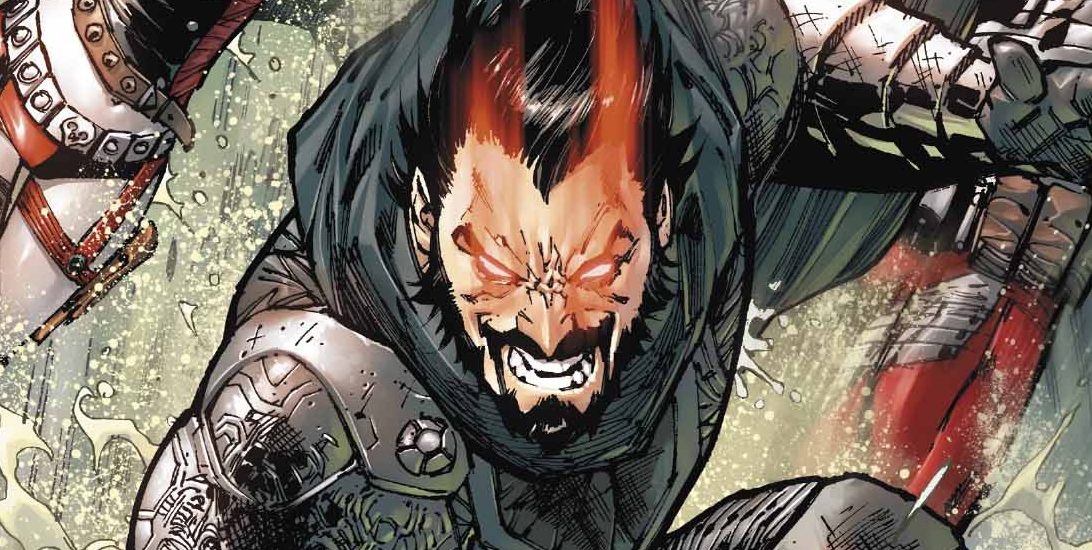 Summary
General Zod begrudgingly takes his place within the infamous ranks of Task Force X and rains devastation upon the secret Zimbabwean facility the Squad has been dispatched to in order to neutralise members of the “Annihilation Brigade”.

Positives
Readers will kneel before Zod as they get to see him unleash his fury on poor, poor Tunguska and his comrades. Zod’s brutality and moral unambiguity merges well with the rest of the team, creating exciting new rifts within the group dynamic. Going forward, it will be very interesting to see how Zod’s utilitarian methods contrast further with Harley’s less-than-simple moral compass and Rick Flag’s boy scout mentality.

Amanda Waller gets to be the hard-line omniscient master spy that we all know and hate. This issue gives her a tense rooftop showdown against an infiltrating enemy agent, which plays out with all the tension and suspense of every good spy thriller. The artwork makes this sequence, Daniels creates a dreary, damp, and utterly oppressive atmosphere that contributes to this small but dramatic moment, reminding the readers that Suicide Squad is all about the unpleasant but necessary jobs that someone has to get done.

Finally, this issue made it very apparent to me, and I’ll assume to everyone else, that the thing we desperately need is a Cosmonut solo series, maybe even a film franchise for the hard-headed sicknut (A sicknut is a Scottish phrase for an angry or violent person, there you learned something new).

Negatives
I’m just going to start off by saying I do not have any problems with this issue, I think it was brilliant. However, in the interest of balance, I do have some things to say about Kryptonian biology. It  is a confusing subject, and I have two irks with Zod’s anatomy in this issue. Firstly, I would have thought a Kryptonite bomb planted in Zod’s neck would be enough to limit or even nullify his powers. If Zod can just walk (fly) around every day with a shard of Kryptonite stuck in the base of his skull with no issues then Superman shouldn’t be complaining so much every time a little fragment of the stuff gets close to him, like someone with hay fever locked in a florist.

My second irk; if Zod really wanted to perform brain surgery on himself with his laser vision, why start cutting through his forehead first in order to get to the back of his neck? Why not get a second mirror and bounce the laser directly to the bomb? Admittedly, such an image wouldn’t have held the same drama as the issue’s final panel, and it was an awesome note to end on.

Verdict
The anatomy of Kryptonians aside, this issue was a treat to read. The action sequences with Zod were so enjoyably brutal but still served a bigger purpose for the team, and I’m excited to see his relationship with the Squad develop in the coming issues. Waller’s spy games are also playing out well, with a gripping atmosphere and impactful suspense.