“A Blast from the Future” is packed with blasts from the past! Featuring Harley’s iconic original costume and her costume from the Arkham games by Rocksteady is just the start! Then we add on Harley Sinn, from Gang of Harleys, as well as a quiet and fun story told by Paul Dini, Harley’s creator, do we have a lot of history here! 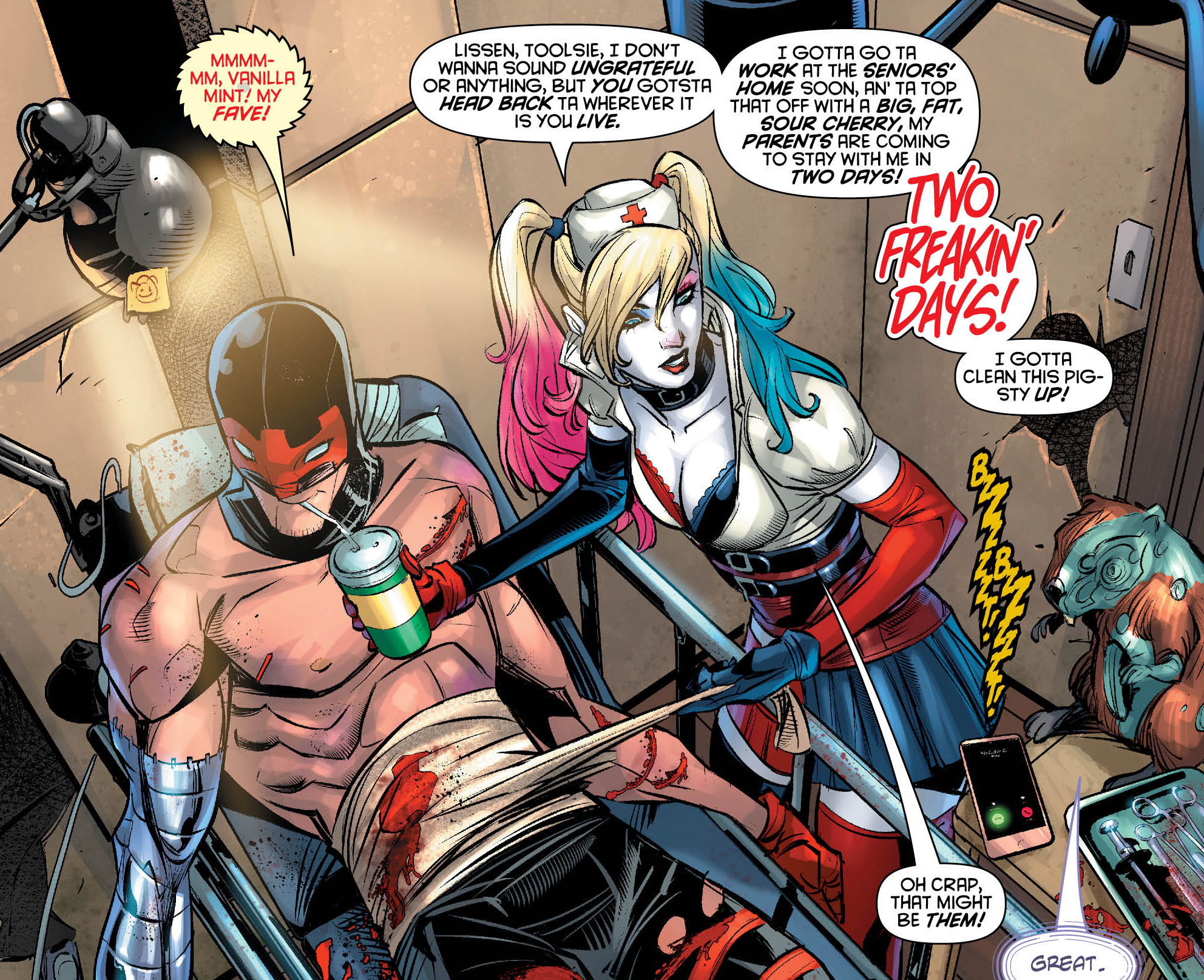 The actual story in this issue is really fun. Devani finally arrives from the future on her mission to kill Harley for the murder of Batman. She starts by kicking in Harley’s door and shooting up the place, all while Quinn is just tryin to clean the house for her parents!

This issue starts off talking about some really dark and heavy subjects which are important, especially in the context of the least few issues regarding homelessness. It quickly takes a happier note though with Harley playing doctor with Red Tool. The art style is really fun and the transition from Timms’ style to Linsner’s feels very fluid. Because previous issues have had very segregated transitions from the different arcs, I feared they wouldn’t match up well. However, the transition between art styles is very naturally presented and doesn’t feel visually awkward.

The writing talent of Palmiotti and Conner really shows through in this issue as the readers share the excitement of Harley Quinn about what is to come in the future. Readers won’t need external reasons to be excited, as the writing team has created such an interesting and likable character that her excitement drives reader excitement.

While under the control of Palmiotti and Conner, Harley will endure countless punches and crushing moments, but because of them, she will become a more iconic character.

Honestly, I couldn’t find anything worth talking about as a negative.

This issue is fantastic, fluid, and fun. Packed with laughs, punches, teddies, and dog shit, it is a fun ride!