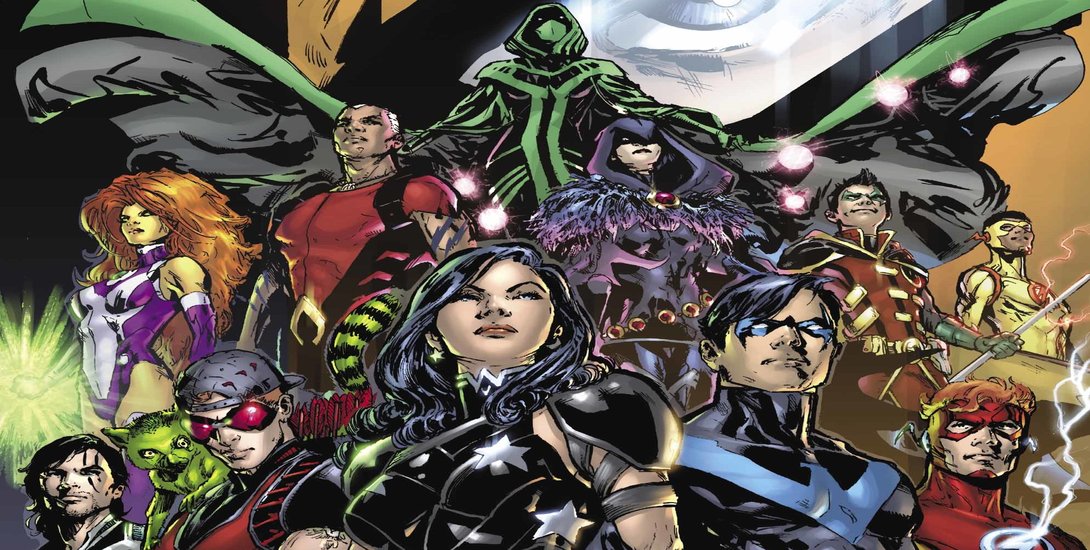 The Teen Titans and Titans join forces against a common enemy in part 2 of the Lazarus Contract.

This was a very interesting issue as it continues from Titans #11, and concludes with Deathstroke next week. As the middle issue of this crossover, it did a great job of progressing the story and focusing mainly on the Teen Titans, even with all the other characters involved in the story. What I admired most about this issue was the writing. It was much more serious and less comedic unlike the past few issues, which I absolutely appreciated. I kind of wish it was always like this. As someone who reads and reviews Suicide Squad and Green Lanterns, I much prefer a more serious tone and less campy writing. Even Wally West’s intro at the beginning of this issue was much more serious, and gives us a much more concise description about this character and what he’s feeling. Serious writing delivers much better storylines, and keeps the readers engaged, so props to Percy for going in that direction this week.

Speaking of the story, the second part of the crossover was definitely fun to read, and I’m very curious as to what will happen next. Without spoiling this issue to much, its very possible that the ramifications of this crossover may even effect the entire DCU. Now, if that doesn’t peak your interest, I don’t know what will.

The banter and chemistry between the Teen Titans and Titans was great. Be it between Robin and Nightwing, or Donna Troy and Starfire, each member of each group was an image of one another, and even though they were part of different groups, they still had something to learn from one another.

That brings us to the artwork. In the past, Pham’s art has also been somewhat average. Not bad, but nothing spectacular either. However, he absolutely saved his best for this crossover. Even with all the characters in this story, his art has never looked better. Not many action panels in this issue, but Pham did a spectacular job outlining all the emotions, especially that of Wally West and Deathstroke. There were many pages that included multiple characters, and each one was done well and consistently.

The only negative doesn’t come from the story or art, but rather the way the issue is outlined. Once again, the credits page is in the middle of the issue, not the beginning or end of the issue as in most books. It may be a small thing, but as I came across the credits page while reading this issue digitally, I thought I had reached the end of the issue, only to find out I was only halfway. It also makes it frustrating to find when I’d like to know who wrote the book or who the editor is.

This is definitely a must read, especially if you’ve read part one of this crossover. This issue gives us an insight into Wally’s mind, and the extremes he’s willing to go to save lives.