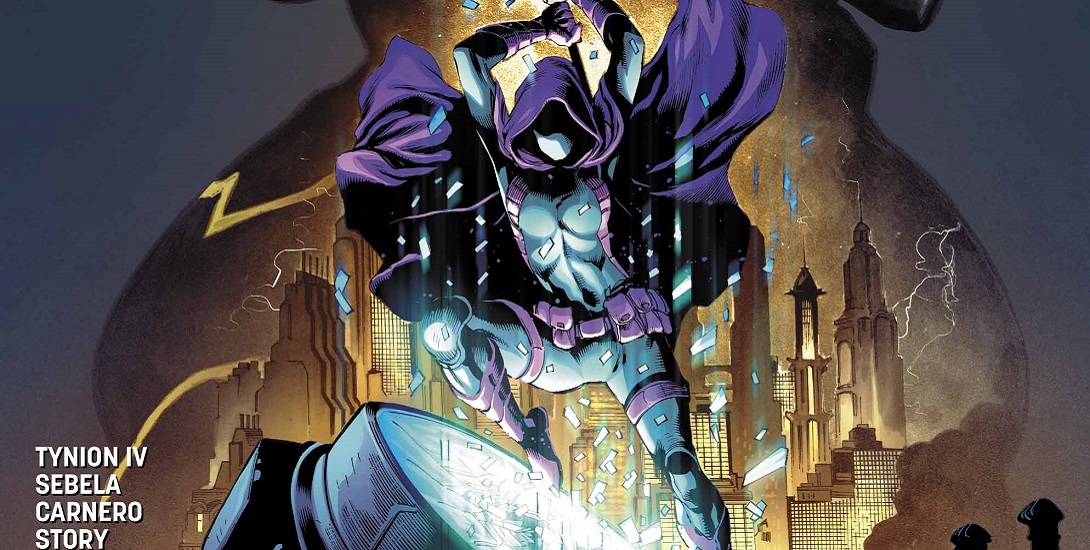 With Spoiler unable to justify Batman’s methods and the casualties his theatrics brings, she has set out on her own. She intends to change the system and how it all works, making the masks and heroes disappear. When Wrath returns to Gotham looking to fight Batman on live TV in a blaze of glory, he won’t have an easy time getting the bout he’s after.

Right off the bat…no pun intended, this issue sets a very different tone from those that came before it. Entirely focusing on Spoiler and her new point of view on fighting crime and superheroes this issue acts as a mission statement. Her skills are on showcase in #957 as she stealths her way around every obstacle and becomes completely invisible to Wrath. Much in the way that Batman used to operate, outside the police, outside of the public, just on her own, Spoiler hopes to change Gotham.

The art style, while less detailed compared to what was in the previous issues of Detective, perfectly reflects Spoiler and her skill set. The paneling and choreography is excellent with each page and panel flowing into the next without ever feeling jagged.

The choice of villain in this issue also lends to the great team behind the book. Wrath, being a little known villain did appear in Detective Comics’ New-52 run and was a relatively minor threat, which suits Spoiler well as she herself is developing into a more mature hero, or something, as she doesn’t quite know either.

From start to finish this was an easy book to read, it has spaced out the dialogue well, had solid action sequences, and great art. Readers will enjoy this issue and I’m sure the rest to come.