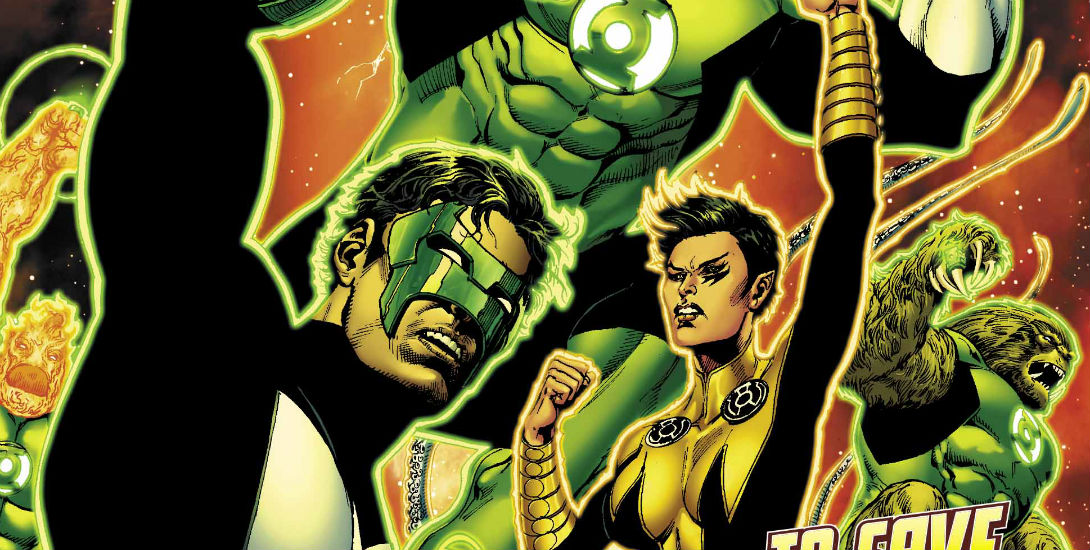 Hal and Rip are on their way to Space Sector 563 to take on Sarko and the entity that was Krona’s Gauntlet.  Back on Mogo, the Greens and Yellows have dropped their rings to fight low-tech style.  The Lanterns don’t seem to make much headway.  When John goes down, Kyle picks up the ring from the future that John’s been holding onto and asks it how he can stop the destruction of the Corps.  The ring shows him Sarko’s lineage and he is devastated when he sees who Sarko’s parents are.  He puts his ring back on and fly’s off to Space Sector 563 where Hal and Rip are battling Sarko and the Gauntlet entity.

Back in Space Sector 563, Hal and Rip figure out that Krona’s Gauntlet is still buried in this time and if they can dig it up and destroy it, it won’t be there in the future for Sarko to bring back and attack.  Hal is able to dig up the gauntlet and destroy it.  This stops the attack on Mogo as well as the Gauntlet entity.  Kyle arrives just after Sarko suffers a fatal stray blast.  Without explaining, Kyle tells Hal that Sarko deserves something better and flies off with the body and Kyle is left alone with the knowledge of Sarko’s lineage.

This may be somewhat surprising, but the fact that this arc is not drawn out into three more issues is a positive.  Not because it hasn’t been good, but rather because it allows things to move forward sooner- turning the page back on decompressed story telling.  Hal’s analysis of the differences between the four Green Lanterns of Earth which are featured in this title is a straight forward presentation of something that’s been going on in the character work in this title for a while now.  Each Lantern may not appeal to every reader, but there’s probably one of these four with which every reader can identify.  As Kyle learns the truth about Sarko, it sets up more drama going forward for he and Soranik as well as the rest of the Green Lantern and Sinestro Corps.  This kind of emotional dilemma is what has made this title so good.  Although,…

…I shudder to think of the consequences.  This may be what eventually pulls the Greens and Yellows apart.  It’s been such an interesting situation, that to dissolve the pairing of the two Corps at this point seems shortsighted.  There’s a lot more stories and drama to be explored with the united Corps.  Unfortunately, V. Ken Marion’s work seems rushed this issue, which is mildly distracting.

Like all good serial fiction, this issue provides an ending and a starting point.  Kyle’s discovery will certainly prove to be the basis for another exciting story line in the coming months.  The final chapter of this arc allowed each Lantern to exhibit their unique approaches and provided Hal with some insight on those approaches.  Most importantly, these elements allow for character driven stories that manage to include epic battles with the highest stakes. 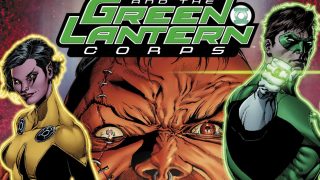 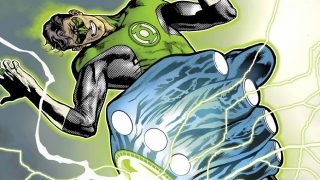