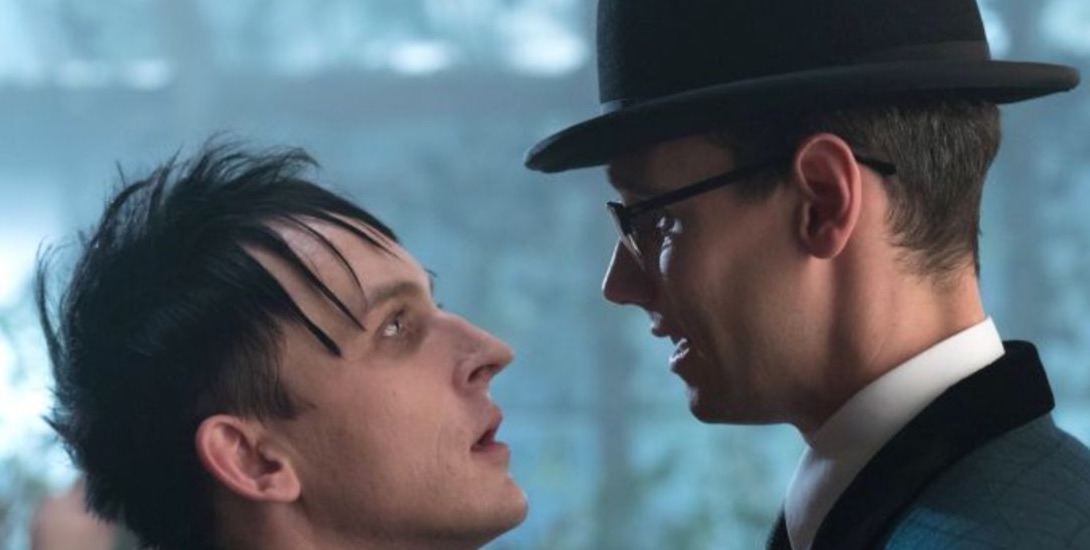 Lee tries to show Gordon his darkness while the Riddler hunts the Penguin and the Shaman puts his plan into motion.

Morena Baccarin absolutely steals the show in this episode. Normally, she is playing the straight man against all of the insanity this show has to offer. But here, she gets to cut loose and chew the scenery along with everyone else which is so much fun. Baccarin is clearly having a good time which creates a fun and tense plot. The characters are put into a bad place and I genuinely don’t know where this show is going. I will always give Gotham credit for that. With the CW shows, I usually know every step they take before they make it but Gotham is so out of its mind, I never know where the show is going.

The Court of Owls is such a disappointment. I was really excited when they were announced as this season’s main antagonist. There is a lot of potential in Scott Snyder and Greg Capullo’s story and the style fits the show like a glove. But they amounted to nothing. The Court is just used as a door to the League of Assassins. I like the League and I’m curious to see this show’s take on Ra’s al Ghul but not at the expense of the Court of Owls. It’s really disappointing.

What is also disappointing is the war between Penguin and Riddler. We were promised a war between the mob and an army of monsters. Spoiler alert but that does not happen. It could still happen in next week’s finale but it will involve a returning character that I have never liked. Mr. Freeze and Firefly abandon Penguin off screen so it’s Penguin and Ivy against Riddler, Barbara, Tabitha and Butch. It’s honestly dull, made worse by the fact that Penguin has no idea what Ivy is capable of. He doesn’t need an army; Ivy can get close, force them to smell the perfume and Penguin would just win. He has seen her do it; it’s such an obvious solution.

This is a really disappointing episode. I expected the Court of Owls story to go the way that it does because they’ve been underused and unimpressive all season but I was genuinely excited about the war between Penguin and Riddler. It wasn’t nearly as much fun as I thought it would be despite featuring most of my favorite performers on the show. However, I will give credit where it is due; the Lee story line was unexpected and enjoyable. Baccarin is so much fun and adds a lot of tension to an episode that severely lack it anywhere else. It’s worth watching for her scenes but the episode could have been a lot more.