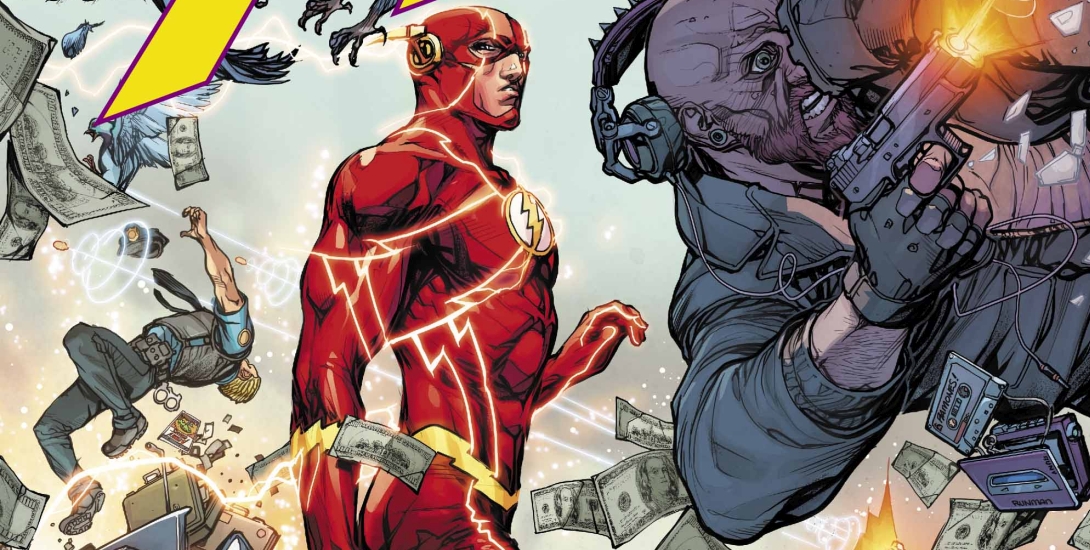 The second chapter of the “Color Of Fear” begins with a resumption of our tour of the Flash Museum in the 25th Century. Our mysterious guide tells us about the nature of the Speed Force and the opposing Negative Speed Force.

Back in the present, The Flash and Green Lantern are fighting a mob of Multiplex’s duplicates. The duplicates aren’t difficult to fight individually, but Multiplex can create them indefinitely. Their only hope is to identify the original Multiplex and incapacitate him.

Meanwhile, Kid Flash is facing off against Eobard Thawne, also known as Professor Zoom, the original Reverse-Flash. Wally is determined to protect his aunt from Thawne, but is he powerful enough to defeat one of Barry’s most dangerous foes?

After Barry and Hal take care of Multiplex, they discuss Barry’s reluctance to reveal his secret identity to Iris. After pondering Hal’s advice, Barry heads off to come clean to Iris.

However, when he arrives at Iris’ house, he finds the frightening aftermath of Kid Flash’s encounter with Professor Zoom.

Also, we get a deeper insight into Barry’s character and why he hesitates to let Iris in on his secret. Since the rest of the world seems to move so slowly to Barry, he has an overabundance of time to consider every possibility. This leads him to overthink his decisions, hesitating to take action, because of all the negative outcomes it might cause.

I find it fascinating that Zoom appears to remember pre-Flashpoint DC Universe continuity rather than the New 52/Rebirth history. Although Wally is new to Zoom, it seems he remembers not only the original Wally West, but Bart Allen as Kid Flash: “What kind of Kid Flash are you?  Are you impulsive? Or the kid that is forever lost in The Flash’s shadow?” He also remembers killing Iris as told in the shocking story from the late 70s.

There’s not much to complain about other than that Multiplex seems a relatively minor threat to pit against the team of The Flash and Green Lantern. However, the use of Multiplex allowed for an imaginative look at how Barry’s perception of the world makes it possible for Barry to find the primary Multiplex.

It’s becoming clearer that both The Flash and Zoom figure prominently in the Rebirth mystery. Will Zoom’s memories of the pre-Flashpoint universe be key in restoring some of that history? The Flash continues to be a cornerstone of the Rebirth saga. 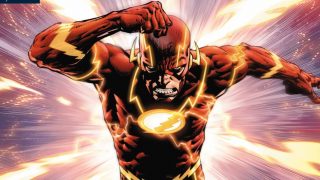 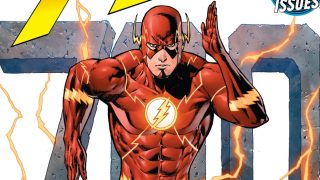