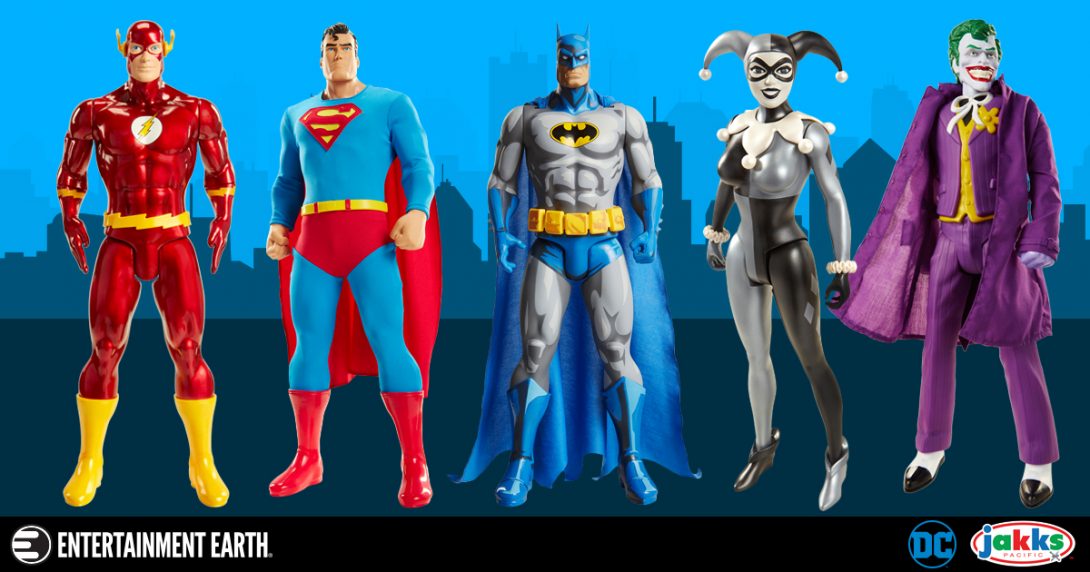 Who doesn’t love a good old-fashioned action figure? Whether you’re a young child playing out scenes from your favourite comics or an avid collector, we all have something to be excited about from Jakks Pacific’s all new DC Comics Tribute Big Figs featuring your favourite legendary heroes and villains from the DC Universe.

First up is the last son of Krypton himself, Superman! Bring home the Man of Steel with the DC Comics Tribute Series Superman 19-Inch Big Figs Action Figure. This Big Fig features a premium fabric costume with embroidered Superman logo.

Next up we jump to Central City and everyone’s favourite Scarlet Speedster, The Flash! The DC Comics Tribute Series The Flash 19-Inch Big Figs Action Figure is a must-have for any collector. This Big Fig features 7 points of articulation and premium metallic ruby paint

Now we can’t have Batman without his arch nemesis, The Clown Prince of Crime himself, The Joker! The DC Comics Tribute Series Joker Killing Joke 20-Inch Big Figs Action Figure features a premium fabric trench coat and hat inspired by the iconic The Killing Joke comic.

The Jakks Pacific DC Silver-Age collection will be available in July 2017.

Be sure to pre-order yours.