Superman is having trouble teaching a headstrong Superboy to fight intelligently rather than just overpower his opponents with brute force. Clark remembers how Pa Kent had taught him a similar lesson, so he applies Pa’s methods to Jon and puts him in charge of their crime fighting for a day. 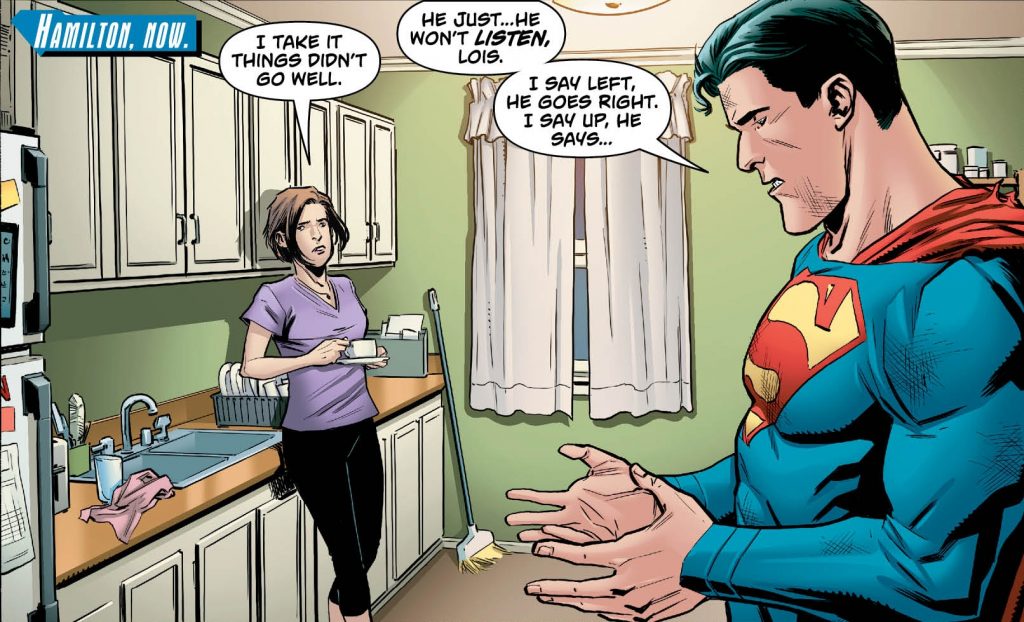 It has been a joy in this title to see Superman mentoring his son Jon. However, we haven’t been shown how Clark has been applying the lessons he learned from Ma and Pa Kent to his parenting of his own son.

It’s also good to see Pa Kent again. It’s too bad that in the current version of Superman history, Ma and Pa never got a chance to meet their grandson. But it’s good to see Clark telling Jon about them and keeping their memory alive. 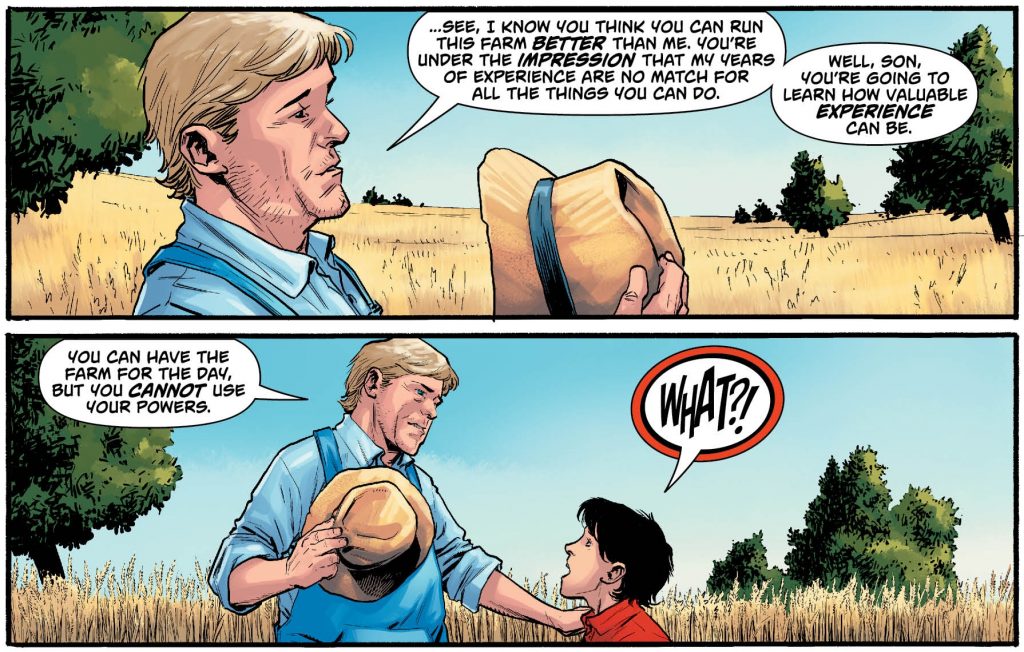 The flashbacks to Clark’s childhood showcase the similarities and differences between father and son. Although Jon is following in his father’s footsteps, we can see that he is more than just a younger version of Clark. But just as Jon has to learn to think before acting, so did Clark.

Although it is natural for friction to develop between fathers and sons, especially as they near their teen years, it seems to have happened a bit abruptly in the relationship between Clark and Jon. There was little to no sign of this before now. Could it be that Manchester Black’s mental manipulation of Jon has left some lasting effects on Jon’s psyche? 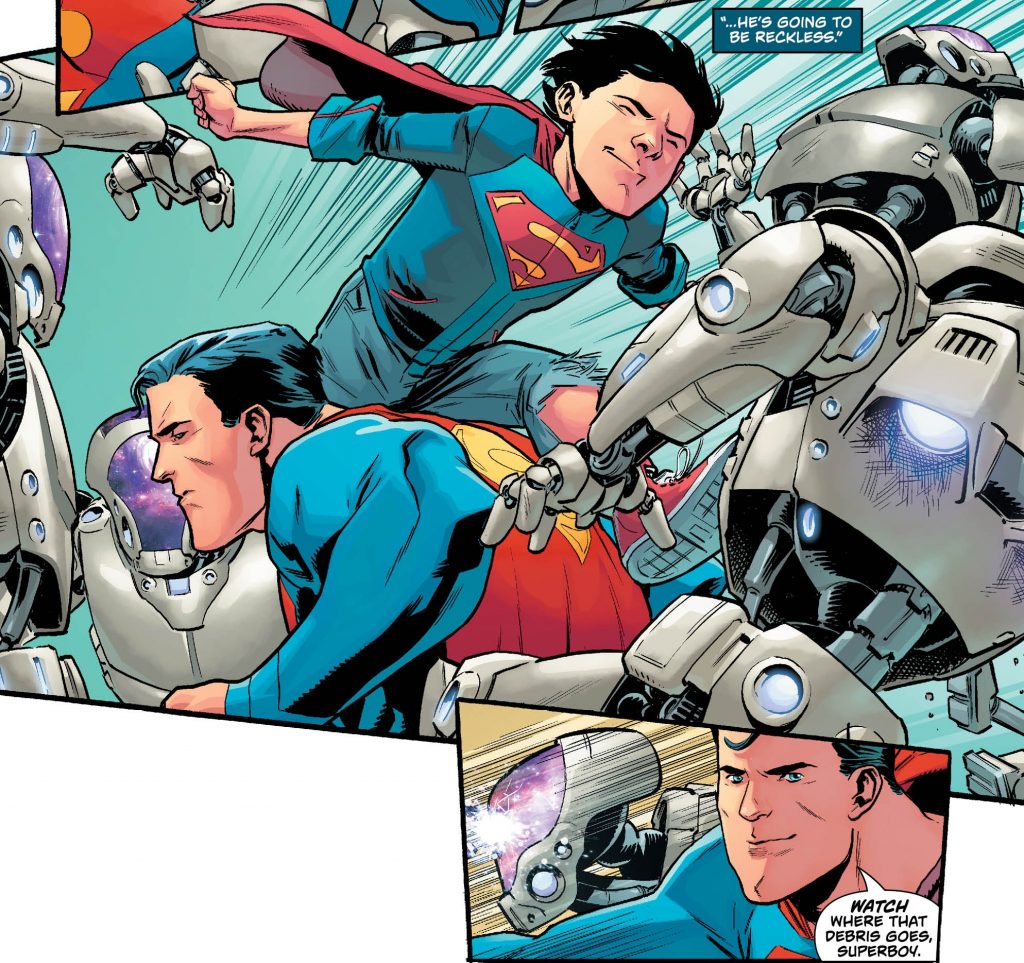 Nevertheless, this is a heartwarming issue and proves what a gem this title is. The emphasis on Superman’s family life has made Superman the heart of the Rebirth line.