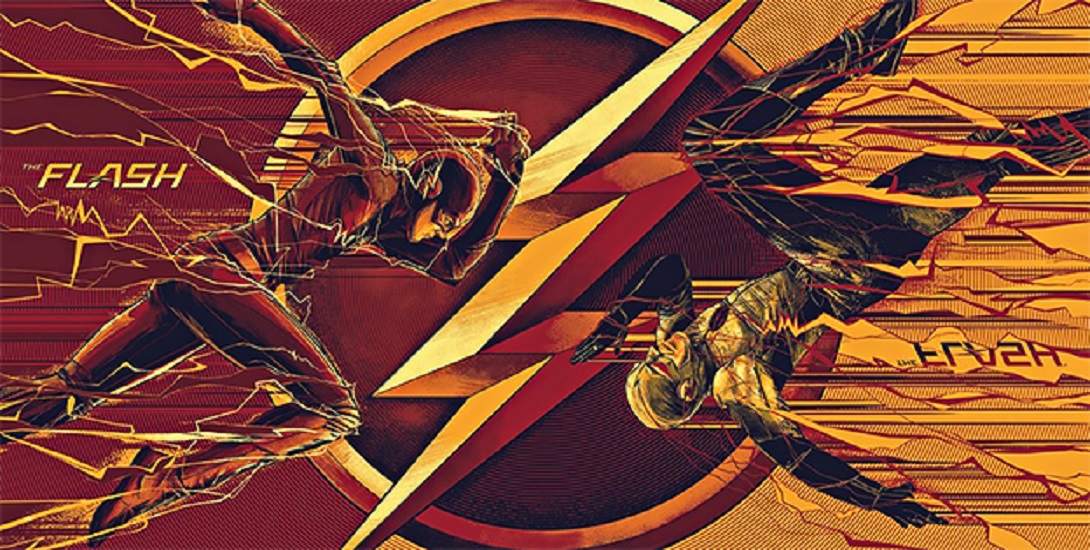 As Comic Con has descended upon sunny San Diego, California today, many vendors will be at the epic event. One such vendor is poster producer Mondo, who brought a new Flash/Reverse Flash poster, as Christian Hoffer at Comcbook.com, revealed:

The poster was illustrated by Cesar Moreno and is based on the costume designs from the hit CW show. Not only does the poster use The Flash’s TV logo, the Reverse-Flash’s costume uses the same distinctive yellow and black color pattern as the one seen in the CW’s DC Television Universe…..Unfortunately, if you’re not at SDCC this year, you probably don’t have a chance of getting this amazing looking poster. According to Mondo’s website, only 225 of these screen printed posters were made.

As you can see above , Moreno’s work on the poster is a godsend, and will most assuredly sell out soon!

Just revealed at the booth: THE FLASH by César Moreno! #SDCC2017 pic.twitter.com/g4Omycq5RW