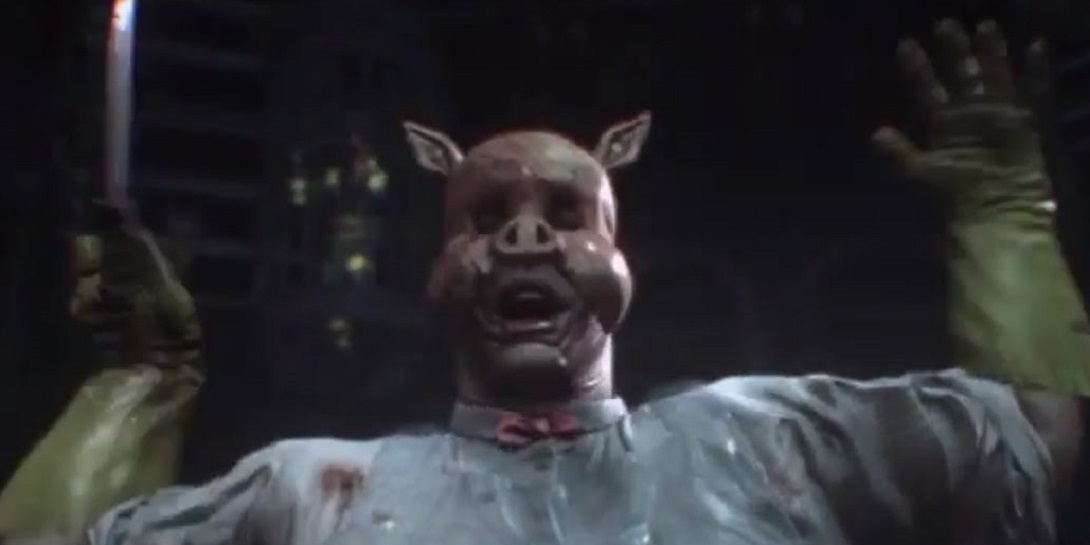 Over the course of its three-season journey thus far, Gotham has followed not only the rise of GCPD Detective Jim Gordon and the transformation of Bruce Wayne into Batman, but has depicted the births of staple villains in Batman’s Rogues Gallery. For the fourth season, in addition to Jonathan Crane from season one manifesting into The Scarecrow, producers are adding the arrival of Professor Pyg to the list of threats the city will face.

Introduced during writer Grant Morrison’s opening arc in Batman and Robin in 2007, the psychotic butcher once known as Lazlo Valentin has received much exposure in multiple media since going up against Dick Grayson’s version of Batman. In the short-lived CGI Beware The Batman! for the Cartoon Network, he was reworked into an environmental terrorist with a mutant Toad sidekick and voiced by Brian George. However, his true nature as a serial killer was fully realized as one of the villains in Rocksteady’s Batman: Arkham Knight game, voiced by actor Dwight Schultz.

When approached by Screen Rant, executive producer John Stephens confessed both his great love for the character and his freshness as motives to bring him into the series. “[I’ve] always loved Pyg because he’s just demented and strange and gross and terrifyingly funny. So, this year, I was like ‘Well, our show is pretty violent and graphic, how can it get more violent and graphic?’ I think Pyg is, maybe he’s a newer character, feels more current to me in some ways. He doesn’t have some of the baggage of like a character from the ‘60s might have where you have to like revitalize in a way. Pyg you can just bring in and he scares everybody.”

Catch the return of Gotham on Fox on its new night on Thursday, September 28th.