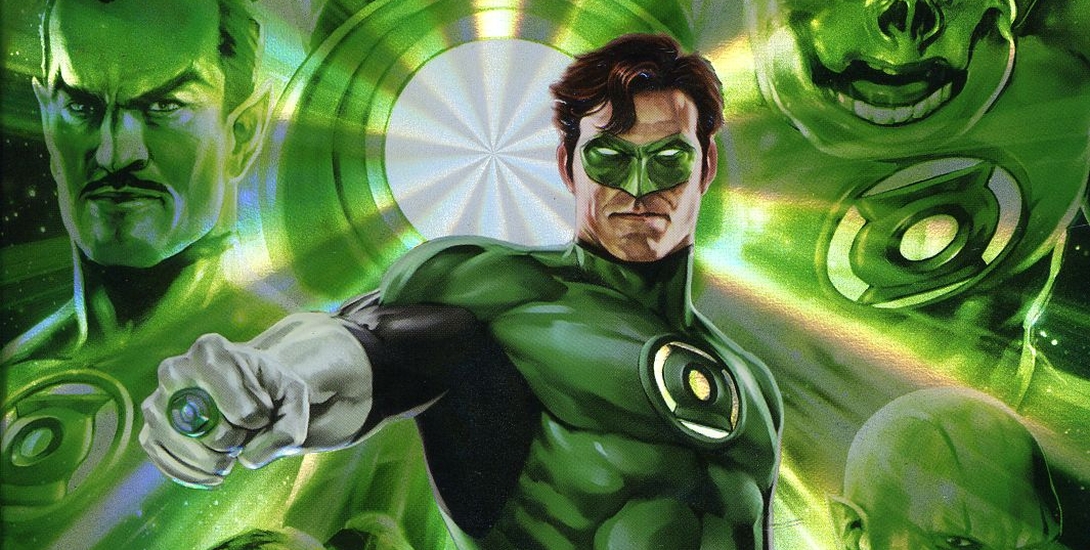 Six Legendary Green Lanterns. Six Interlocking Stories. One Groundbreaking film. This DC Universe Animated Original Movie explores the rich mythology of the Green Lantern universe through six interlocking chapters. While awaiting a battle with Krona, an ancient enemy of the Guardians of the Universe, Earth’s Green Lantern Hal Jordan, Kilowog, Sinestro, and other members of the Green Lantern Corps recount their greatest adventures to new recruit Arisia – everything from tales of the first Lantern to the ominous events that led to the Corps’ Blackest Night!

This movie is essentially a collection of stories starring different members of the Green Lantern Corps. There is a connecting narrative in which Hal Jordan tells new Lantern Arisia these stories while the Corps is preparing for a large battle with their longtime foe Krona.

This is very reminiscent of the backup feature in the 70s and 80s issues of  Green Lantern , “Tales Of The Green Lantern Corps.” In those stories, Tomar-Re, keeper of the Book of Oa, would tell Arisia some of the tales of Corps members from the book. In fact, the Mogo segment from this movie was directly adapted from one of these stories. A nod to these stories is also included when the Book of Oa is briefly shown in the movie.

Interestingly enough, although Hal tells these stories to Arisia, he is not the focus of the story, but rather other, lesser known Lanterns. This allows for a better sense of the large and varied membership of the Corps. Instead of being background characters in the story of Hal, Kyle, Guy, or John, they become the main characters for once.

But don’t worry if you’re a Hal fan. He’s not completely pushed out of the limelight. He still figures prominently in the connecting story – especially in the final battle with the forces of Krona.

“Mogo Doesn’t Socialize” is a great story and very deserving of being adapted. But it’s an Alan Moore story and it falls prey to the same problem as other Moore works. Despite it being a (mostly) faithful adaptation, it loses something in the translation from one medium to the other. It’s hard to say exactly why, but it doesn’t seem to have quite the same impact on the TV screen that it had in the comics.

It also doesn’t help that many viewers are familiar with the comics. Mogo has a fairly prominent role in the comics nowadays, so many viewers already know why it would be difficult for Mogo to socialize. Plus, he now is somewhat more involved with his teammates and hardly antisocial at all.

Alan Moore created the character, so when the story begins, the reader doesn’t know anything about Mogo other than his name. The revelation of Mogo’s true nature comes as a surprise to the reader, but is already known to many of the movie version’s viewers. This takes a lot of wind out of the joke, turning what should be a belly laugh into a small chuckle.

Also, this movie seems to be set fairly early in Hal’s career in the Corps when he was Earth’s only Green Lantern. So if you are a fan of John Stewart, Guy Gardner, or Kyle Rayner, then you’re out of luck. Also, there is no sign of G’nort, but that might not be a bad thing.

Part of the charm of the DC Animated Universe is that it allows for more exploration of the wider DC Universe than the live action movies. This movie gives a deeper exploration of the mythology of the Green Lantern Corps that isn’t usually seen outside of the comics. 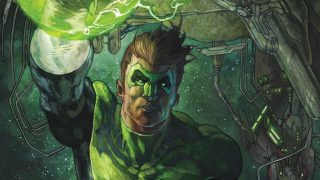