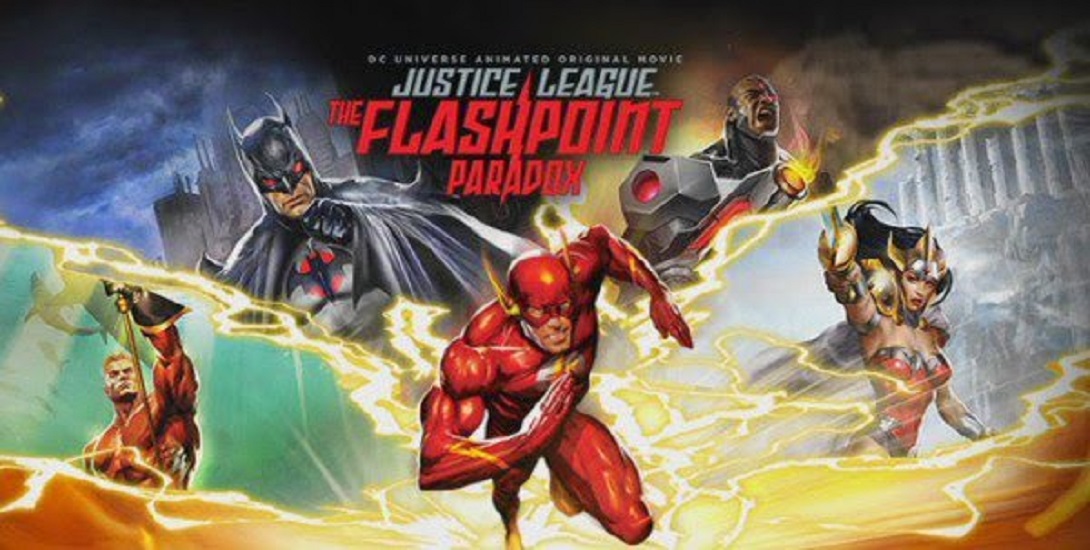 The Flash causes a temporal ripple that creates a fractured reality where the Justice league has never formed, Superman does not exist and a war rages between Wonder Woman and Aquaman. Flash realizes the world has changed and he no longer has powers. So, he goes to Batman to find out what’s going on which leads them both into a world crisis involving other super heroes. Flash teams with Batman and Cyborg to restore the timeline.

This movie is one of the best DC Universe animated films EVER! Based on Geoff Johns’ take on the classic character, from the Flashpoint crossover event of 2011, which is indeed masterful and well worth a read, this movie doesn’t hold back on the emotion. It shows how it affects several canon characters, including Batman and Wonder Woman, but centers mostly on Barry Allen’s Flash. What made the event so rich in the comic books makes it a gut punch in the movie.

The frailty of Kal-El, makes the viewer sympathetic to his character, which is the complete opposite of what we know the character to be in canon universe. Wonder Woman, in this take, feels more like she would if she had been raised by an evil Hippolyta, a more fierce version of Diana. Batman, on the other end, is probably the most heartbreaking version of himself, and not to give spoilers, this version is much darker than the current one and is more tragic a source of his reason why he became who he is. Lois Lane is also another refreshing change, as she’s still a reporter, but now a war correspondent, ensconced in Themyscira. Another plus is that they don’t shy away from the violence, as nothing about this movie feels suited for children, and definitely doesn’t shy away from blood and mayhem.

As far as negatives go, the most glaring one is the run time, as this story could have at least gone on for 3 hours. I would have loved to have seen how they’d play these scenarios out in the Justice League series or even Young Justice. The other negative is the screen time used on Cyborg or Captain Thunder (Shazam), and I would have loved to have seen more pirate Deathstroke. The final negative is the portrayal of Aquaman in this world, as he felt underserved in both the comic and in this movie.

Justice League: The Flashpoint Paradox is an excellent story in the comics and is an even greater story in the DC Animated Universe. There is a reason why the upcoming live action Flash movie and the TV series have centered their plotlines on this epic event, as it is one of the best stories about Barry Allen’s Flash in his canon. This movie more than proves it and is well worth the money spent.