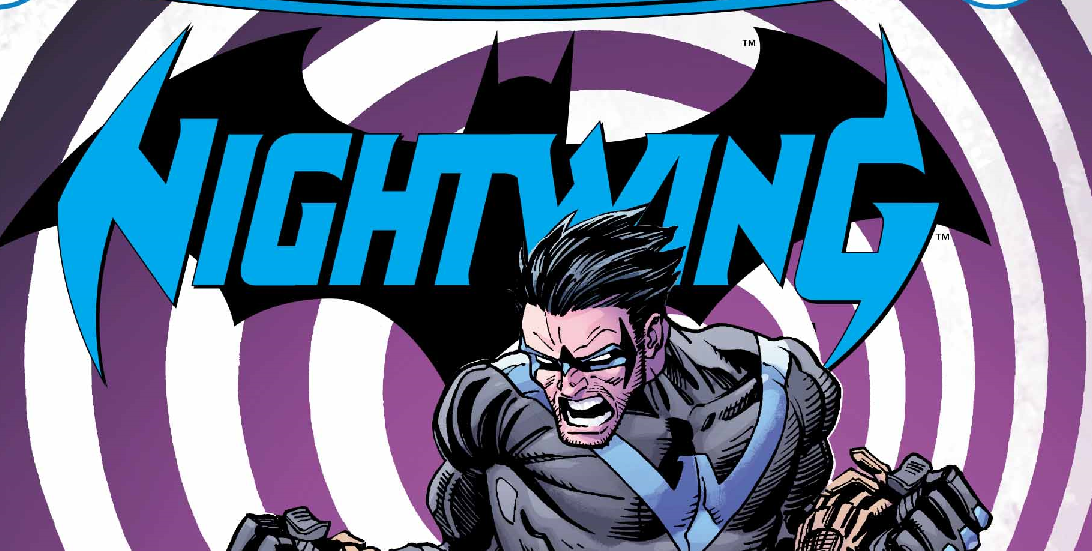 “You’re being mind-controlled, right?! Hypnos implant on the fritz?!”

After discovering “The Second Hand” – underground arms dealers operating in Bludhaven – are one in the same with “Spyral” – the spy organization which Nightwing was formally involved with – Dick struggles to make sense of the mess he’s made of his life. While Nightwing regroups with Huntress and her Skullgirls Paris, Janni and Bryce, Shawn embarks on her ill-conceived protest with Pidgeon instead of sticking by her ex-villain friends.

In this issue, we get to see Dick fall back into the chaos left over from his tenure at St. Hadrian’s School for Girls, the secret base of Spyral. In between running for his life, hanging out with the Skullgirls and breaking into the Spyral HQ, Dick reminisces about his time spent there with Helena, The Huntress, because he is a dirty whore of a man. And Helena is a terrible influence on Dick, it almost seemed like she could have convinced him to break the no-kill rule on Tiger and the other Spyral agents hunting after them both.

The Skullgirls come into play in a big way in this issue, and the artwork for their masks alone make them feel pretty frightening and definitely formidable. While Helena might have made a mistake leaving her students behind to come work with Nightwing in Bludhaven, it’ll be exciting to see how they’ll be helping ole’ Dick out of the tricky situation he gets himself into by the end of this issue.

Shawn has returned to her defacer ways; however, she seems to have found herself stuck between a rock and a hard place. While she feels compelled to participate in some ruckus with Pidgeon, she may also be harbouring some guilt for returning to her masked antics while her group of former-felon-friends recover from the death of Brendan ‘Giz’ Li, murdered by Spyral for assisting Nightwing. It’ll be interesting to see how Shawn and Dick get brought back together, if indeed the two groups now have a common enemy to unite against.

In the time that it took for Dick and Helena to fly from Bludhaven to Britain, Shawn and Pidgeon still haven’t managed to begin their protest heist.

With some unexpected twists and turns, this issue finally sees Dick make some progress in the right direction against the criminal group plaguing his city and his life. The criminal conspiracy of the Second Hand has given way to the clandestine espionage of Spyral, and with the spy organization “gone dark”, the problems are sure to intensify in the following issues.