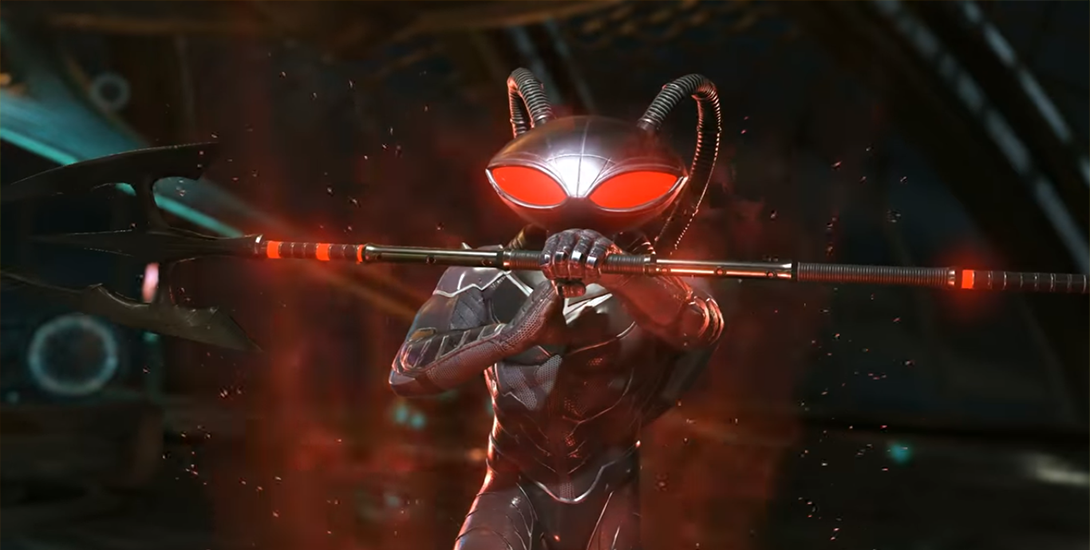 In case you missed the memo, last week we got to see who the next three characters are for Injustice 2 and they are Black Manta, Hellboy, and Raiden. We are just as excited to see how they add to the fights in the game as well as to any potential extra skins they might release in the future.

Of course after revealing that we were going to get Aquaman it shouldn’t come to any big surprise to us that we would be getting Black Manta as well. Especially since after the reveal Producer Ed Boon revealed him in action taking shots at Swamp Thing.

And if that wasn’t enough, we now get to see his game trailer for Injustice 2!  Ultimately his moves appear to be super strong and have some weight behind them given the bonus fact that he can apparently fly ontop of turning your opponent into a shiska-bob with the trident and then roasting you with his eyes! That is definitely a look that can kill! Bad puns aside, he does look like he could be a viable option for competitive play given his fast movement and move sets, which seem to compliment the combos that are shown in the trailer.

The Fighter Pack 2 comes out September 12th with Black Manta being able to be downloaded that day. However no official word has been said for the other two character’s release dates from within the Fighter Pack.