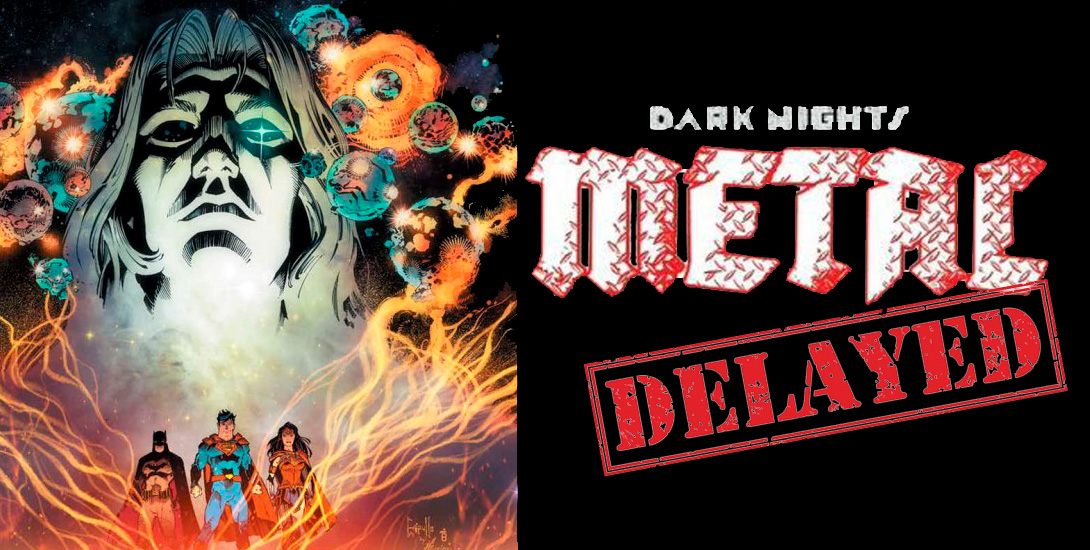 No reasons were given for the delay.

Here is the updated solicitation:

DARK NIGHTS: METAL #4
Written by SCOTT SNYDER
Art and cover by GREG CAPULLO and JONATHAN GLAPION
Variant covers by ANDY KUBERT, JIM LEE and SCOTT WILLIAMS and JOHN ROMITA JR.
The Justice League has been broken and scattered to the far corners of the DCU, each member forced to face their worst fears alone…and the fears are winning. When an unlikely ally reveals a glimmer of hope, they must seize their chance, or risk their window of opportunity closing for good!

HAWKMAN:FOUND #1
Written by JEFF LEMIRE
Art by KEVIN NOWLAN and BRYAN HITCH
One of DC’S greatest heroes is missing! No one has seen or heard from Carter Hall—a.k.a. Hawkman—in years. Reincarnated repeatedly since the dawn of humanity, Hawkman has spent his many lives uncovering history’s most fantastic mysteries, and now he has become one himself! Take a journey into the one of the darkest corners of the DC Universe as a mysterious man tries to piece together what happened to Hawkman, and how it all connects to the events of DARK NIGHTS: METAL!