All-Star Batman may have just ended (as a monthly), yet we’re already getting some ideas about Scott Snyder’s next great Batman story: Batman: Last Knight.

Granted, details are scarce right now, but Snyder had a few choice sound bites from NYCC.  CBR has more information, but this was pretty interesting:

Now, even though he had a great multi-year run on the title, Snyder is more than Batman, and has written some great comics besides.  Still, after being so closely identified with a character for so long, it has to be tough stepping away.  It’s a good thing, then, that Snyder has plans to go out with a bang.

“Batman suddenly wakes up and he’s … young… but he wakes up in this post-apocalyptic wasteland, crawling out of the sand in this Gotham City that’s been ruined. He’s got the Joker’s head chained to his belt, but it’s alive and like ‘You gotta move, kid!’ It’s got old Wonder Woman, Baby Superman — it’s like my Lone Wolf and Cub Batman story.”

That sounds fantastic, and Murphy’s got the perfect aesthetic for such a crazy story.  No word on a release date yet, or if this is part of All-Star‘s prestige format rebranding, but we’ll bring you more details as we hear them. 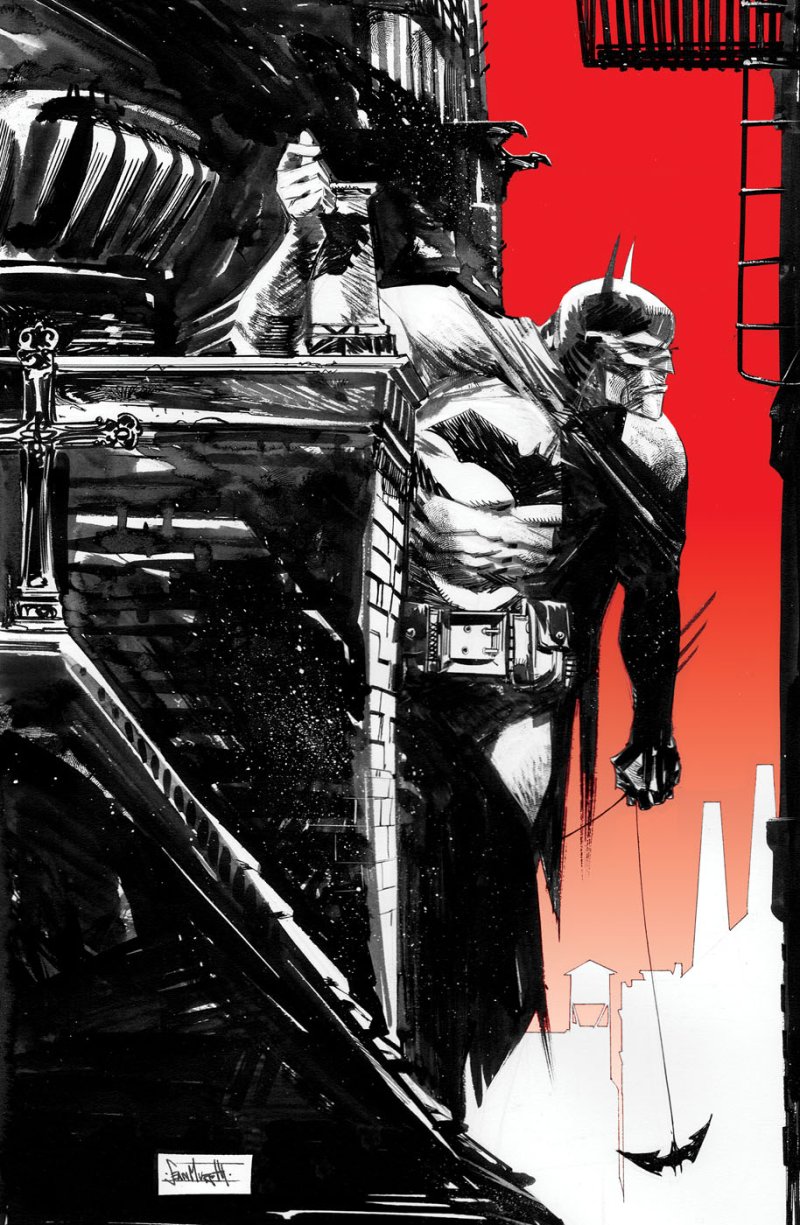 Gotham’s Jerome “Obviously Not The Joker”