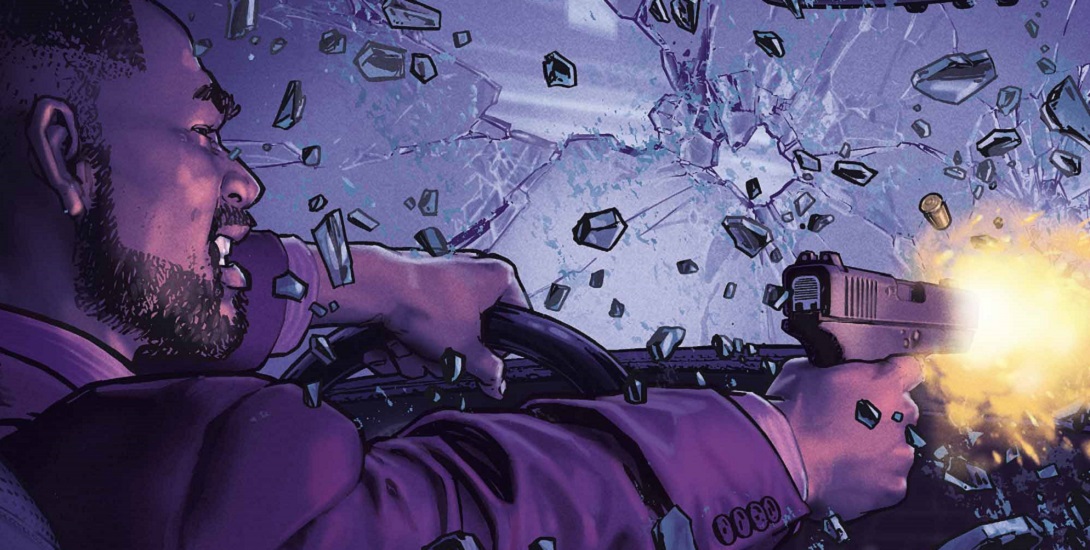 Writer: Bryan Hill (based on a story by Warren Ellis)

With this, the first attempt is made to combine the Wild Storm with the regular DC Universe. The issue explores Michael Cray’s past and how he came to be the assassin readers know him as in Ellis’s Wild Storm. Who was the first person International Operations tasked Cray with killing? Oliver Queen, shortly after returning from the island.

Bryan Hill does a great job playing with chronology. The cuts between Cray as a child and Cray as an adult help build him into the character we know. Subtlety appears to be one of Hill’s strong suits, with offhand phrases telling the reader a lot more about Cray than a lone speech bubble should. It’s this subtlety and non-linearity that create some of the issue’s best moments. It’s confusing to have the story jump all over the place, especially with little to no dialogue, but that only emphasizes Michael Cray’s troubles.

Likewise, Bryan Hill does a good job retelling the story of Oliver Queen’s return from the island. It’s something readers have seen a hundred times and Hill knows this, leaving these scenes dialogue free to help push the story forward.

Tonally this issue feels very different from the Wild Storm. Hill is establishing a more grounded story about a regular guy. Which is a great positive given how far from regular Michael Cray’s life is.

Despite the positives in Hill’s plotting, the issue has a number of drawbacks.

Firstly, without delving too far into spoilers, this is not a great way to link the Wild Storm and the DC Universe. Having characters wear DC related clothes, like the Superman top featured on the cover would have linked well with the subtlety of Hill’s writing. Directly having Cray be assigned to kill Oliver Queen is an odd choice. The issue establishes Queen as a villain. He’s shown to be a cold ruthless murderer, who’s also a misogynist. These scenes clash with the ones of Queen trying to adapt to life off the island. I’m willing to give the series the benefit of the doubt and hope they explain this, but right now the issue has a horrible characterization of Oliver Queen.

Secondly, the artwork is not for everyone. Maybe I’ve been spoiled by the work of Jon Davis-Hunt but N. Steven Harris’s style is just so rough. The size of Michael Cray’s nose changes every page and Oliver Queen’s long hair looks like a wig. The artwork definitely isn’t bad. I can see a link between the messiness of the style and Cray’s life, but when an issue has a series of characters, it helps that they don’t all look vaguely similar.

This is a decent introduction to the series but hopefully it will improve. It doesn’t quite reach the heights of it’s parent title, The Wild Storm, but it does try. The issue’s strengths lie in Hill’s approach to linearity and use of subtlety, but inconsistent artwork and a strange Oliver Queen cause some problems.