Wonder Woman searches for her twin brother using information given to her by Hercules.

I like the cover by Bryan Hitch and Alex Sinclair. Wonder Woman wearing the lion is awesome in a weird and funny kind of way; I hope people cosplay that. 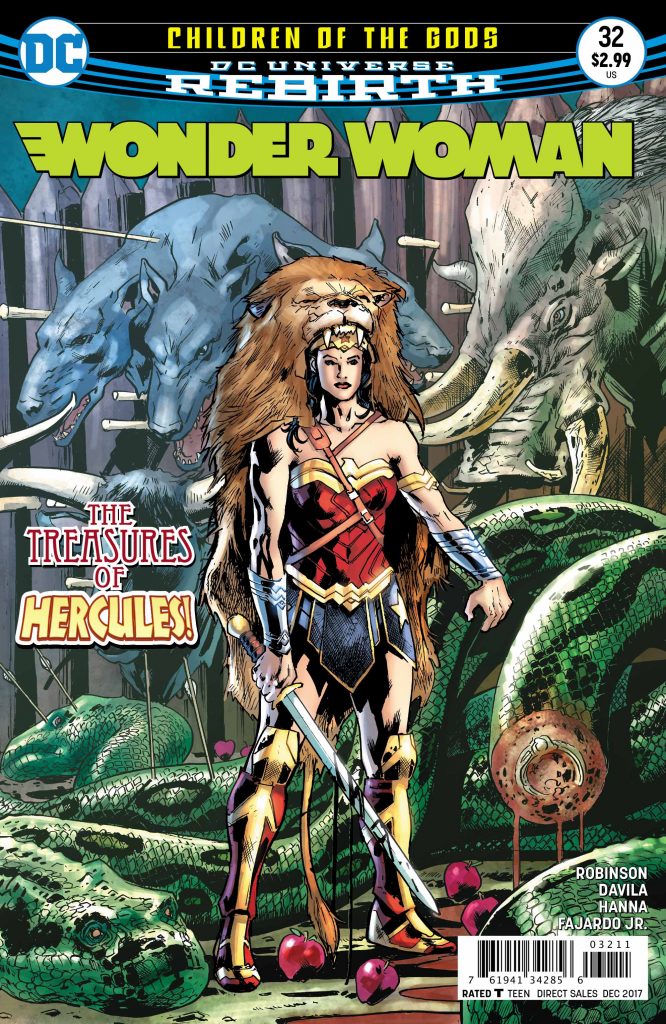 The interior art features pencils by Sergio Davila, inks by Scott Hanna and Mark Morales and colors by Romulo Fajardo Jr. This is a solid team and they produce great work. The first half of the book features a battle with Parademons and it looks amazing. The characters are expressive and distinct and, as usual, Fajardo Jr.’s colors give the book a unique look that separates it from a lot of other books.

I like the idea of Wonder Woman being confronted with the idea that Hercules is a person. He’s been a legend for so long that the idea of him just living surprises Diana for a second. That was a nice moment. 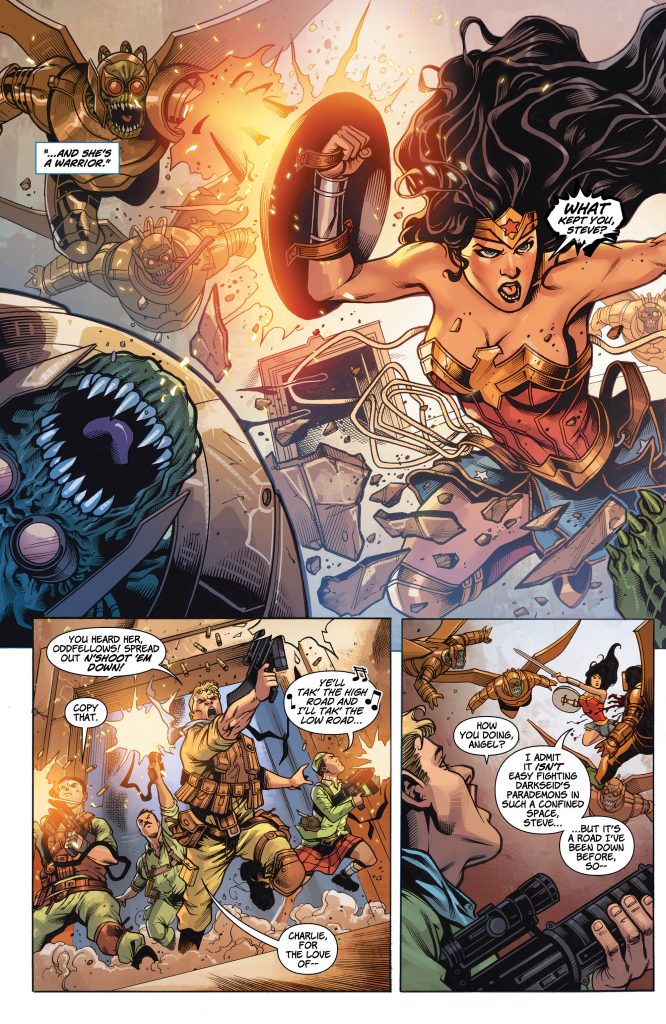 While the parademon is cool and looks great, it goes on a little long and is kind of pointless. A.R.G.U.S. has been tracking energy surges consistent with Apokolips, which should be confirmation that Grail is up to something, but the issue uses the action scene to give further proof. Except the plot gains nothing from this encounter other than Diana seeing for herself that parademons are on Earth. Quite a bit of the book feels like padding to me.

I’m not sure how I feel about Hercules. In most Wonder Woman stories, he is the one who imprisons the Amazons which leads to their exile. Granted, I know very little about the New 52 version of events and Rebirth made it unclear whether any of what we learned there is even true. He says he regrets his actions but making Hercules sympathetic is a weird choice in the context of a Wonder Woman story.

The dialogue still feels off to me. There’s a lot of exposition given through it and never in a way that feels natural. There aren’t enough interactions that feel like genuine human conversation. It mostly feels like information dumping. There is a solid exchange between Diana and Steve during the battle in regards to Steve essentially being eye candy and more scenes like that could really help.

This is an okay issue. The art is great which especially helps the big action scene. I like some of the ideas and I’m still interested in the story. But the issue feels a little padded to me; not enough happens. Sometimes this happens when stories are trying to fill up a trade so they have to be stretched to six parts, even if it’s unnecessary. I don’t know if that’s the case since this is only part two, but that’s what it feels like. And the issue could read just fine in context with the rest of the story. But on its own, it isn’t great. I recommend waiting for the trade.