Wonder Woman and Conan are forced to do battle in the arena.

I love the cover by Darick Roberston and Tony Avina. The image of sharks chasing Diana and Conan is just cool and hilarious. It sets a fun tone for the book. 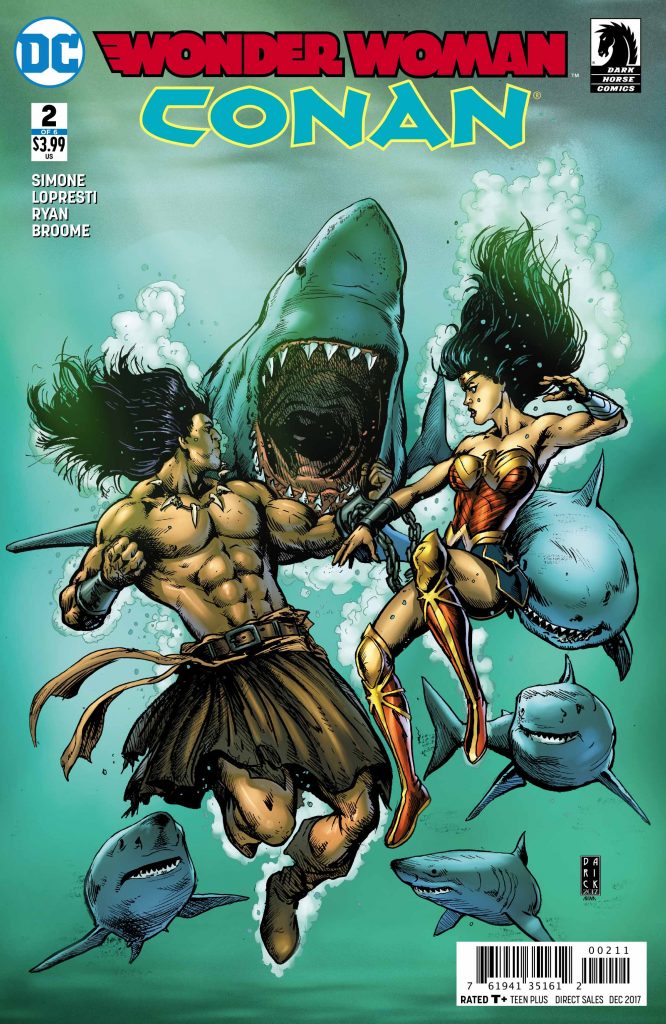 The interior art features pencils by Aaron Lopresti, inks by Matt Ryan and colors by Wendy Broome. The art is gorgeous. Both characters look great; they’re distinct and expressive. Lopresti’s Diana is one of my favorite versions of her. 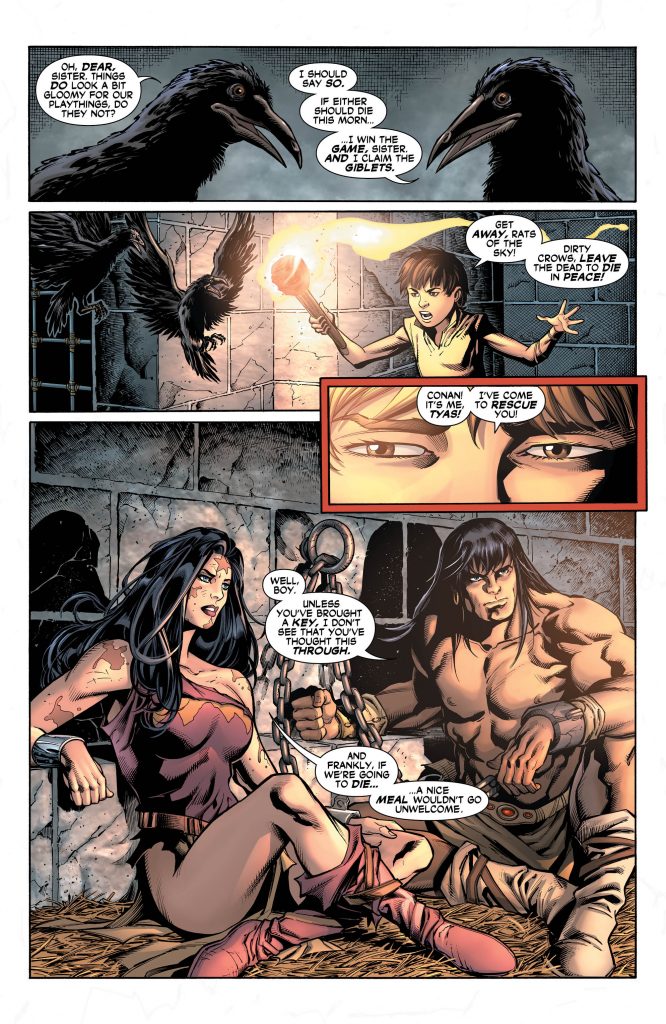 I like the mystery involved with the issue. Diana obviously has amnesia but it’s unclear how that happened. I also like the little touches of Wonder Woman mythology. Conan observes that Diana is noticeably weaker when she’s chained. I think it’s more psychological in this instance but I think that’s a nice touch.

The two characters have very distinct voices that makes the book really fun. Gail Simone writes engaging dialogue and interesting narration. The book is a lot of fun even when it’s just two people talking.

This is a great issue. The art is gorgeous with expressive characters and dynamic action. The title characters are a lot of fun and engaging whether they’re talking or kicking ass. It’s a fun book and I highly recommend reading it.