In the late ’60’s and early ’70’s one of the hottest creators around was Neal Adams.  While he’s remembered for his work on Batman and Deadman, his output was not particularly prolific.  However, the work he did was memorable and iconic.  50 years after his first appearance, Deadman is back in a six issue limited series with the writer/artist most associated with him, Neal Adams.  Along for the ride in this first issue is Adam’s other favorite character – The Batman. 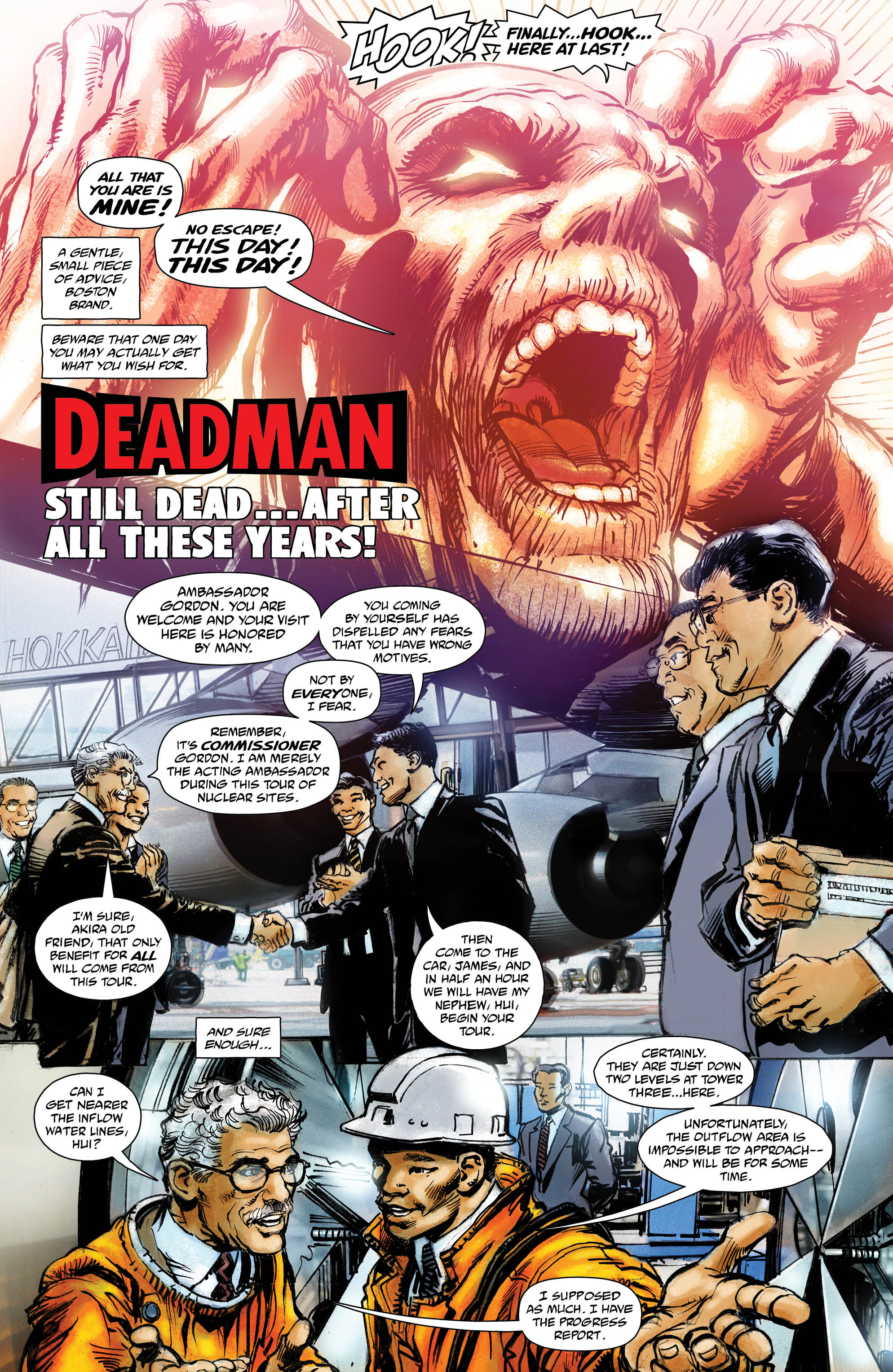 Issue #1 opens with Commissioner Gordon as acting ambassador to Japan for a tour of nuclear sites.  It’s not long before we realize something is not quite right as Gordon is staring at his own face.  Boston Brand, aka Deadman, is in Japan lamenting the failure of capturing and bringing to justice the man known as the Hook, the man who assassinated him in life.  He recalls the Hook’s seeming death at the hands of the Sensei of the League of Assassins for the Hook’s failure in murdering him as Boston Brand.  Failure?  There’s a lot more to the story here as we relive the past through Deadman’s agony. 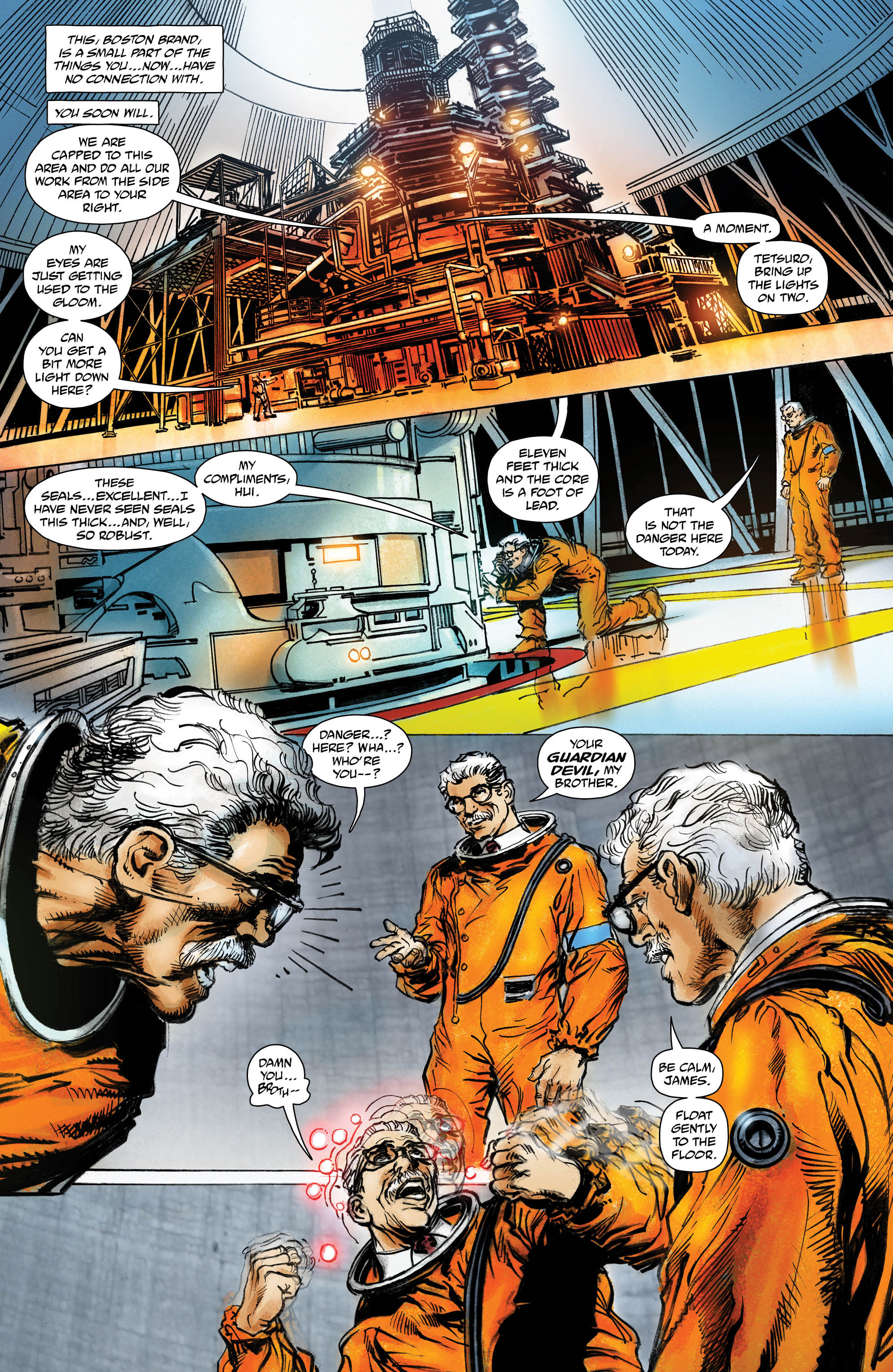 Deadman realizes Gordon’s in trouble as he sees the Hook among the workers at the nuclear plant and realizes that he’s the target of an assassination.  Deadman “jumps” in to help and soon realizes that Gordon isn’t Gordon.  Gordon is Batman in disguise.  The two stop the assassins and in the process, Batman reveals that he killed the Sensei.  Deadman’s not been assuaged of his vengeance just yet.  Not believing that Batman actually killed the Sensei, Deadman shows up at Wayne Manor as Gordon is recounting his strange tale of not quite realizing he was being impersonated. 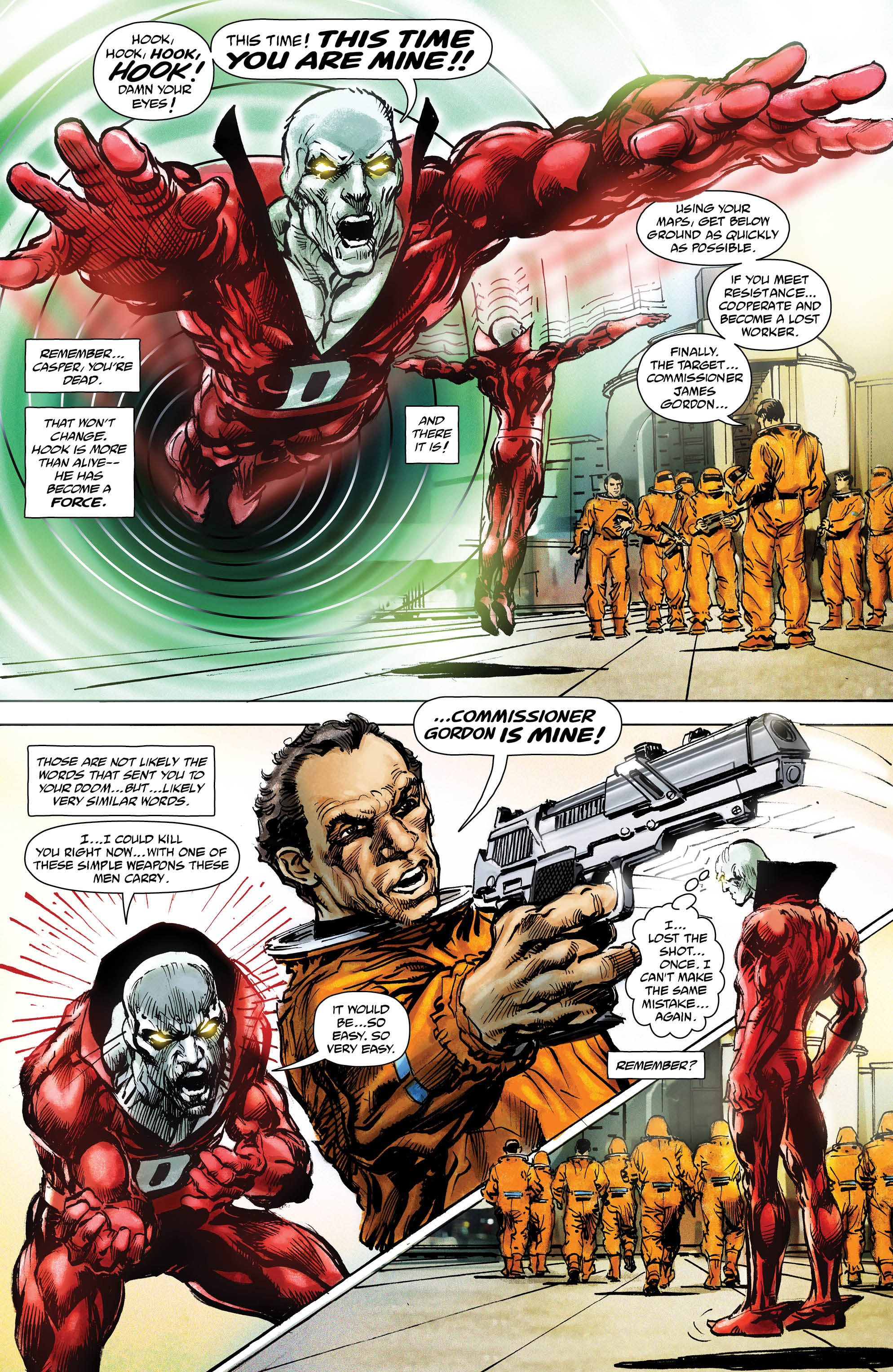 Deadman has it in for Batman, but gets a clue from the Dark Knight in an address in Hong Kong.

There’s no denying that Neal Adams has still got it.  Despite his style changing slightly, he still brings an incredible sense of drama and excitement to his storytelling.  It’s really enjoyable to read a comic that feels as if it was created in the ’70’s.  There’s a lot in this issue, and that’s good.  Adams is able to recreate the vibe of those old tales and take the reader back to a time when comics were made differently.  There’s no denying that storytelling has changed over the years, but it’s just as true that what were great comics then are still great comics. 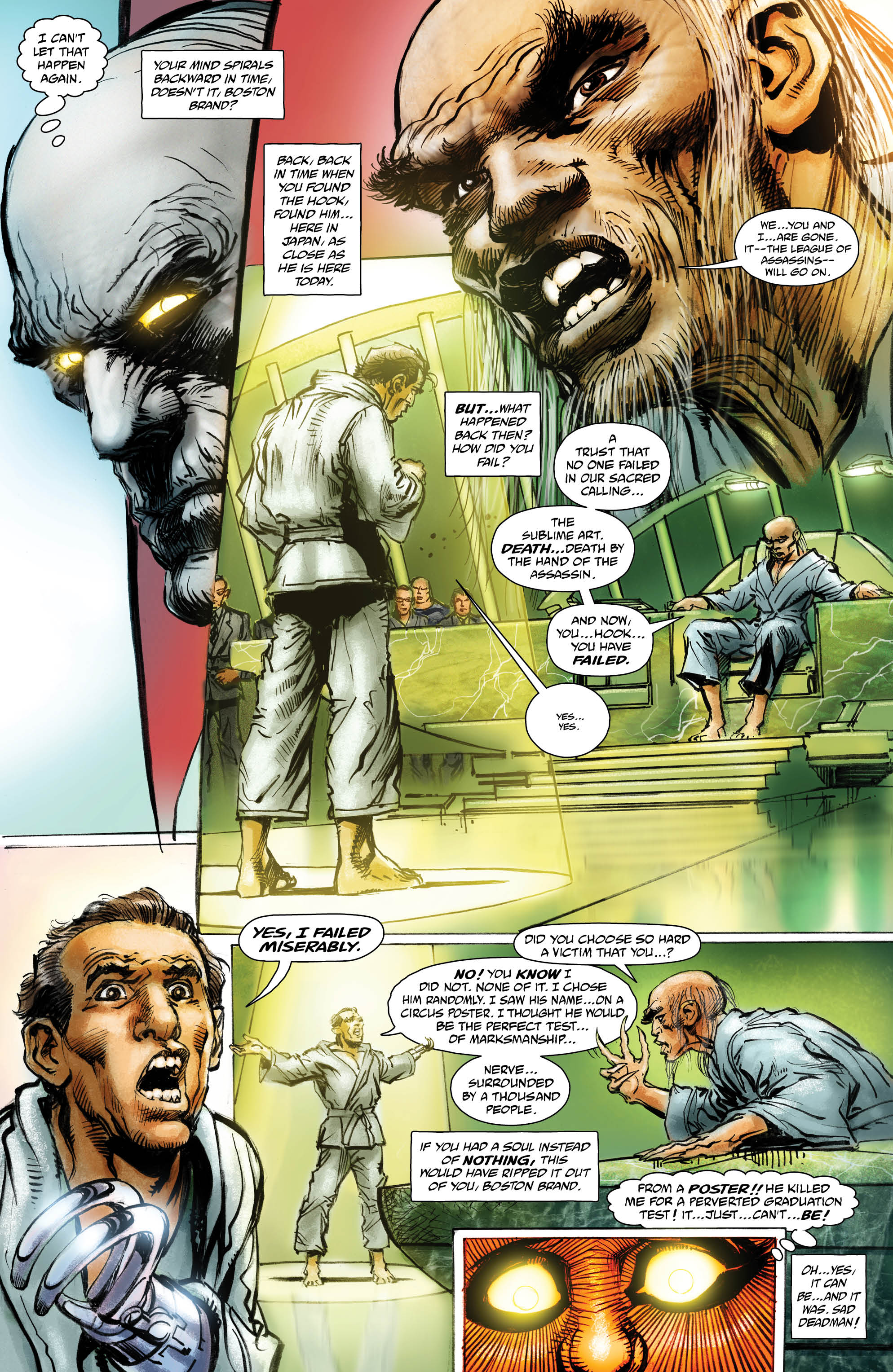 Perhaps the device that is most telling is the “off-the-wall” twist.  In this case it is the Gordon is Batman reveal.  It’s done in such a way that is confusing at first, and then exposed in a way that makes perfect sense.  It’s not as clandestine as some current mysteries – it just feels different.  It’s a real difference in storytelling.  Don’t be concerned that Adams is short on character despite being long on technique.  He makes every effort to bring the pathos of Deadman and the multi-faceted nature of Batman to the foreground in order to make this story feel genuine. 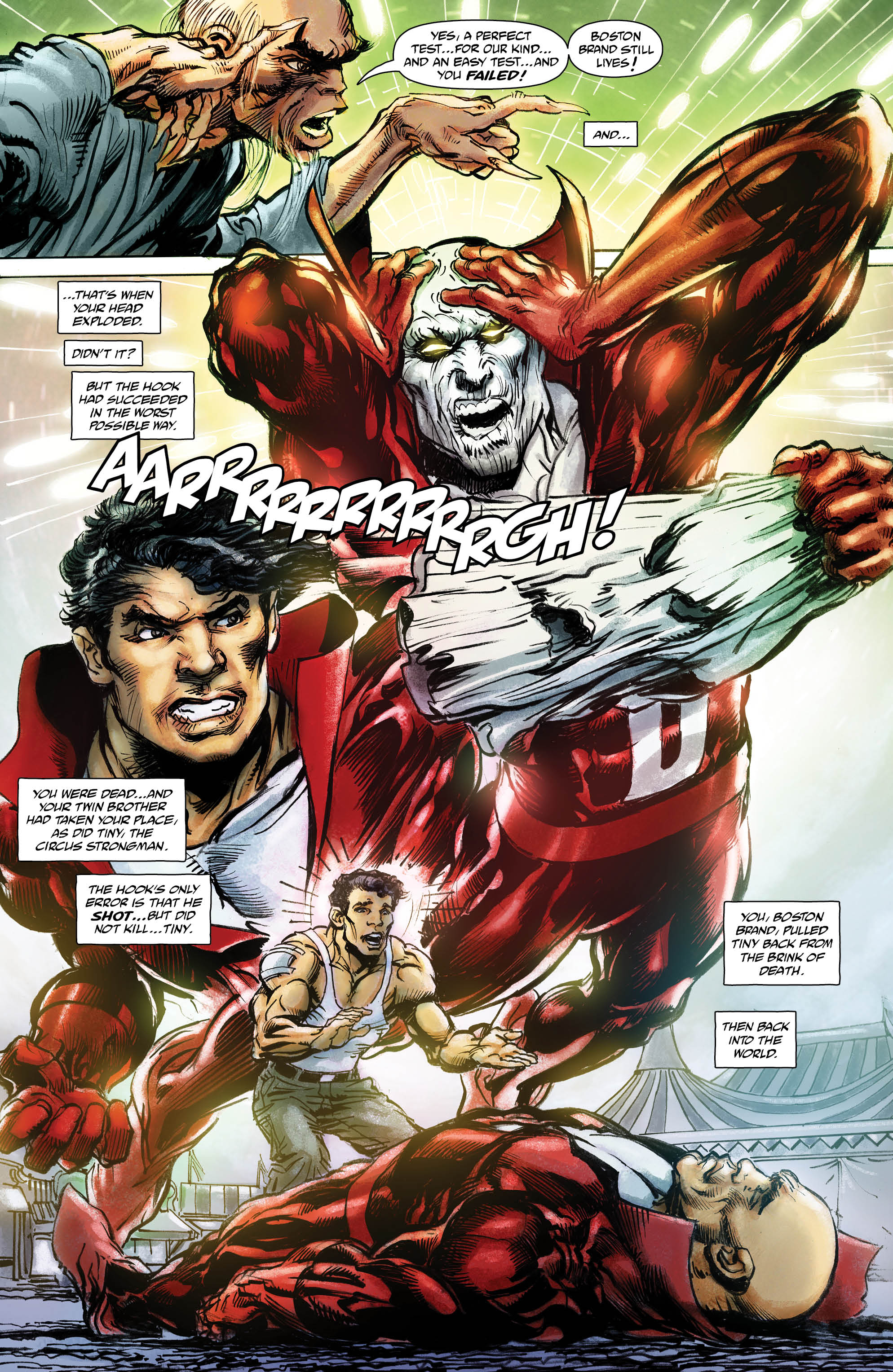 Those unfamiliar with older comics may not find this a treat, and feel a little lost.  However, by the end of the issue those in doubt should be won over. 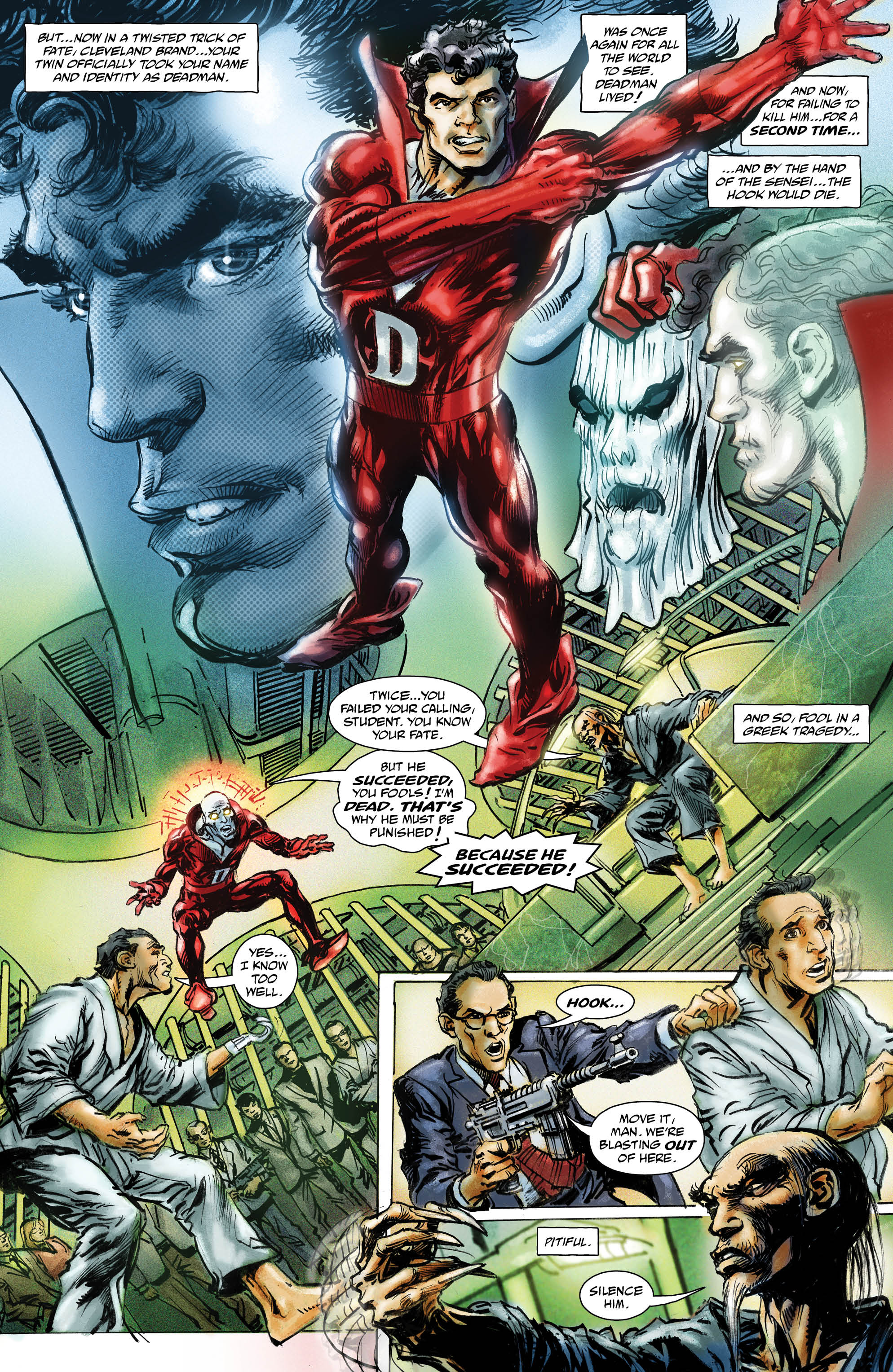 Perhaps this is part of Neal Adams’ farewell tour.  He’s already done a Batman story and a Superman story.  Deadman is one of those characters instantly associated with Adams.  Neal Adams hasn’t lost anything in the years since he first made his mark in comics.  It’s a treat to relive his past glory in a story of new glory.  The echoes of the past are equaled by his current work.  What’s next, Green Arrow/Green Lantern?

Deadman has always been a bit of an offbeat character, and Adams utilizes this to the best of his ability.  Adams recreates the feel of those original stories masterfully while creating a new mystery for Boston Brand to solve.