“CHILDREN OF THE GODS” part five! As a fevered battle with Darkseid rages between Wonder Woman and the dark god, the Amazon warrior must choose between saving the lives that hang in the balance and ending the threat before her forever. 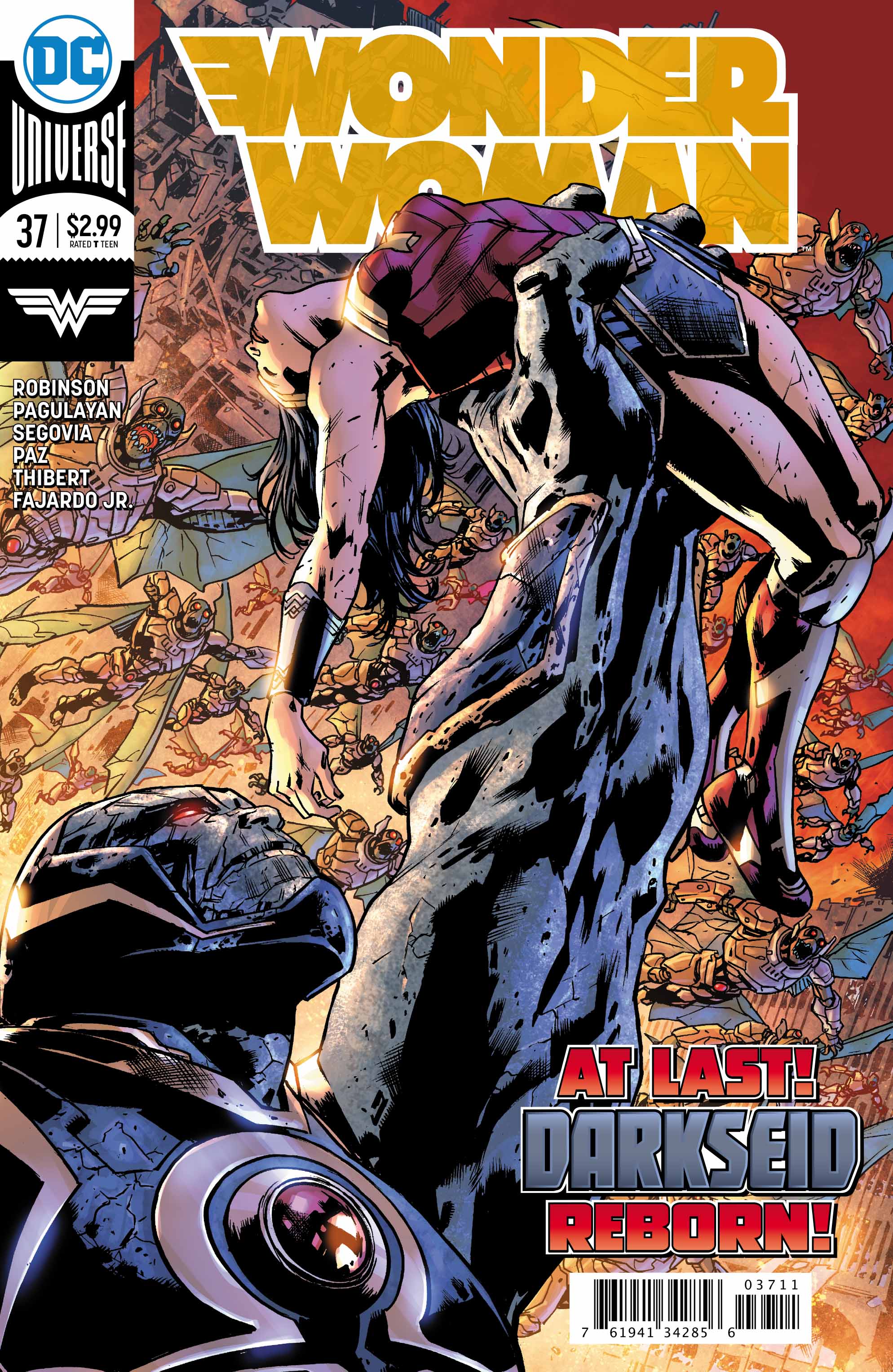 The cover by Bryan Hitch and Alex Sinclair is well drawn. It’s a foreboding image and that’s cool.

The interior art features pencils by Carlo Pagulayan and Stephen Segovia, inks by Jason Paz, Art Thibert and Raul Fernandez and colors by Romulo Fajardo Jr. The team has to provide imagery of insanely powerful gods fighting each other; there is a scope and grandness expected in this scenario. The team provides some pretty cool art. Their work carries the issue and is exciting.

While I think the cover looks cool, it does spoil the issue entirely. Fully formed Darkseid is on the cover which makes it obvious that he wins the fight.

Diana narrates the entire issue which is a personal pet peeve; I hate narration. At least it is obvious she is telling the story to Steve, so it isn’t traditional narration. But it is unnecessary. There are several moments in which the art speaks for itself but the narration spells it out anyway. I can tell when Diana is angry because I can see it on her face; I don’t need her to tell me.

This is a solid issue. It’s a cool fight with some great art that is worth seeing. The narration is obnoxious but it doesn’t kill the issue. It’s an enjoyable read.