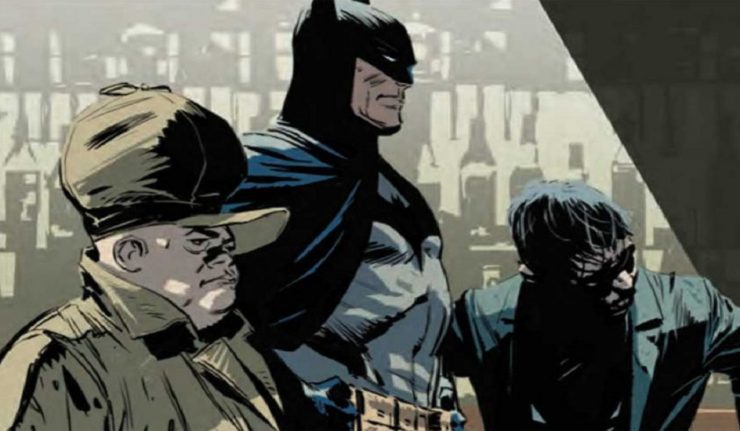 The talent that has graced the pages of the Batman comics has become a rite of passage, to prove to the world that you belong with the best. One of the best talents to touch these books is Tom King and his sometimes artist, Lee Weeks, who last teamed with King on Batman Annual #2 and Batman/Elmer Fudd Special. King recently tweeted of Weeks’ upcoming arc on the main Batman title for Mr. Freeze:

“The incredible [Lee Weeks] is coming on to the main Batman title,” King tweeted. “Which is cool for us, but less cool for Mr. Freeze.”

Weeks also confirmed this on his Instagram, this week, as he has making posts with some of the upcoming art:

WIP from today's page. Feeling a groove today and hoping to milk every drop out of it before I put the brush down for the night. #inking #dccomics #batman #thedarkknight #drawing #cameramovement #inkingwithabrush

“I’m ready for my close-up, Mr DeMille”. I can announce my upcoming arc in the regular Batman title — featuring Mr. Freeze. Beyond excited to be getting back together with @tomking_tk and @elizabreitweiser. #dccomics #batman #mrfreeze #drawingcomics #comicbooks #batmancomics

Their last two collaborations have been pure joy for Batman fans, and their upcoming work on the Mister Freeze arc will more than likely set a new standard for alliances.