Bane is going to war! And to take down Kobra in their lair, he’s going to need an army. Travel around the world with the Man Who Broke The Bat as he assembles his own dirty half-dozen of faces familiar and new. Who has the stuff and who can he trust? The breakneck pace continues as co-creators Chuck Dixon and Graham Nolan raise the stakes for Bane and his new crew! Come in for the kill! 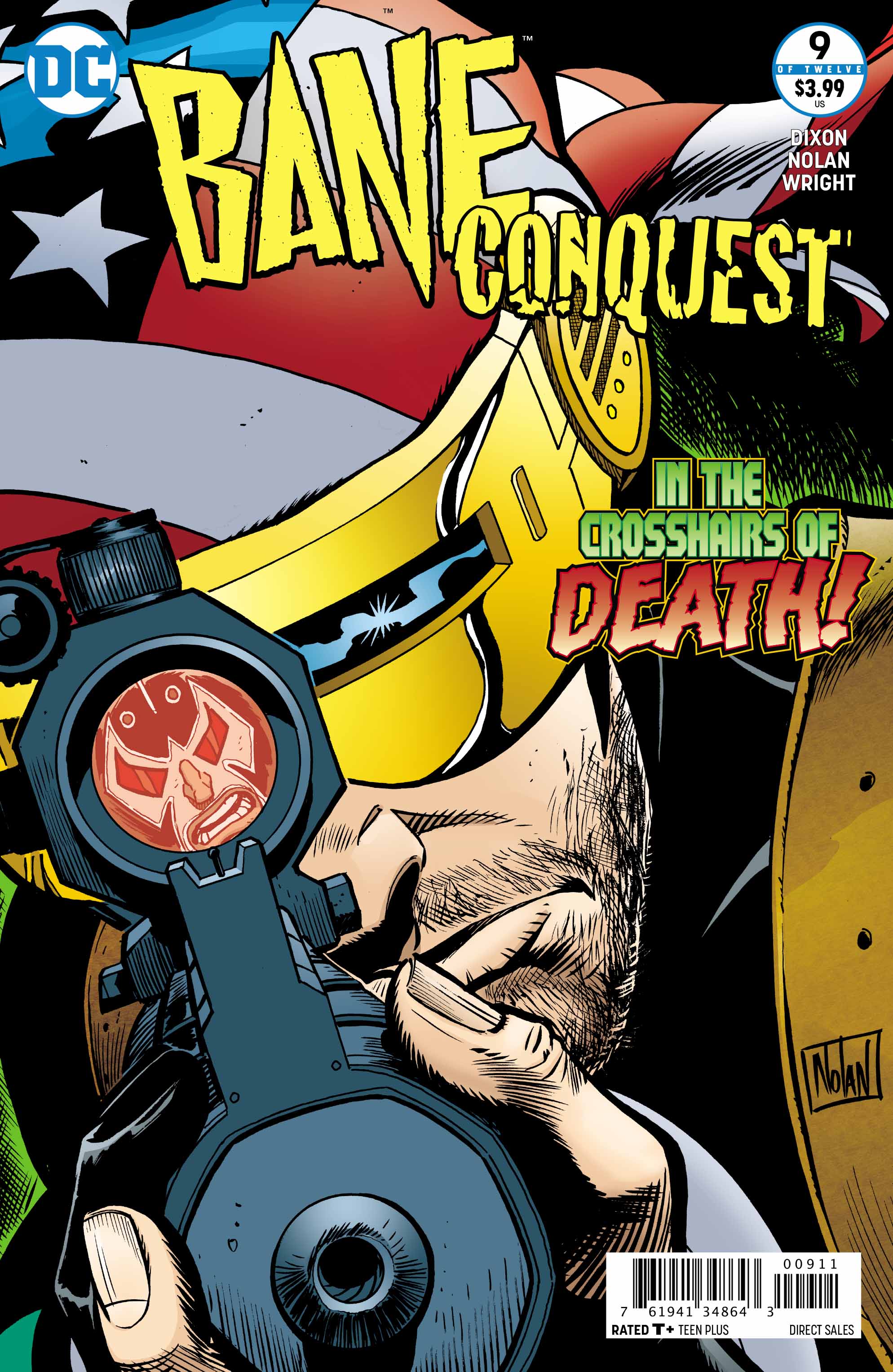 It’s always great seeing Bane be the brute.  We know he has both brains and brawn, but he can be one of the most brutal people you’d ever come up against, and I feel like we haven’t seen a whole lot of that in this series.  The image of him standing there with bloody machete was intense.  He’s definitely not afraid to get his hands dirty.

I love that Bane is building his army.  He knows exactly what he wants and will get it at any cost.  He has pulled together an eclectic group of individuals to help him hunt down and destroy Kobra once and for all.

And for those Graham Nolan fans like myself, he left a fantastic little easter egg in the scene in the Naja-Naja’s nursery.  If you’re familiar with his humor-based comic strip, Sunshine State, than I’m sure you caught it. 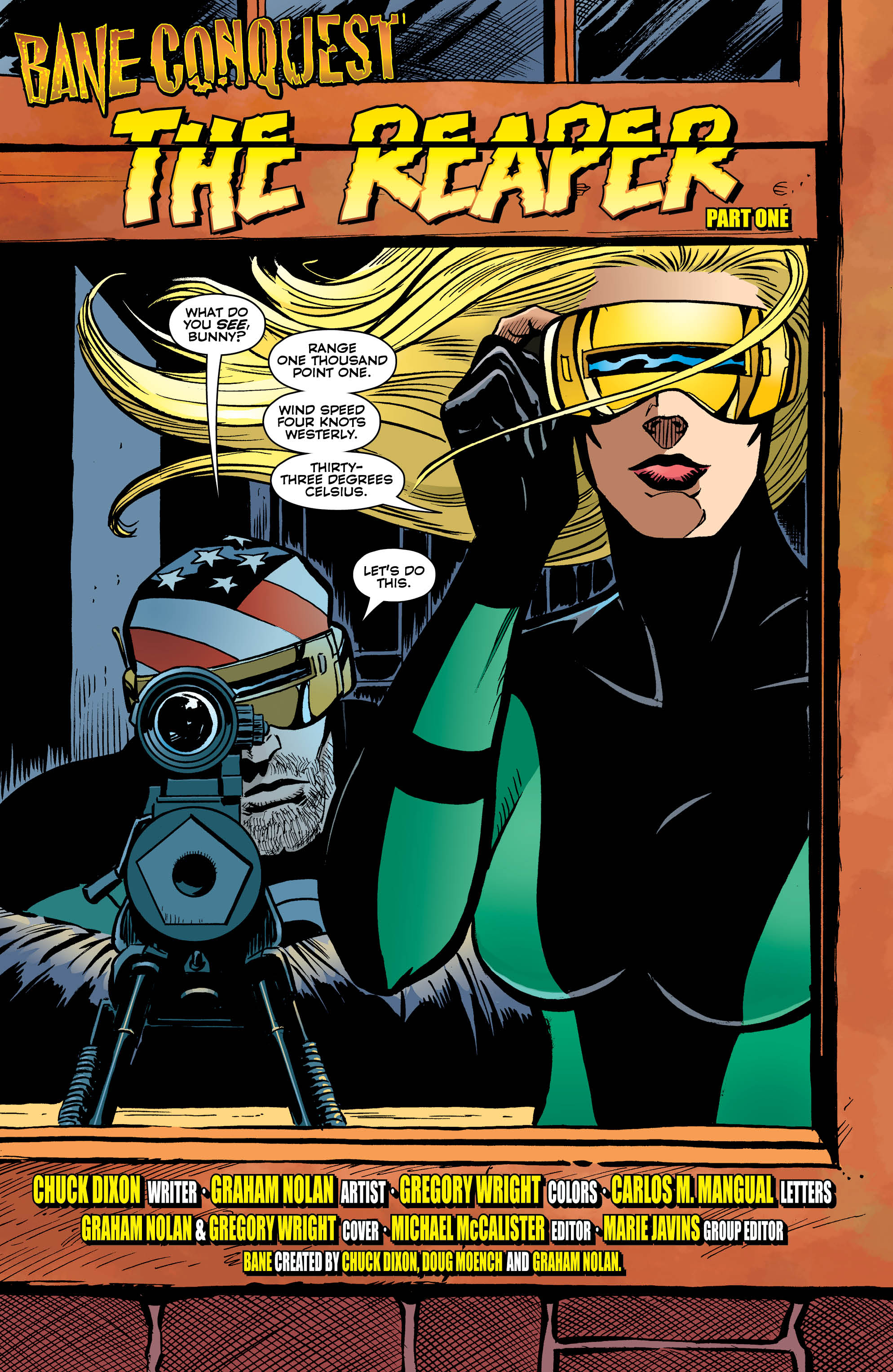 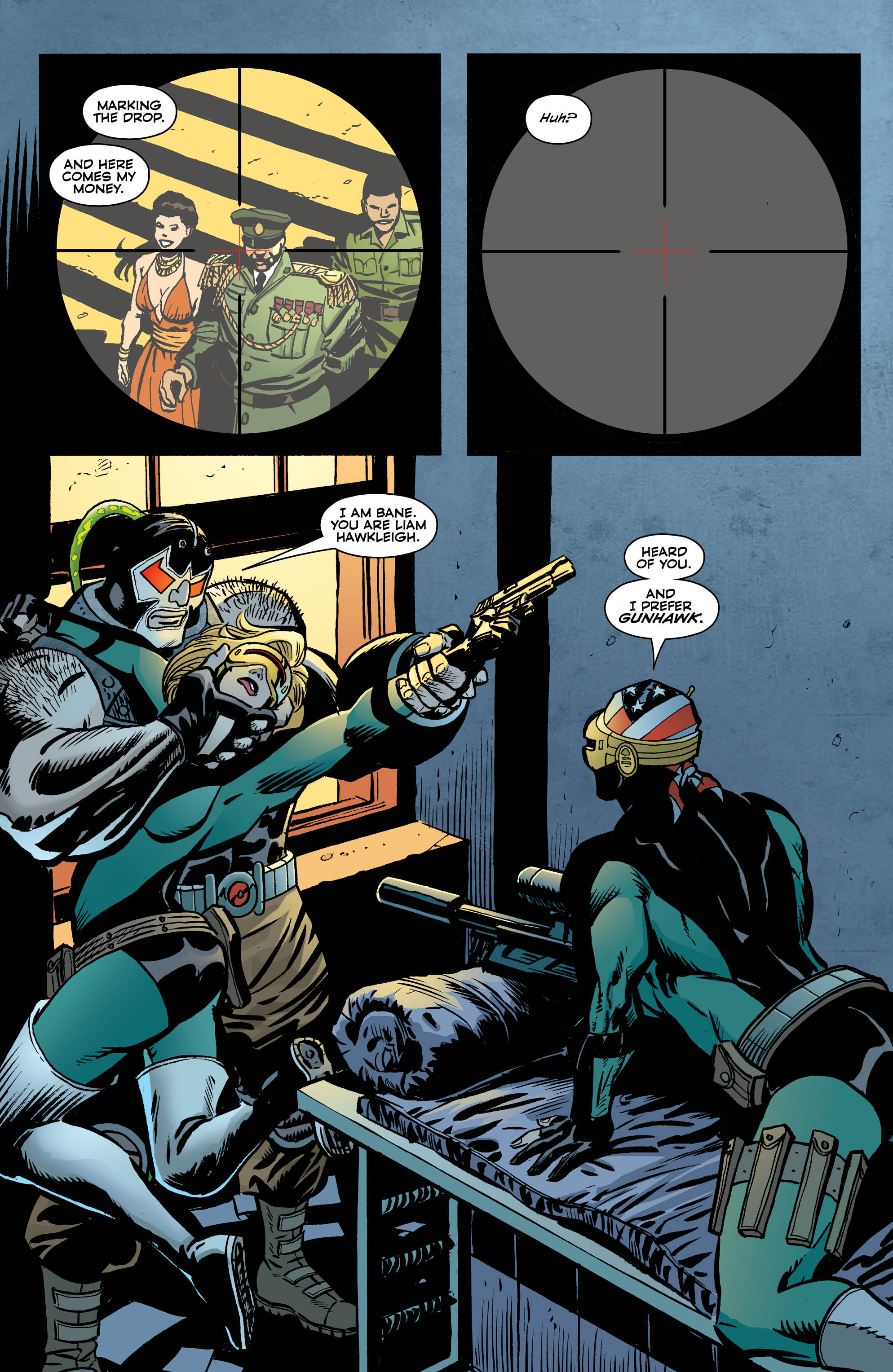 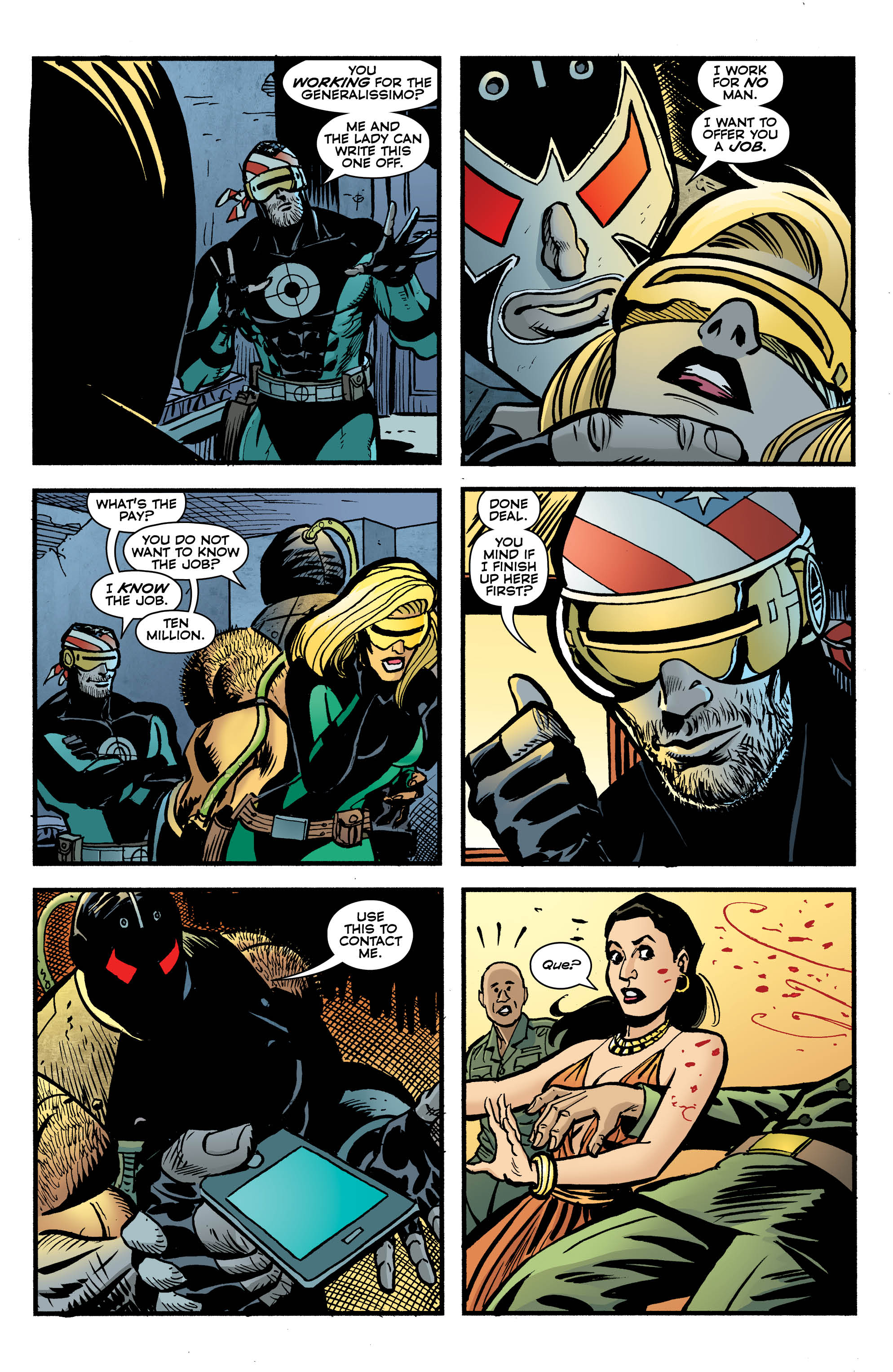 Unfortunately, the few positives can’t outweigh the negatives in this particular issue.  I love that Bane is building his army, but the pacing from one scene to the next was a bit jarring.  It just really didn’t flow very well, which is surprising, as Chuck Dixon has been great in this series up to this point.

It also felt a tad bit boring at times.  I understand that we’re gearing up for the finale, which I’m sure will be spectacular, but I need a bit more that what we got.  Maybe have Bane torture the Kobra minion for a bit first, and then when he doesn’t talk, bring in Zombie to do his thing.

Also, we got a quick appearance by Steppenwolf.  Steppenwolf? Why is he here?  Is Kobra and the Naja-Naja somehow linked to him and/or Darkseid?  I really wish we had gotten a bit more of this story.  And where’s Batman?  He popped back up in one scene last issue, but was nowhere to be found here.

And finally, the ending of the issue seemed a bit abrupt.  So much so that I had to go online and see if maybe my digital copy was missing some pages at the end, which it wasn’t.  It just ends in an anti-climactic way. 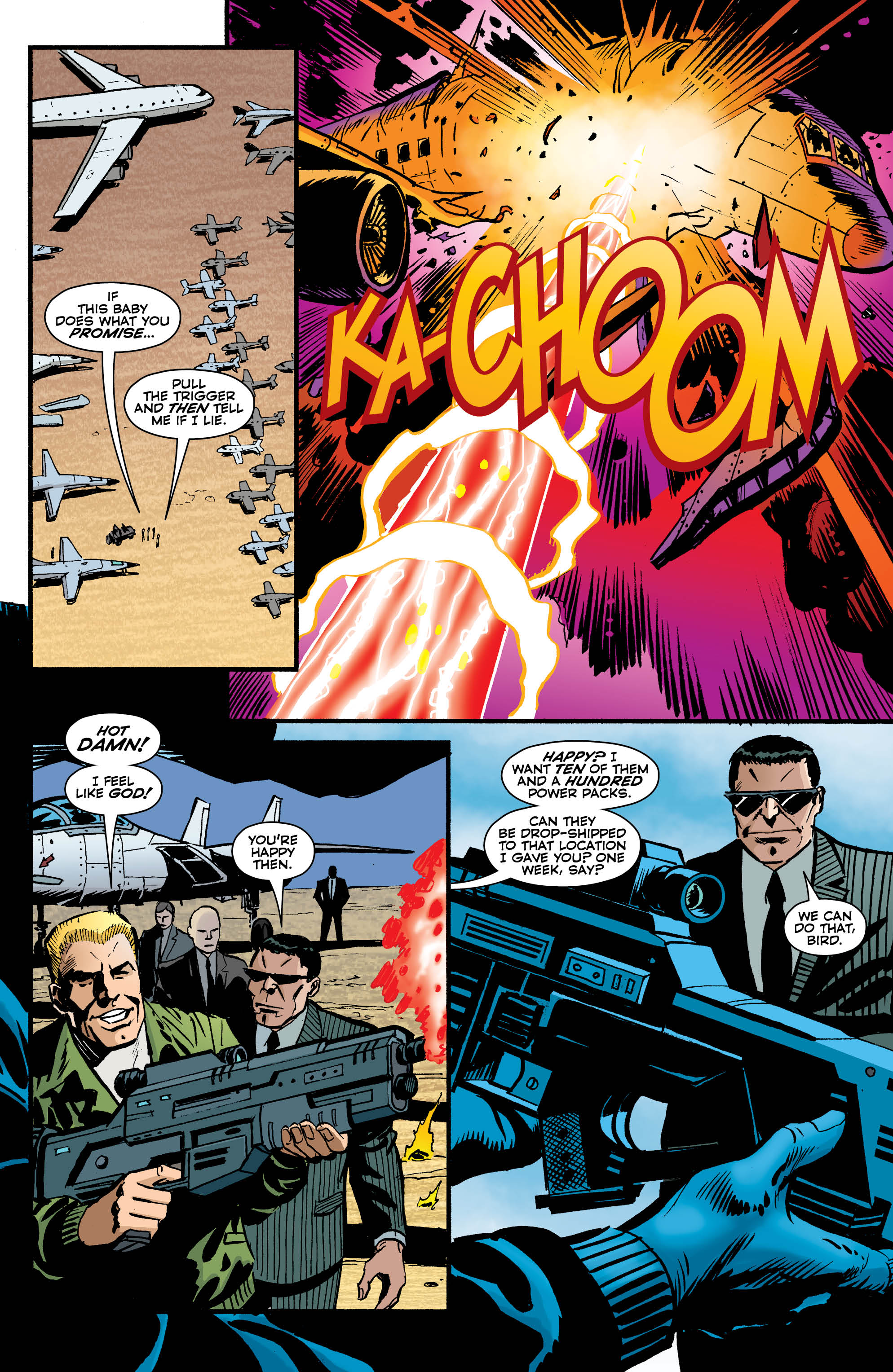 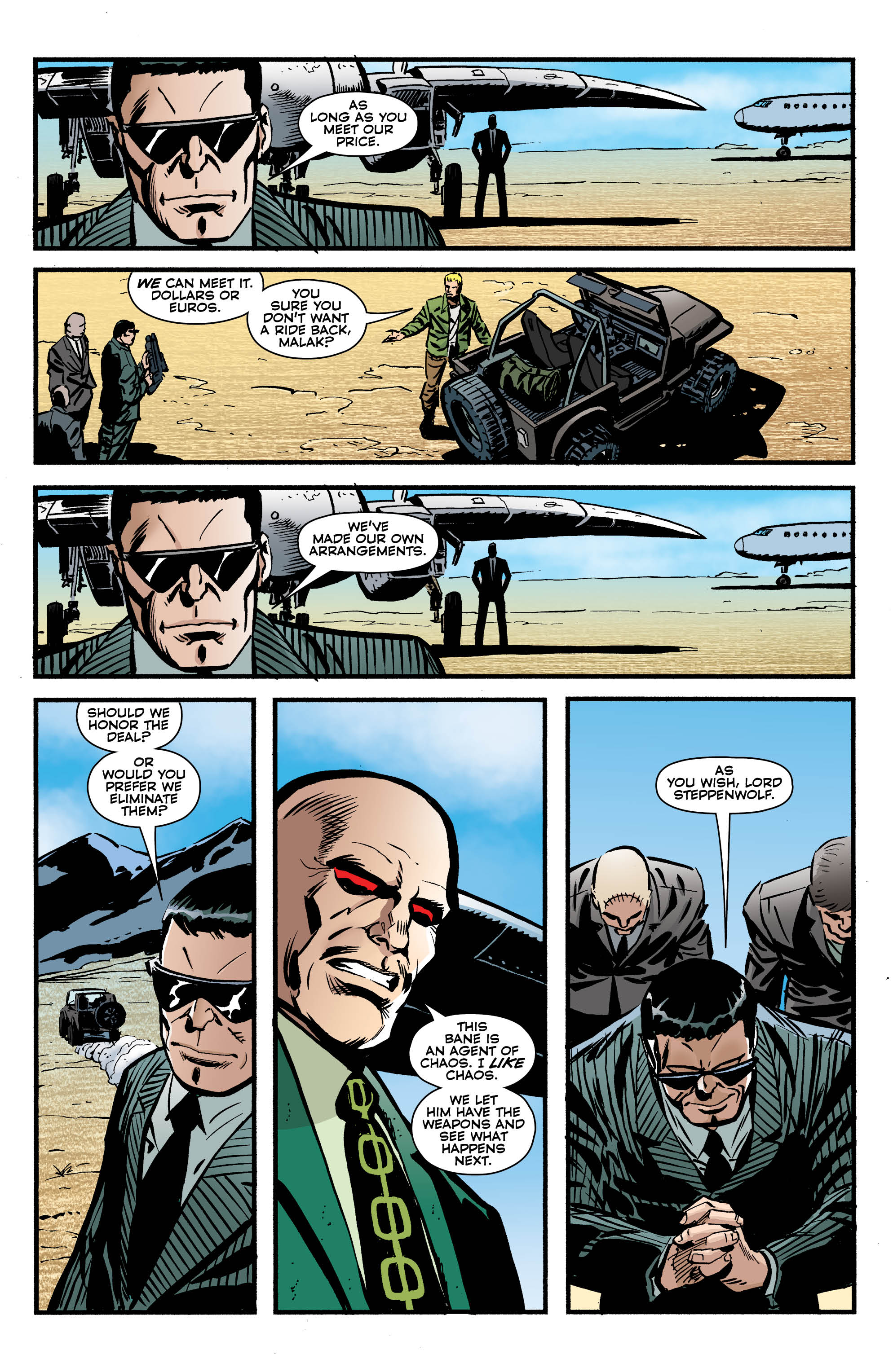 Overall, this was my least favorite issue of the entire series so far.  I didn’t hate it, but it just didn’t live up to the previous 8 issues.  It was a bit disappointing.  But, hopefully next issue will ramp back up and lead us into the all out war we’ve all been waiting for!

Review: The American Way: Those Above and Those Below #6