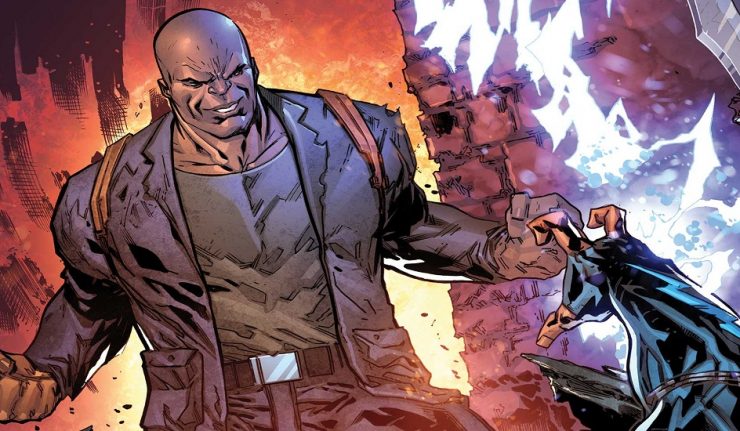 Black Lightning! Tobias Whale! Face to face for the first time! With Cleveland still recovering from last issue’s terrorist attack, the two archenemies will battle in the ruins of a secluded landmark for the future of the city. Oh, and in case you were wondering, yeah, it’s a trap. A trap designed to end Black Lightning once and for all!

The issue opens on a somber note as it highlights the deaths of two police officers, who were married, that were killed in last issue’s terrorist threat, giving the reader actual consequences to these events. We also see Jefferson as a teacher, where his connection with children makes his character that much more endearing to the reader.

We also get a different twist on another canonical character. This time Lynn is an assistant principal where Jefferson teaches, and she is British, which is ironic as the same character in the TV show is played by a British actress.

Lastly, we finally get a face off between Black Lightning and Tobias Whale, one which is more “knock down, drag out” than one would expect, and where one of Jefferson’s longtime allies suffers a fatality.

Buy, as this book serves two fronts: one, giving the reader a different look at the character than what is on television, and two, showing just how important it is to have this character as an ongoing character in the DC Universe.