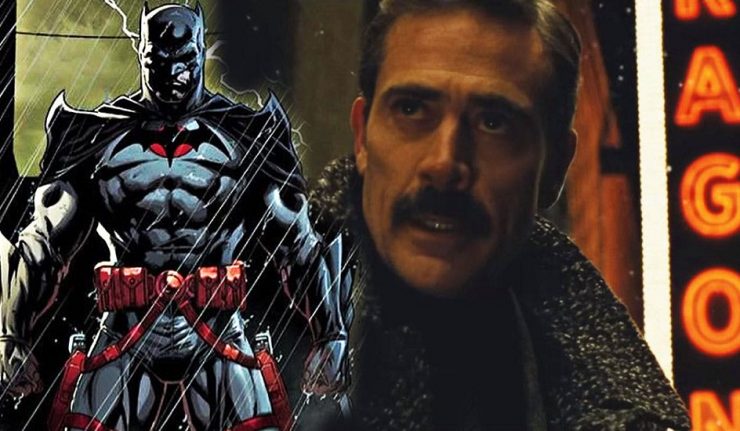 Jeffrey Dean Morgan has been terrorizing fans over the past few months in his role as Negan on The Walking Dead. But it was not that long ago that he was playing Thomas Wayne in Batman v Superman: Dawn Of Justice. He recently was asked in a conversation about whether he was open to reprising his role but within the Flashpoint timeline.

Here is what he had to say:

“Look, I’m not going to lie. Zack Snyder and I talked about doing Batman together when we did Watchmen. I think it was both he and I’s favorite character and favorite story….And what I know about the Flashpoint Batman is, you know, for me, I think he is not only the darkest of the Batmen, but the coolest. And I love his whole storyline and who he is and the tortured soul of it all.”

And here is what he said on the likeliness of this happening:

Out of all the possible actors who could play Thomas or even Bruce Wayne, at this point Jeffrey Dean Morgan seems to be the most intriguing choice, one that would go against the trend of whom they have been casting, but one that I believe fans would believe in the Cowl.