In a dramatic finale to the Ghosts of the Past story arc, Simon finds himself vicariously standing between Jessica, as Power Ring, and the two men that killed her friends. Giving into the fear and the anger, Jessica let’s Power Ring take over and she sets the forest of her memories on fire.

Outside of the blackhole of Cruz’s memories, the Justice League and Constantine have a huge shock when the black hold disappears! After giving into her emotions, Cruz feeds Singularity Jain! The Villain attacks fast, sucking the entire league into herself, placing them in prisons of their own fears.

Quick witted as ever, Constantine grabs Jessica’s sister and bolts into the Green Lantern’s house. He manages to find Cruz’s ring and with it, is able to contact Baz. Together, Baz and Constantine reach out and are able to help Cruz and the League and pull them out of their dread. Baz is able to help Jessica, showing her that what happened to her is horrible but it doesn’t have to control her. She can enjoy the memories of her friends instead of only ruminating on the trauma. That together they can work together and help each other be happy.

United once again, the Justice League burst forth from Singularity Jain and is able to bring her down!

By the end of this issue, Jessica Cruz’s will power wins her the fight over Singularity Jain, but it has further unintended consequences. By accepting her past, and accepting the Power Ring, she has unintentionally altered her ring. This has upset the Guardians and thus Hal Jordan has been assigned to bring down the villain, Power Ring. 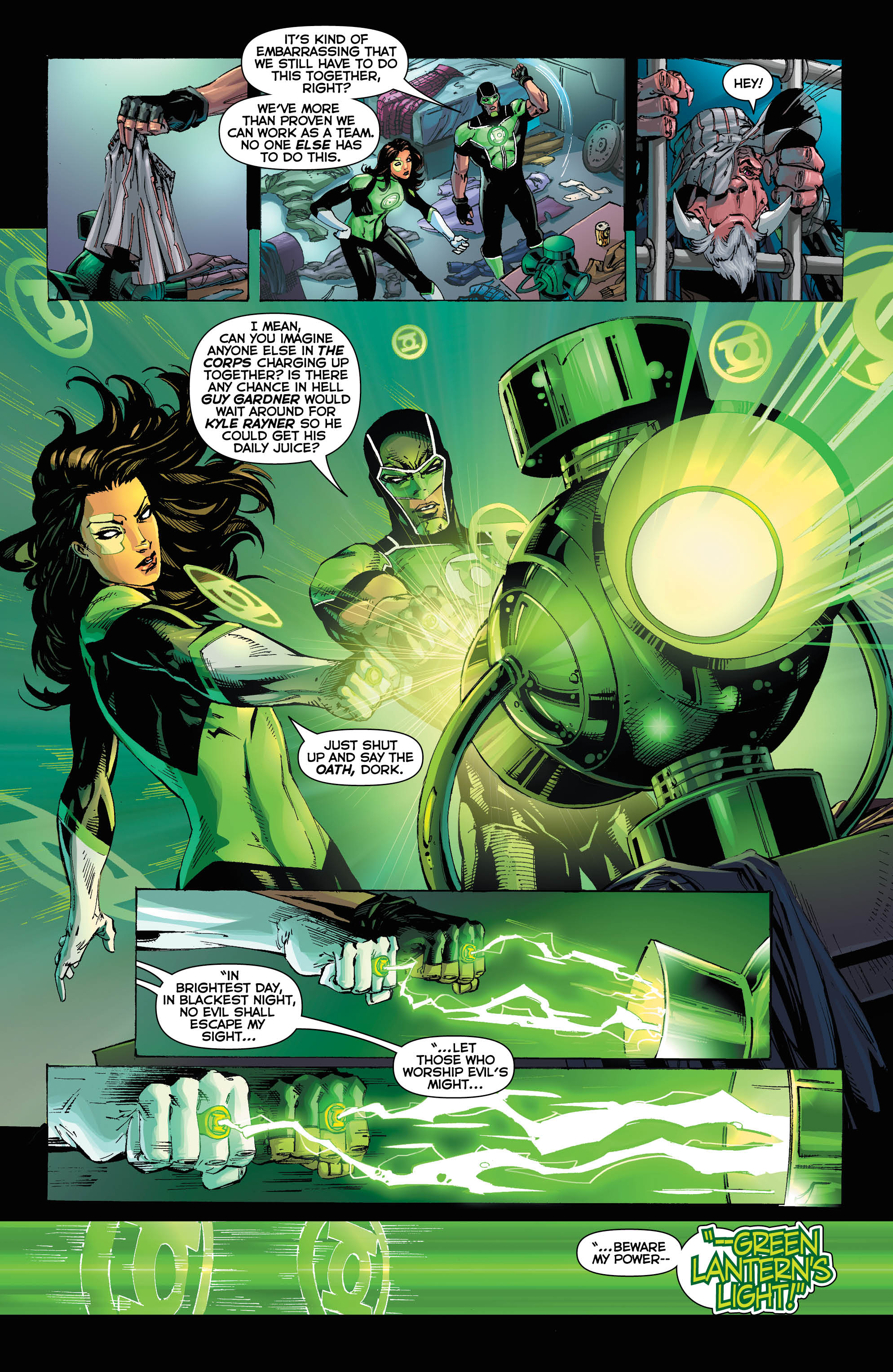 As a bittersweet cherry on top of the events in Jessica’s life, now her acceptance of herself means that she needs to deal with what Power Ring made her do, and the harm she caused!

While almost every panel in this issue is filled with fire, destruction, and combat, or emotional growth and touching scenes between the Lanterns, only two pages really feel impactful and read worthy. The rest feel almost like filler because of how big and out-of-hand everything gets for what is a deeply personal and character specific event. This story would almost have been better if it didn’t have the Justice League.

A shift of focus from the League to just the two Green Lanterns would make this a much more powerful story and give it the personal feeling it should have.

Green Lanterns #47 is a powerful and emotional tale that brings Jessica Cruz further in her personal journey and connection to Simon. While the Justice League occupies a lot of the pages, Jessica finds a way to shine.