Ted Kord May Finally Show Up In ‘Arrow’ Season 7 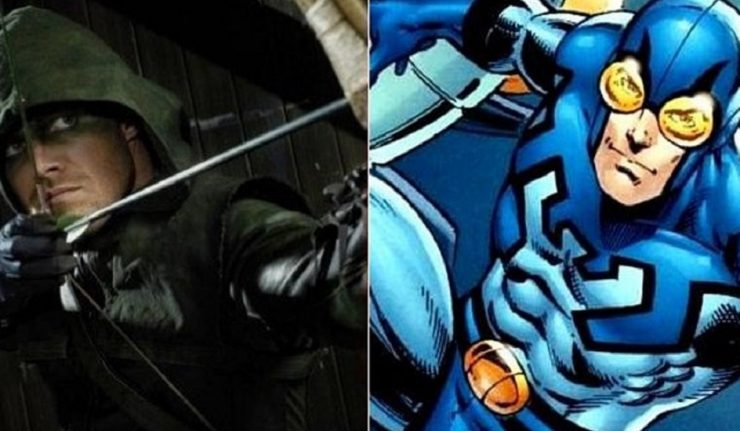 A casting call recently went out for the upcoming seventh season of Arrow and may hint at Ted Kord (aka Blue Beetle) finally joining the cast. The casting call also mentions two other new characters, who could be any number of established characters from the DC Comics universe.

Created for Charlton Comics by the legendary Steve Ditko in 1966, Ted Kord was a brilliant inventor and gifted athlete who used his talents to fight crime as the Blue Beetle. DC Comics would later acquire the rights to the character in the mid-1980s, integrating him into the main DC Comics Universe following Crisis On Infinite Earths. Ted would go on to become a member of the new Justice League and form a long partnership with Booster Gold.

The details of the casting call were revealed by That Hashtag Show. While the notice does not mention Ted Kord by name (which is standard practice for casting calls on high-profile projects), it does offer a character description which sounds something like Ted Kord in the comics in several respects. The character is described as a Caucasian Male in his mid-30s who is “an intelligent and homosexual technological entrepreneur” who has “gone through tragic losses in his life” which he hides, leaving him “struggling with shaping new relationships with others.”

The only part of this description that doesn’t fit Ted Kord perfectly is the character being gay. Yet even that had been hinted at (albeit usually in a joking manner) in Ted’s “bromance” with Booster Gold and the only time Ted was depicted as having anything close to a romantic relationship with anyone was an online flirtation with Barbara “Oracle” Gordon in Birds of Prey. Curiously enough, there were plans to introduce Ted Kord into the Arrowverse during Arrow‘s third season. Unfortunately, the rights were tied up in a Blue Beetle series that didn’t come to fruition, and the character was reworked into Ray “The Atom” Palmer, who is current part of Legends of Tomorrow.  However, Kord Industries has been mentioned several times over the last six seasons, so it was just a matter of time before he showed up.

The casting call goes on to describe “Konomi Rhodes” – a woman in her late 20s or early 30s with a background as a military tactician and street fighter, who is specifically described as being half Japanese and half Caucasian as well as “a formidable fighter who ends ups clashing with the heroes of Star City.” The specific reference to her being half-Japanese has some speculating this could be a way to  introduce Emiko Queen – Oliver Queen’s half-sister and the Red Arrow in the current reality of DC Comics – into the reality of Arrow. There is also some speculation that Konomi could be Lady Shiva – the deadliest martial artist in the world of DC Comics and a figure curiously absent from the Arrow mythology so far, given her long association with the League of Assassins. The final casting call is for “Jessie Bowden” – an 18+ Caucasian female and rookie cop on the SCPD Police Force, who is determined to bring down the city’s vigilantes at any cost.

Arrow season 7 will air Mondays on The CW starting Fall 2018.