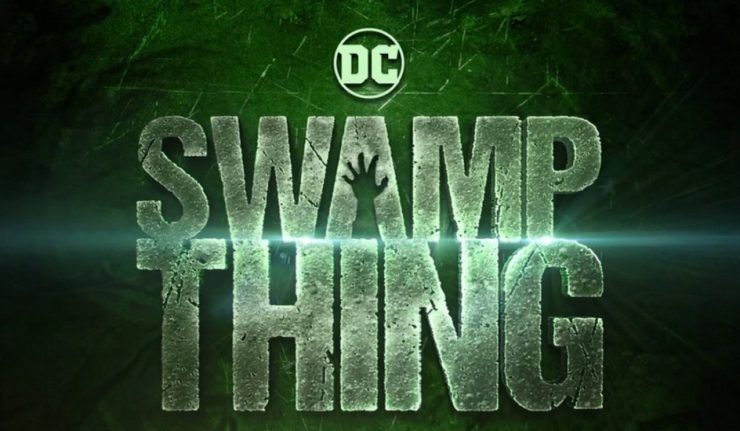 A casting breakdown for the Swamp Thing series currently in pre-production for DC Comics’ upcoming streaming service, DC Universe, has revealed the show’s principal characters. Not surprisingly, they are Abby Arcane and Alec Holland.

Created in 1972 by legendary comic writer Len Wein and artist Bernie Wrightson, Swamp Thing was one of DC Comics’ first attempts at a new horror series, in the wake of the first wave of revisions to The Comics Code Authority, which allowed for the publication of monster comics and horror titles. The series focused on Alec Holland – a scientist who was transformed into some sort of swamp monster following an attack on his lab. Holland would go on to form a friendship with Abby Arcane, the niece of the mad scientist Dr. Anton Arcane, who saw Holland’s transformation as a means of gaining immortality. Their relationship later became more intimate, when writer Alan Moore took over the series, and revealed that Swamp Thing was not really Alec Holland but an earth elemental who had absorbed Holland’s memories. This idea has fallen out of favor in recent years however, and Alec Holland was reestablished as Swamp Thing during DC’s New 52 revamp.

That Hashtag Show broke the news on the casting breakdowns, which can be viewed below. The breakdowns suggest a drastically different background for Abby Arcane, who is now a doctor with the Center for Disease Control rather than an idle heiress from a wealthy family.

[ABBY ARCANE] Female, 30s, smart, private, professional, something of a loner, Abby works for the Center for Disease Control in Atlanta, which has sent her to her hometown of Houma after ten years away to check out the worrying “Houma Flu.” After losing her mother at age 8 and bouncing through a series of foster families, Abby suddenly left Houma after high school to study medicine. Abby is good at her job but currently in the doghouse with her boss. Struggling with a secret that’s prompted her leaving and now the need to pop pills when necessary, Abby is apprehensive about going back home to Houma, and things are indeed awkward with her high school ex, Matt, who remained in Houma and became a cop. Abby hits it off immediately with a Sunderland Corporation researcher, Alec Holland, but soon discovers that her own efforts, like those of Alec, are considered suspect by the townsfolk, who aren’t happy with her feeling that it’s best to shut down the swamp (where the locals make their living) as they investigate the flu. Abby has her hands full with a potential epidemic, a town full of hostiles, and a strange but alluring “Shape Of Water” romance with a creature borne from the swamp. SERIES REGULAR

[ALEC HOLLAND] Male, 30s, smart, a bit of a hot-head, determined, passionate about his work, Alec works for the Sunderland Corporation (which is apparently building a hospital in Houma) as an independent researcher, where he’s discovered a connection between the swamp and the Houma flu. Alec hits it off immediately with CDC researcher and Houma native Abby Arcane, and the two of them are much alike, each wanting more out of life, interested in science, and not having much of a love life. Alec is not a big hit with the rest of Houma, however, who view him with suspicion if not open hostility. Alec is determined to persevere despite the town’s hostility, but it’s clear that the Swamp has its own plans for Alec when he undergoes a strange transformation into a swamp-based creature with abilities he could never imagine. SERIES REGULAR

It is unknown what other characters from DC Comics might make an appearance in the upcoming Swamp Thing series. The description for Abby suggests that Matt Cable – the government agent who became Abby’s first husband in the comics – will be a member of the show’s supporting cast. Hopes are high, however, that a certain blue-collar British magus, who first appeared in Alan Moore’s run on Saga of Swamp Thing might put in an appearance at least once. Hopefully Matt Ryan will have some time to pop in when he isn’t filming Legends of Tomorrow.