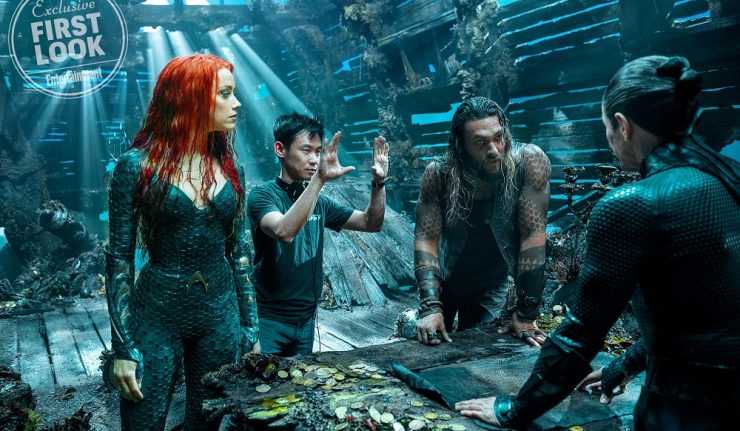 As the much-anticipated release of the first trailer for Aquaman approaches, more and more pictures keep being released to fuel the hype.  Just recently a new photo surfaced from the production of Aquaman and it more than just fuels the hype, it makes the anticipation of the trailer release that much more exciting.

The scene shows a showdown between Kin Orm (Patrick Wilson) and King Nereus (Dolph Lundgren) in a place known as the Council of the Kings that honors the original kings of the Seven Kingdoms.

The scene shows the Atlantean army on great white sharks with King Orm (Patrick Wilson) sitting on his massive “tylosaur” with Vulko (Willem Dafoe) stationed behind him.  The opposite side is King Nereus (Dolph Lundgren) and his men riding sea dragons.

When asked about this scene, Producer Peter Safran says that:

“(James Wan) wanted to create these fearsome creatures as a way of subverting the comic image of Aquaman riding a seahorse.”

The first trailer for Aquaman is set to be released at San Diego Comic-Com in July, and the full-length feature is set for theatrical release on December 14th.