We’ve all seen images of the upcoming DC film Shazam, but most recently Warner Bros. have released an offical still photo of Zachary Levi as Shazam! Time to get excited DC fans because there will be more to come. The photo cam from Entertainment Weekly, and in an interview with Shazam director David Sandberg he commented on the iconic costume:

“I wanted to keep the shorter cape as a throwback to the original because that’s something that sets him apart from Superman or Batman,” Sandberg said. “It makes him feel a bit more Golden Age superhero, which is the vibe I’m going for.” 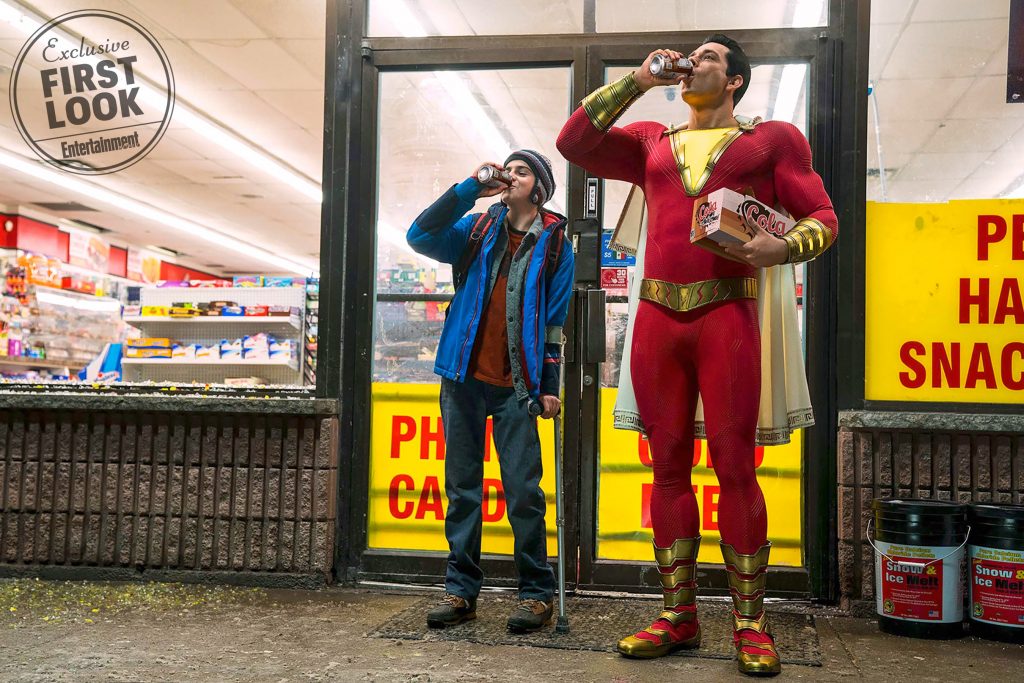 Shazam smashes into theatres April 5th, 2019, comment and let us know what you think.