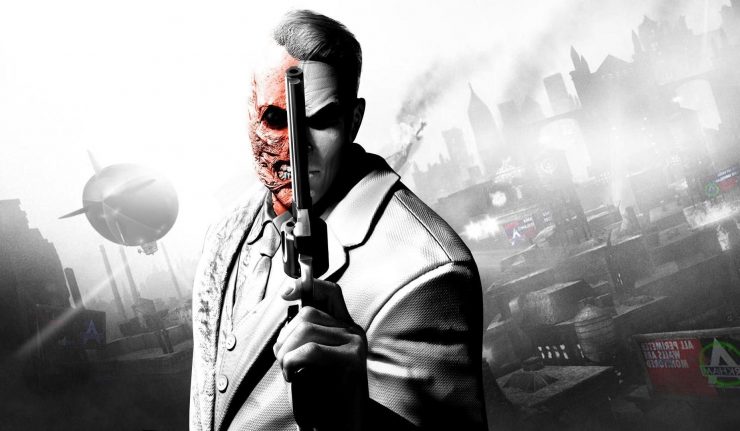 Batman is not short of villains, by any means, when it comes to saving Gotham City.  Recently, James Robinson was given the task of writing an arc of Detective Comics, and when choosing a villain, he chooses his favorite, Harvey “Two-Face” Dent.  Robinson is aware that the “twists and turns” of Two-Face have been explored before, so he is looking to write the character from a different angle; an angle which includes adding Tweedle-Dee and Tweedle-Dum and a different version of Firefly to the mix.

Before the start of his run with Detective Comics on September 12th with issue #988, he spoke about his approach to Two-Face and why he is excited to write the character again.

Robinson explained the beginning of his love for both Batman and Two-Face:

“Every since when I was a kid, finding a second-had 100 page Batman comic that was all three of the Two-Face stories.  People forget that, where the Joker and Catwoman and the Penguin were Batman villains that began in the 1940s and appeared throughout the entire run of the comic, Two-Face was done in three 10-page stories.  Then he was cured at the end of it.  Harvey Dent had a happy ending with his girlfriend.”

When asked about his pitch to write Tweedle-Dee and Tweedle-Dum, Robinson added:

“I was talking to my editor, Chris Conroy, who’s fantastic, by the way.  He’s one of the best editors that I’ve had.  And I told him that I wanted to write Tweedle-Dee and Tweedle-Dum a little bit.  He was like, those guys are so dumb.  And I was like, no, no, no, I remember Brian Azzarello making them really cool and creepy.  I want to do something like that.  And he was like, oh, OK, yeah, yeah, yeah.  So there’s a little bit of them in it.”

In closing, Robinson spoke to the fans and told them what to expect in his arc for the upcoming run in Detective Comics:

“It’s an action packed, visually-dynamic mystery involving Two-Face, the Fireflies, and a little bit of Tweedle-Dee and Tweedle-Dum.  And we’ll get into the whole dichotomy of the schism of Two-Face and Harvey Dent.  I know that stuff has been mined and used by a lot of writers, but it’s always fun to have a go at doing that.”

So there you have it, multiple Fireflies, some Tweedle-Dee and Tweedle-Dum, and an amazing take on Two-Face from one of the greatest writers inside DC Comics.