Review: Injustice Vs. Masters of The Universe #3

The assault on Superman’s fortress, known as The Oracle is underway! Thanks to the powers of He-Man and Orku, their abilities are enough to shatter the Brainiac power grid! Across the universe in Enternia however things are getting worse with the invasion of Darkseid, as Cyborg, Man at Arms and others engage in their own type of war. 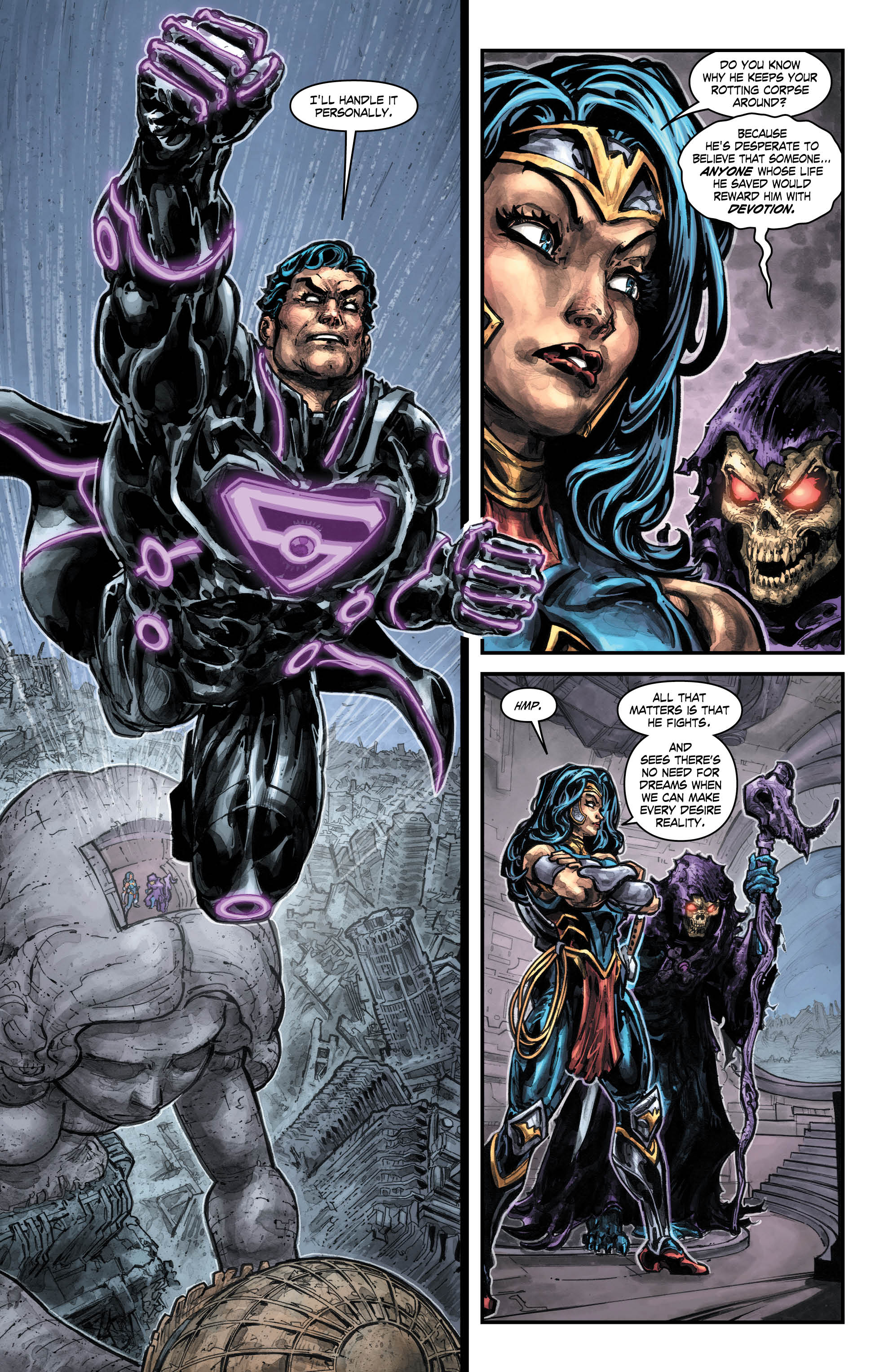 Seeley gives you action at all directions in this issue, and it’s hard not to notice. Thanks to the actions of Damian Wayne, also known as Batman, He-Man is now here and ready to bring Superman to justice. Using his powers to infiltrate The Oracle, Superman’s watchtower and the controlling base of Wonder Woman’s “Suicide Squad”. Thanks to his magic, He-Man shorts out the tower and is able to partially wake up Bruce Wayne–who’s mind had been used for finding targets throughout the planet. It’s in this brief period we have an emotional moment between Damian Wayne and Bruce, who recognizes his son in the cape and cowl and calls out to him. On the other end of the universe, we also find that He-Man is needed on his own homeworld as Eternia finds themselves invaded by Darkseid and his parademons. Launching an attack on Castle Grayskull itself, Darkseid has already destroyed the central prison of Eternia, giving him an endless horde of parademons to invade the castle with Steppenwolf leading the assault. Cyborg is pretty essential in this issue, as he attempts to make up for the crimes of being in league with Superman. Cyborg’s path to redemption is strong in this issue and I hope to continue seeing it unfold more in the future. 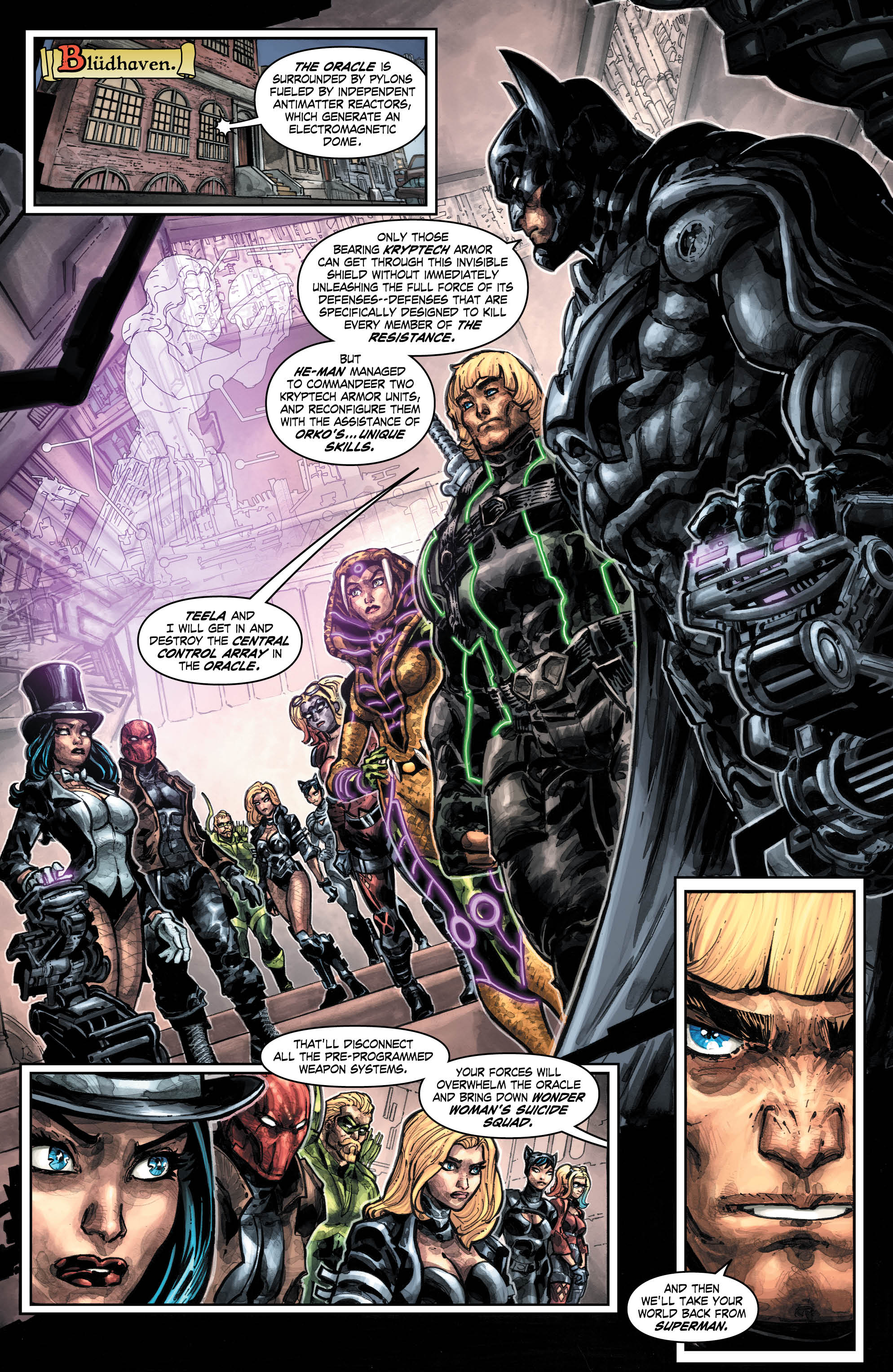 I have no complaints about this issue. Seeley’s story is strong and gets emotional at times, especially with the characters seeking redemption or closure for the things they’ve done over the years. Damian Wayne is a prime example of this during his conversation with He-Man. In one of the rare moments in Damian’s life, he actually tells someone about his fears, his faults, and one of his greatest failures. However he uses all those past mistakes to make himself and his world better as Batman now. It was probably one of the most heartfelt moments I’ve personally seen from the character, and it made you feel more sympathy for him as well. We even have a moment where Superman questions what he’s done over the last few years as he recalls a memory about Lois Lane, but I doubt we’ll ever see any redemption with him. This version of Superman can show regret one minute, and the next he’s back to being a dictator–as you’ll see in the issue. 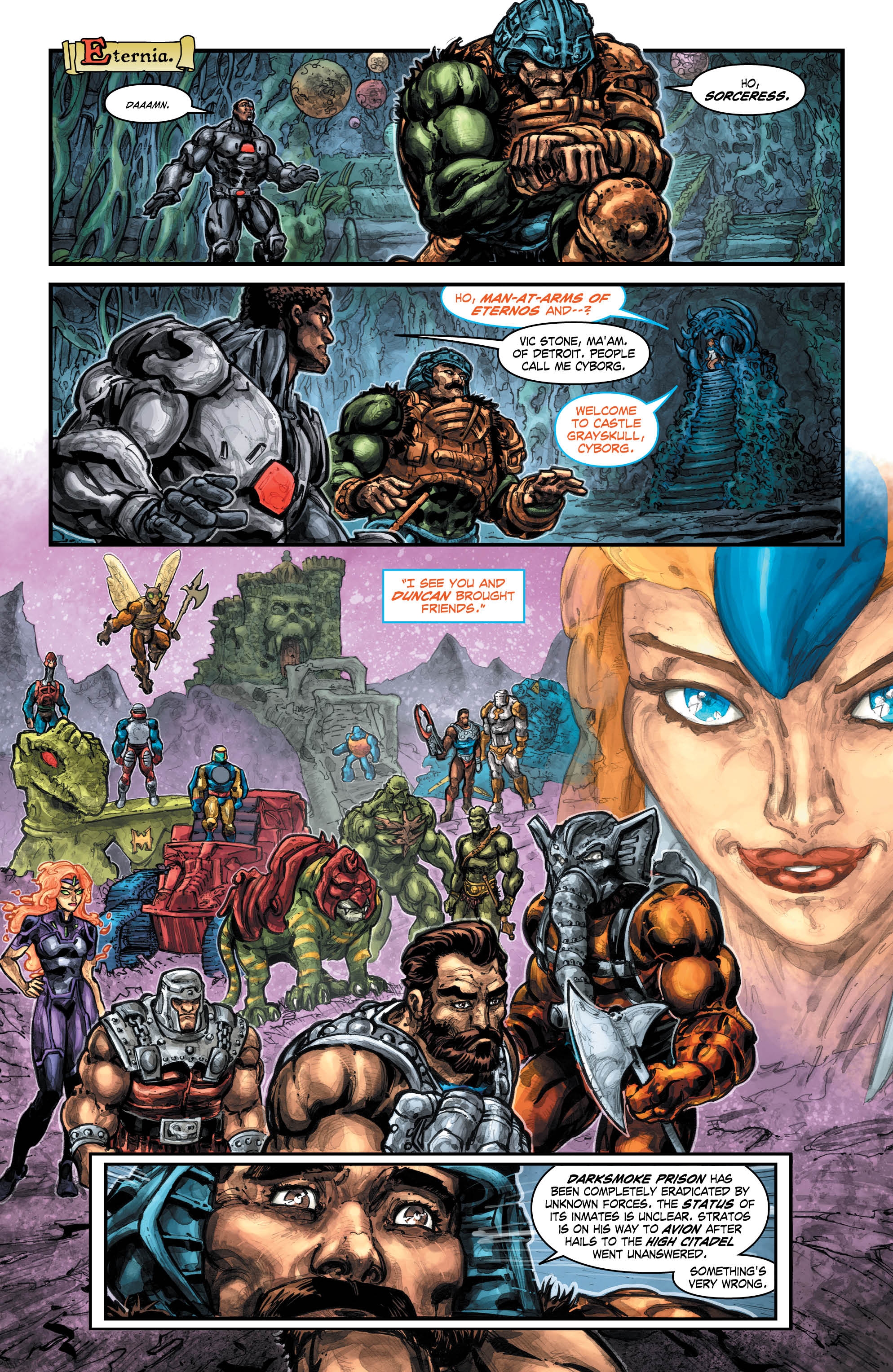 Overall I loved this issue and thought Seeley gave us all and more in it. It’s full of action and emotion, we have a few characters seeking to redeem themselves, and it seems that next issue we’ll finally have that He-Man versus Superman fight we’ve been wanting to see!