Things looked bleak for comic books throughout the 1970s because of plummeting sell-through rates. With each passing year, the newsstand became less and less interested in selling comic books. The industry seemed locked in a death spiral, but the Powers That Be at DC Comics had an idea to reverse their fortunes. In 1978, they implemented a bold initiative: Provide readers with more story pages by increasing the price-point of a regular comic book to make it comparable to other magazines sold on newsstands. Billed as “The DC Explosion”, this expansion saw the introduction of numerous creative new titles.

But mere weeks after its launch, DC’s parent company pulled the plug, demanding a drastic decrease in the number of comic books they published, and leaving stacks of completed comic book stories unpublished. The series of massive cutbacks and cancellations quickly became known as “The DC Implosion.”

TwoMorrows Publishing marks the 40th Anniversary of one of the most notorious events in comics with an exhaustive oral history from the creators and executives involved (Jenette Kahn, Paul Levitz, Len Wein, Mike Gold, and Al Milgrom, among many others). as well as detailed analysis and commentary by other top professionals, who were “just fans” in 1978 (Mark Waid, Michael T. Gilbert, Tom Brevoort, and more) – examining how it changed the landscape of comics forever. 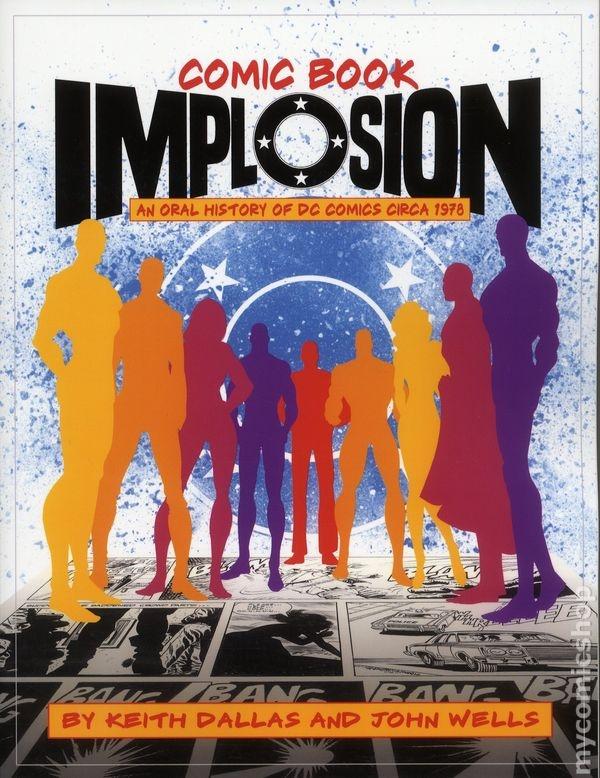 When writing about historical events, context is key, and this account has no shortage of context. While the focus is on the DC Implosion, it is not described as if it happened in a vacuum. The authors establish a clear history of not just DC, but the comics industry in general throughout the seventies.

First, the authors give a summary of the history of price changes and page count changes from the advent of the 10 cent 64 page books of the Golden Age up to the 25 cent price point of the mid seventies. Now it may seem odd to today’s readers, who now pay $3.99 or more for a single comic, but in latter half of the 1970s the prospect of taking their books from 35 to 40 cents or more was a potentially disastrous situation.

The authors also tell us of what was going on in the comics industry in general, and what was happening with Marvel in specific, as Marvel was DC’s direct competitor. The book also tells of changes in editorial staff , such as the fall of Carmine Infantino and the advent of Jennette Kahn, Paul Levitz, and Joe Orlando. Also, we learn about how the creative talent moved back and forth between Marvel and DC over the seventies.

We also learn that due to the differences in how the companies were structured, that Marvel tended to follow DC’s changes by a few months. When DC raised their price, Marvel would enjoy a few months of increased sales due to having a lower price before they were forced to also raise theirs. Likewise, a few months later Marvel also cancelled a large part of their lineup, which mostly overlooked. In the wake of the DC Implosion, hardly anyone noticed the subsequent “Marvel Implosion”.

Throughout the book, we are shown a list of the books DC was putting out that year, visibly showing us the expansion and then rapid decline in DC’s output. There is also a telling of important events or projects during that time period, such as Superman: The Movie and Superman Vs. Muhammad Ali. 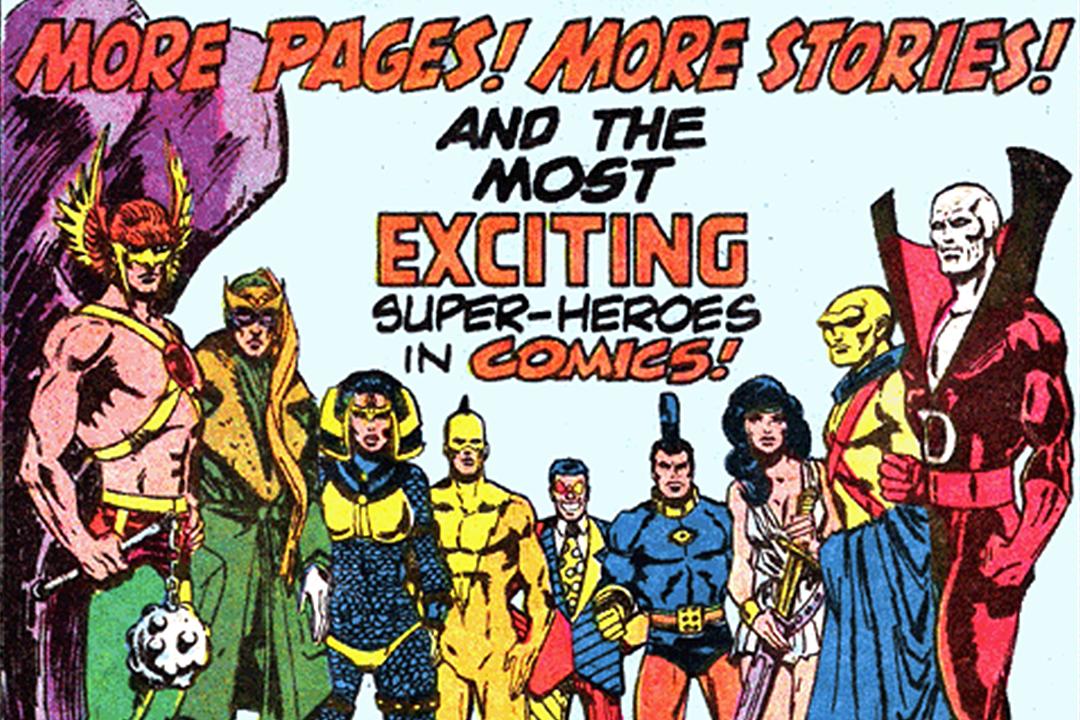 There is also an exhaustive breakdown of the two issues of Cancelled Comic Cavalcade, the extremely limited (only 40 copies of each). These books were made for copyright purposes, collecting the issues that had already been created that couldn’t be repurposed elsewhere. The authors list what issues were included in these volumes, what got left out, and what eventually saw publication somewhere down the line.

The authors minimize putting their own bias on the story by letting the principal players tell it in their own words. The bulk of the text is culled from articles and interviews from DC editorial staff, creators, and industry publications (mostly the magazines and fanzines that predated today’s web sites like ours). The authors add text to bridge these testimonies or to fill in relevant information, but they keep their own editorializing to a minimum. They also do not censor or try to resolve conflicts between different accounts of events. As they state in the introduction, “As a result, and inevitably, contradictions in the narrative occur. Because of the subjectivity of recollection, (or perhaps even personal bias), the account of one person may conflict with that of another, and readers must resolve these discrepancies by determining on their own which statements they find the most valid.

The book also contains a wealth of pictures to enhance the history, including book covers, interior art (both finished and unfinished), and lots and lots of DC house ads. I was nine during the summer of the DC Explosion and the following Implosion, so seeing all these familiar ads and artwork was a very nostalgic experience for me. I even owned (and still have) many of the books pictured inside. Unfortunately, most of the artwork is black and white, but there is a colour gallery in the center of the book.

I might be giving away the ending, but the book comes to the conclusion that the culprit behind the Implosion was ultimately the newsstand distribution system. The authors continue into the early eighties with the rise of the direct market and local comic shops. It was this development that mainly saved the comics industry from dying out and led to a much more stable business model and the comics renaissance of the 80s and 90s.

Unfortunately, the book is unable to give us more than a brief overview of the two Cancelled Cavalcade of Comics volumes. I wish that DC would release these as a set of trade paperbacks. It might not be something that appeals to all fans, but followers of DC history would love the chance to get a good look at this.

The book itself is rather short, at about 130 pages, and it does leave you wishing that the authors continued the story on through the eighties and nineties. However, there is no sense that anything major was left out or overlooked. Perhaps the authors should consider making this into a series of books, each covering a decade or so of DC’s history.

Also, I can say that if, at some point, they were to bring out a deluxe edition of this book with more artwork and in full colour, then I for one would be willing to spend the extra money for a copy.