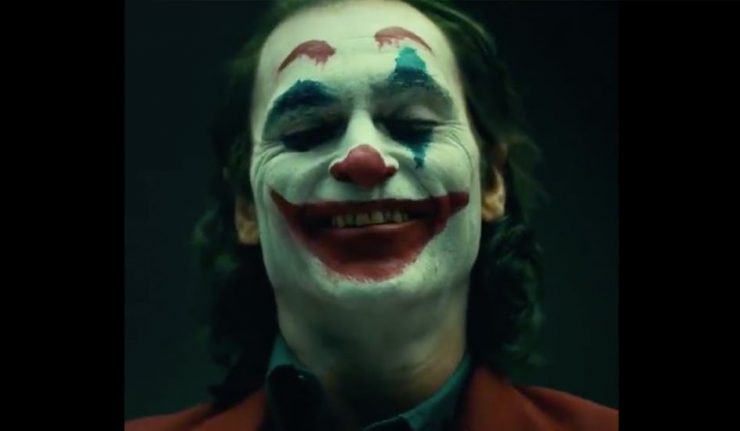 Since it’s announcement, the whole internet is buzzing about the solo movie surrounding The Joker coming from Warner Bros.  Set in the 1980s as a crime thriller, Todd Phillips’ Joker is the first to arrive on the new DC Dark movie label that is totally separate from the DCEU.  Joker stars Joaquin Phoenix as Arthur Fleck (who becomes the Joker) and his life as a failing comedian turned sociopath, mass murderer and thief who wears clown make up, oh, and eventually becomes the arch-nemesis to the Batman.

Now the buzz has continued with an Instagram post of a photo of what appears to be the logo for the film.  As you see below, the film’s title, Joker, is written in a spray paint style red font.

While the picture doesn’t come from Phillips’ personal Instagram account for from anyone associated with the film, it’s hard to tell if the logo is fan made or authentic but with the movie reels being released of Phoenix in his make-up; there is a good chance that the logo is real.

While Joker is not set inside the DCEU or associated with any of the DC movies that have been released in the past 5 years, it will carry some weight for DC and Warner Bros moving forward on the big screen.