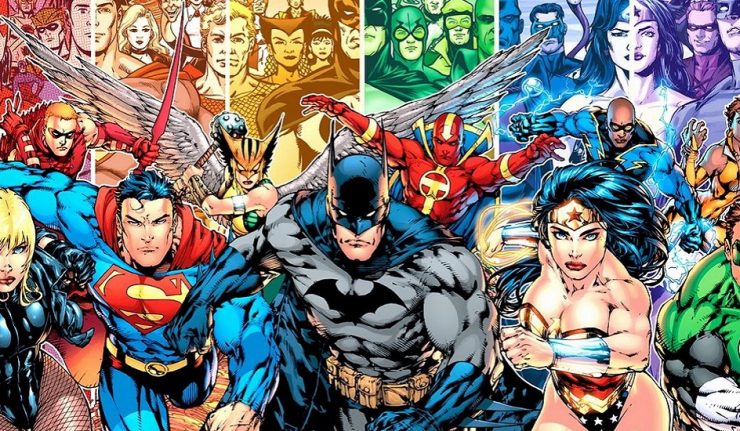 New York Comic Con has arrived and it began with a surprised filled DC Meet the Publishers Panel.

Dan DiDio and Jim Lee hosted a “Meet the Publishers” panel to kick off NYCC.  Fans have always known this to be full OF surprises and this year was no exception.  In addition to talking about Tom King’s Heroes In Crisis and the success of the Walmart 100-Page Giant comics, the publishers revealed a surprise when Brian Michael Bendis took to the stage to reveal the first details of Wonder Comics, his personally created line that is teen-centric which will debut in 2019.

Wonder Comics will be centered around Impulse (Bart Allen) and Superboy (Conner Kent) whom team up with Robin (Tim Drake) and write the series with Patrick Gleason doing  the art for the new books.  Bendis then revealed other titles for Wonder Comics:

–Naomi; which Bendis will co-write with David Walker, featuring art by Jamal Campbell.

–Dial H For Hero; and updated version on the Silver Age series from writer Sam Humphries and artist Joe Quinones

But the fun did not stop there. Not to be outdone, Dan DiDio then took the stage and announced that he was working with the likes of Mary Wolfman and Funko Toys to create a new comic book title, DC Primal Age, that will cross promote with a line of Funko Pop figures.