First Look At DC’s ‘Reign of the Supermen’ Animated Film 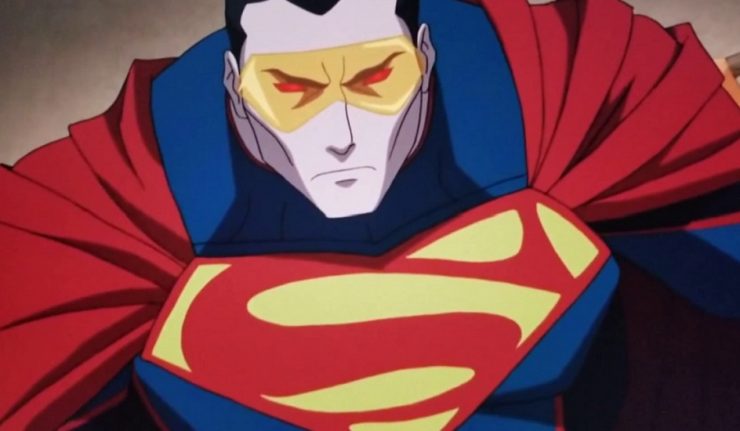 That’s right! Reign of the Supermen, DC’s follow-up to this year’s The Death of Superman, is coming soon, and we now have our first look at the film via a 4-minute sneak peek video as well as the first trailer.  The sneak peek showcases parts of the film and storyboard art, as well as cast and crew talking about what fans can expect.

The film, which is slated to arrive on Blu-ray and Digital in early 2019, picks up after the events of The Death of Superman where a world without the Man of Steel is suddenly populated by several mysterious Supermen: Steel, Cyborg Superman, Superboy, and The Eradicator.

In the meantime, Lois Lane, Jimmy Olsen and even the villainous Lex Luthor are left to ponder what to do about these new Supermen who have arrived on the scene. The cast of characters also includes the Justice League, Cat Grant, and G. Gordon Goffrey.

Check out the video below and sound off in the comments what you thought!  Are you excited for this film?  Let us know!!