What an appropriate title for release on Halloween!  There is a coven of witches that is immortal and has been roaming around the United States since it was a colony.  The witch hunters are all from the same family, the Gabriel’s and they’ve been following the witches for centuries since before they left Europe and came to America.  Now, however, the head of the Gabriel’s, Aaron, has a new idea on how to stop the witches… 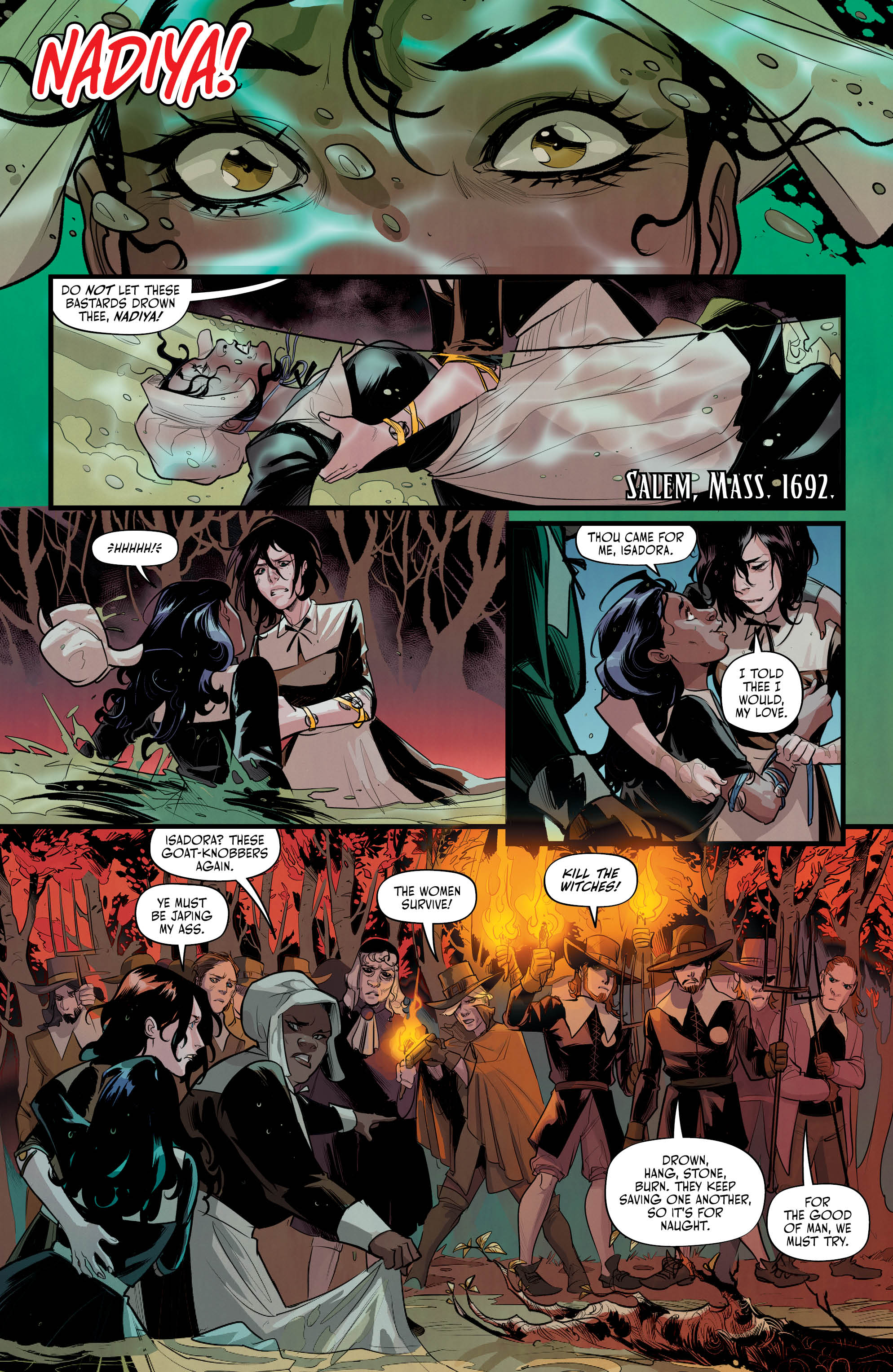 The issue opens in Salem, Massachusetts and follows the witches through their lives.  When they die they come back to life later on, always remaining together in the coven.  The leader is one, Isadora Roma and she is always with her lover, Nadiya Nomo.  These witches have been killing Gabriel’s for years, and Aaron, after some studying has a new idea, “…a willing kiss from mortal pure…” is supposed to stop a witch, and Aaron has a long term plan to stop these witches.

After a series of vignettes through time up to the present day, we find the witches in what appears to be a 1950’s television sitcom.  These witches, cook, clean, sneak cigarettes in the back yard and wait for their husbands to return.  The husbands are architects and one morning they have to rush off to work.  There’s something truly strange revealed as it appears that the suburbs these families live in is surrounded by a ring of fire.  What’s more, when Isadora’s husband comes home, you just won’t believe who he is….. 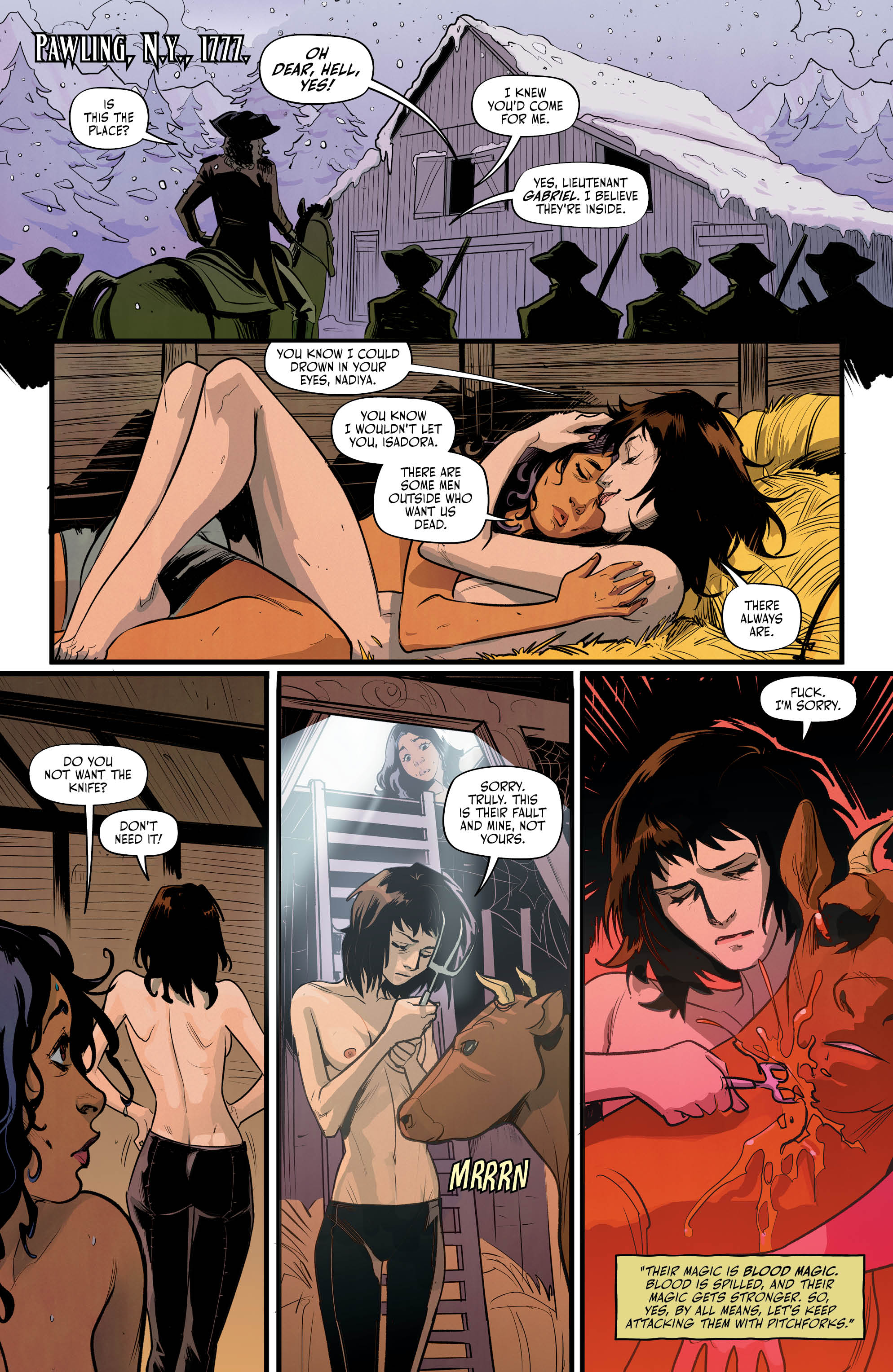 It’s always a challenge to introduce brand new characters and concepts and build enough of a world to draw a reader in on the first issue.  The larger theme of misogyny is clear and certainly could be the element that hooks a reader.  There’s just not enough revealed as well about these witches and their past that leaves the reader wanting more.  This is also an element that could convince a a reader to stick around for more.  And, certainly, Aaron’s ploy to finally get Isadora and her coven is seemingly clever enough to require a reader to see it play out fully.  There’s no indication that it’s going to work either, and that in and of itself raises more potential plot lines for exploration.

Lastly, the different historical eras and locales is an enjoyable way of introducing the characters and it gives a sens of weight to the struggle due to its length.  There’s also an immediate appeal to the notion of 1950’s housewives being witches behind their husbands’ collective backs.  This should make the reader smile. 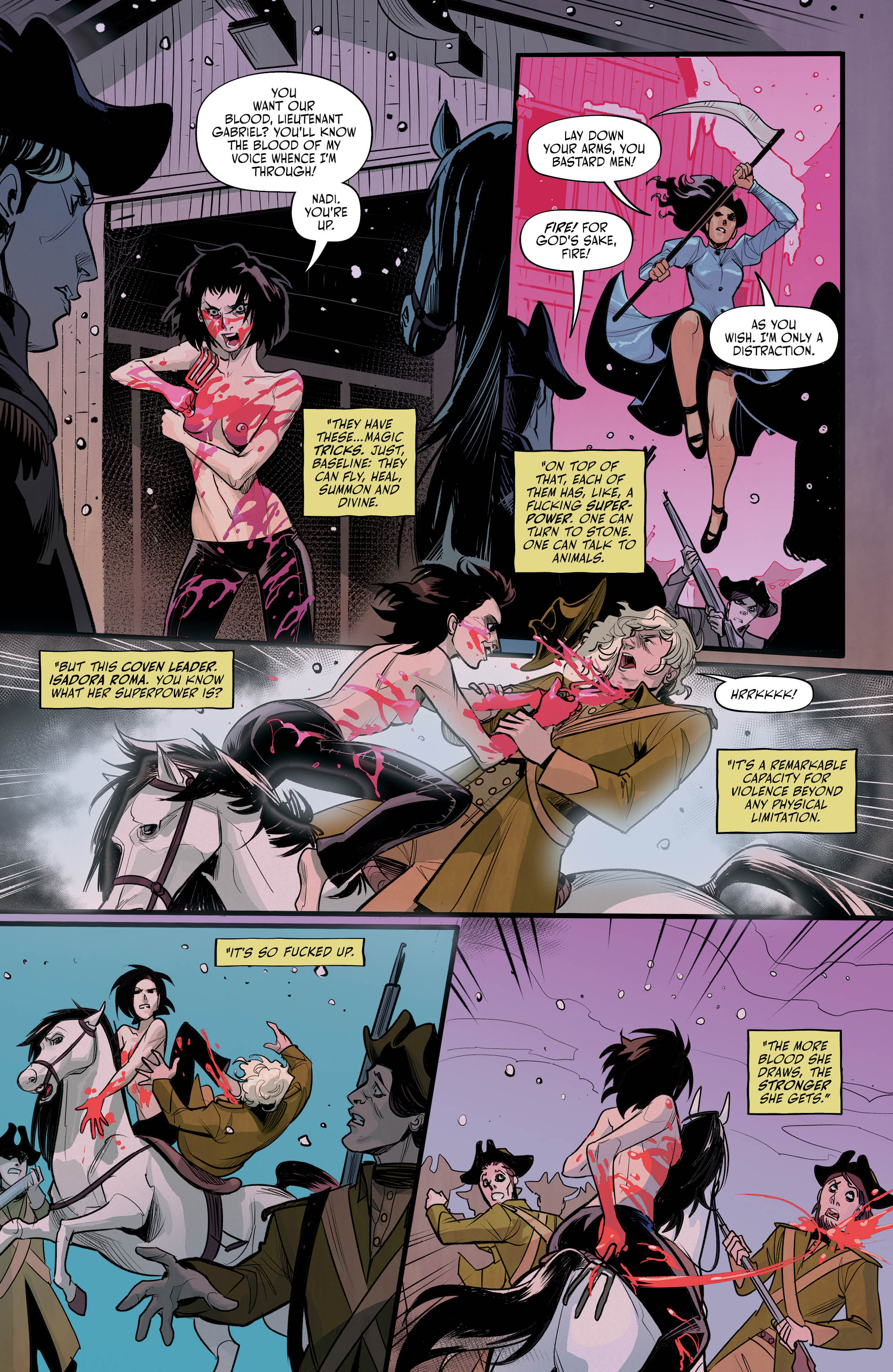 One odd thing, or very realistic thing, I can’t really tell that struck me oddly was the modern vocabulary and speech pattern switching in and out with the flashbacks.  At times it seemed like it was going to be faithful to the period and then it would switch to a modern style of speaking.  It just wasn’t clear if it was supposed to be that way because the issue was being narrated by a modern character.

Because these are witches, and there is a subtle theme of misogyny in the story, it’s difficult to tell if they are the heroes or the villains in this piece.  The Gabriel’s are depicted just as ambiguously, both visually and by their deeds.  While this is maybe not necessarily a negative, it does create some mixed emotions which result in an inability to gravitate towards the witches or the witch hunters. 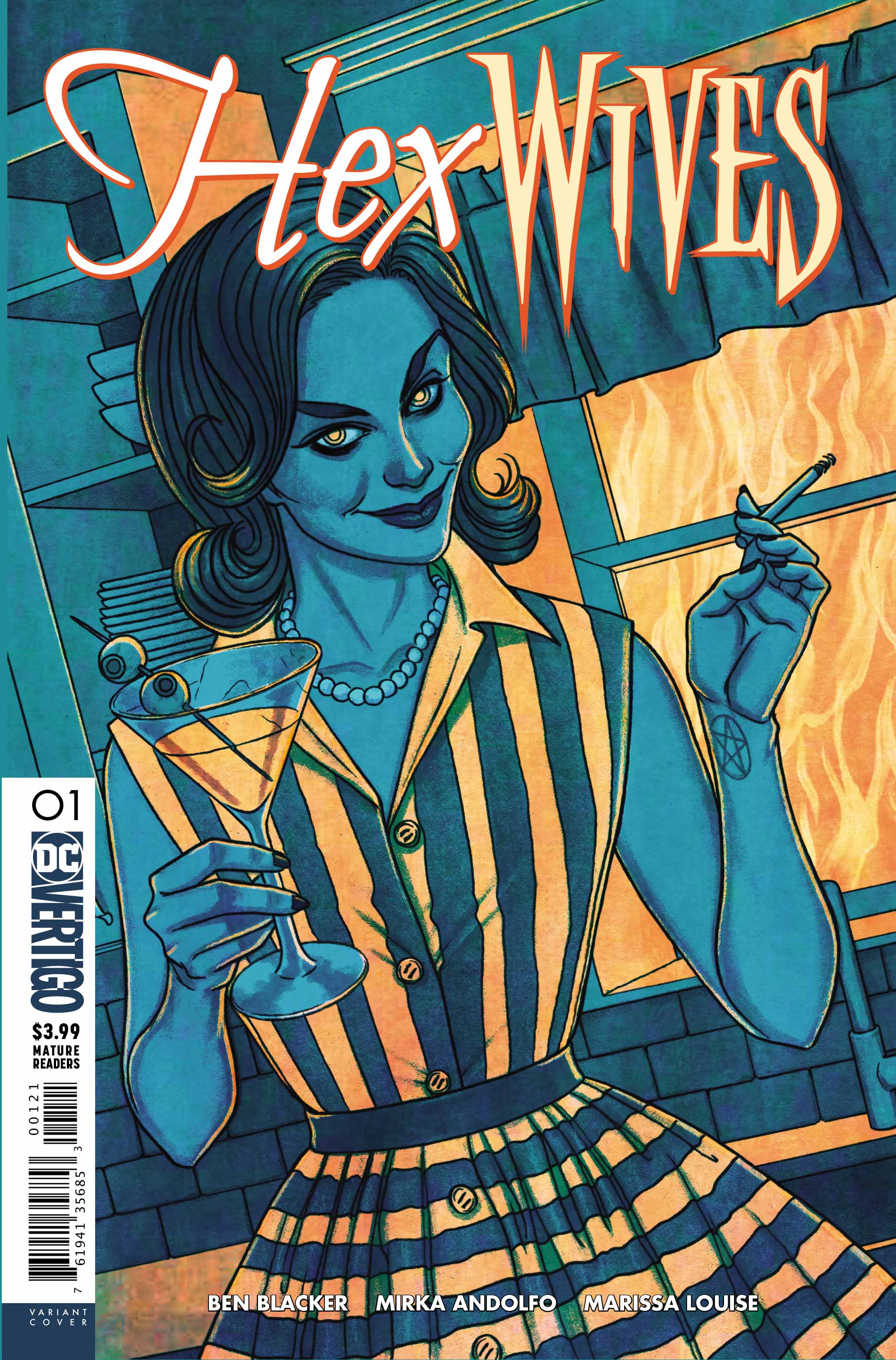 There’s a lot of potential in this first issue to grow into something significant.  There’s just not enough here to tell if it will, or even what direction it will take.  There’s a lot still hidden from the reader that should be interesting to discover.  While not overwhelming, it’s a solid start, despite a lack of identification with any particular character, as none have been individualized to stand out as the lead.  It’s worth a try, and there’s enough here to try next month as well.