Attempting to escape the grasp of the alien leader seeking to dominate Earth, the Titans find themselves stranded on another planet with no resources or a plan to get home! Can the team rally themselves and find a way off of this rock? Or will they all succumb to the primal rage of an out of control Beast Boy?! 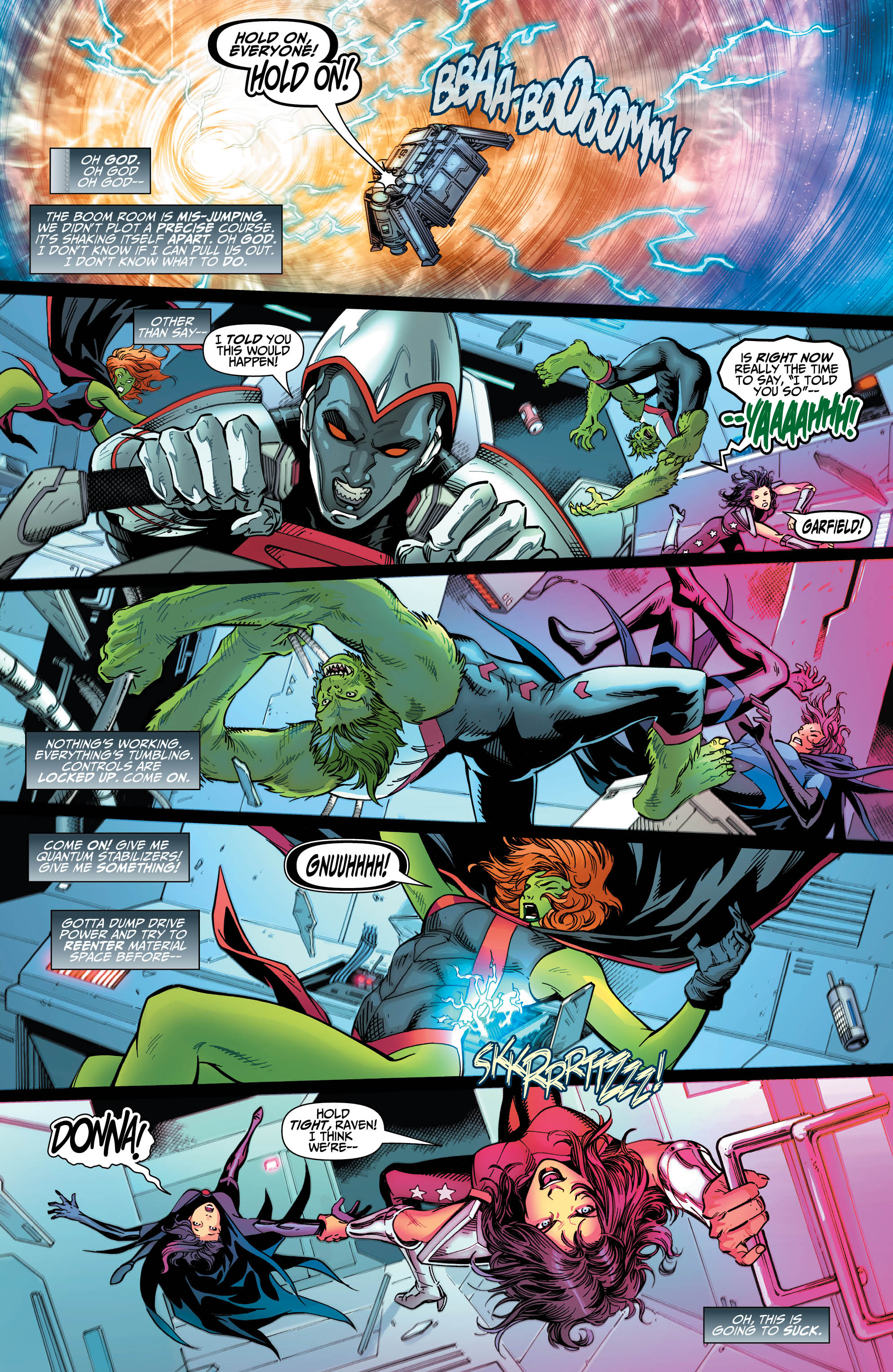 Once again we find our Titans in disarray without Dick Grayson aka Nightwing. This issue shows the team’s struggles brilliantly. Here on a desolate alien world, Steel informs the team that literally everything here is toxic–the plants, animals, and even the water. With resources extremely scarce the team is forced to find a way off of this world ASAP. Each member of the team is coping with being lost in their own way, especially Donna and Steel–both of which feel they are responsible for the situation. Things really escalate out of control when Beast Boy loses control of himself and goes full primal on the team, eventually destroying the one beacon that can send out a signal for help. 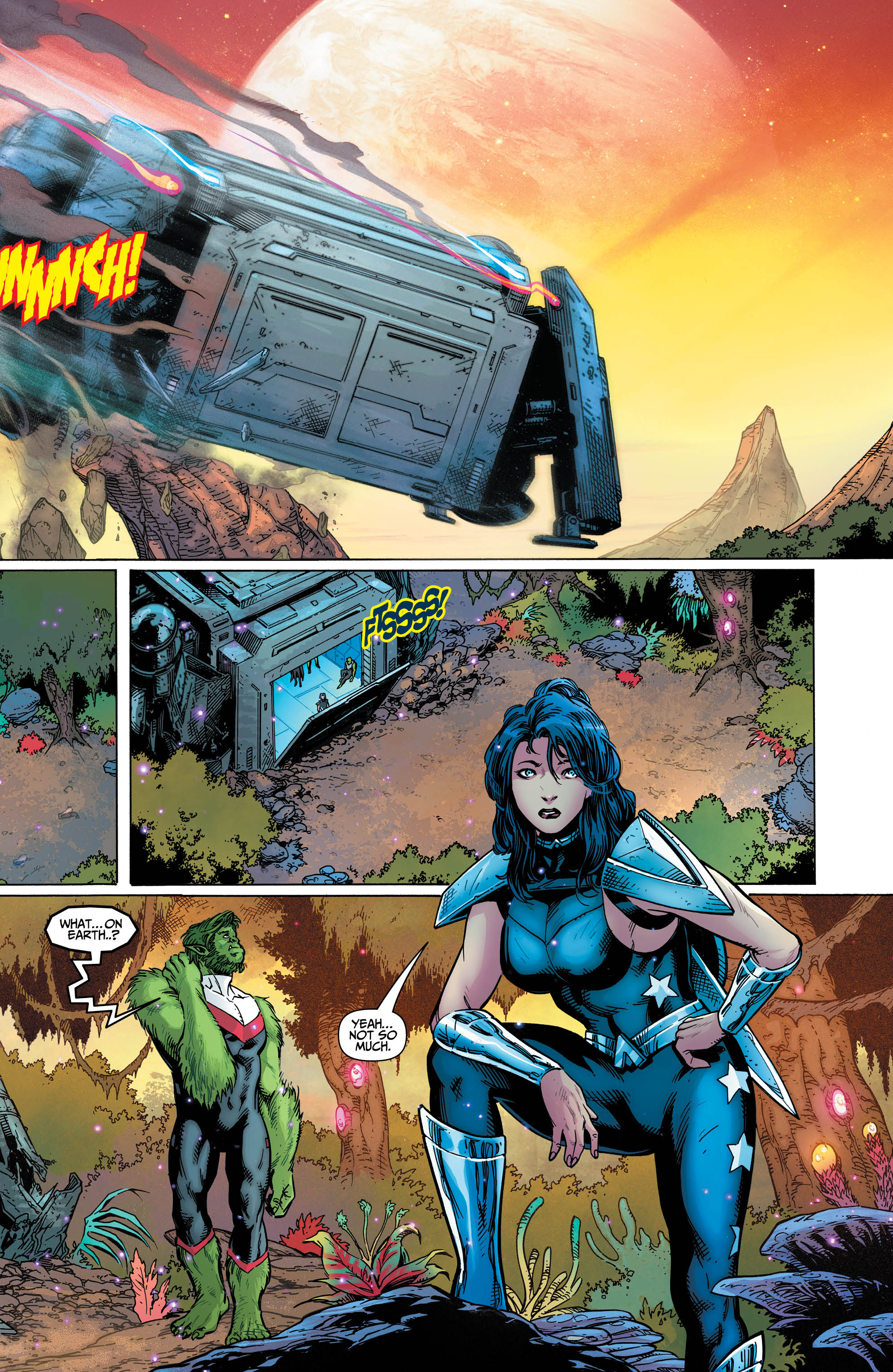 Although Beast Boy destroys the beacon, things escalate worse from there. Thanks to the actions of Beast Boy an already wounded Miss Martian loses control of her form and returns back to her actual martian state–a secret she’s been trying to hide from the team since joining. My one complaint about the Titans is the pretty obvious one–this team needs a leader! Before even going on this mission in the previous issue, the team as a whole should’ve came together and decided on someone instead of rushing into an alien invasion. Donna Troy realizes this in this issue and actually calls herself out on it. She’s the one I’m actually hoping will lead the team, but her actions and decisions as of late are starting to make me think otherwise. 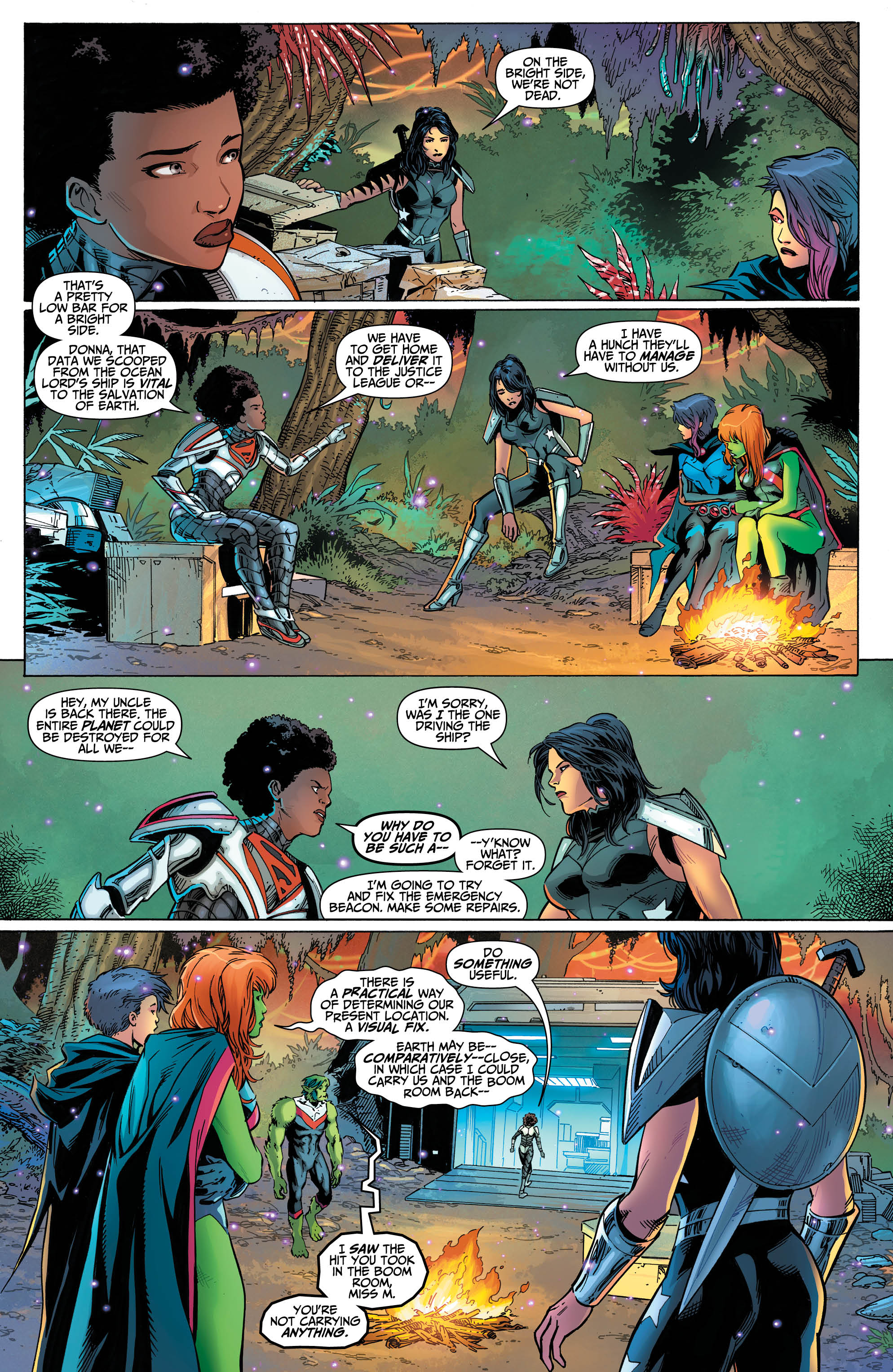 Overall Titans #27 was a good read. Although the action sequences were few, this issue seems to be about the team as a whole taking time to cope and figure things out while their stranded. Hopefully they’ll take this time to vote for a new leader, because right now it just seems that Donna, Miss Martian, and Steel are all just taking turns at bat depending on the situation. At the end of the book, we see Miss Martian’s actual martian body take shape and I’m guessing we’re gonna see a Beast Boy versus Miss Martian fight! I’m looking forward to reading the next issue and seeing where Miss Martian and especially Beast Boy’s actions leave the team, especially with that alien invasion still occurring on Earth!