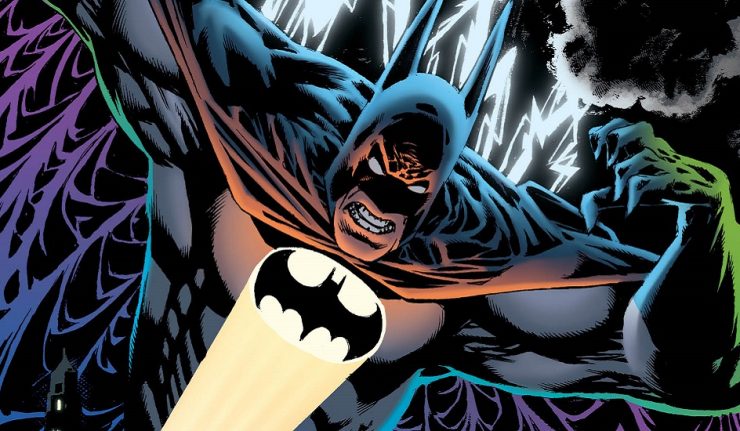 Scarecrow’s psych evaluation of Batman takes its darkest turn yet, as it completely dismantles the Dark Knight and keeps him from Gotham City! And a threat of immense magnitude will ravish the city unless Batman snaps out of Scarecrow’s control.

The argument has been posed time and time again, if Batman got some help, some true medical help, he could cure his obsession with being the Dark Knight. This issue is the closest we will ever get to that help ever playing out. In a twisted, dark way, Scarecrow brings to life an intense psycho session that delves deep into the motivations of Batman’s inner psyche. Unfolding his true beliefs and how he truly sees himself was a refreshing take on the Caped Crusader. One such panel depicted Batman placing himself on the same strength platform as Superman, deep down he wants the same skills and power his brother in blue has because he feel’s no limits that would hold a mortal man back, to he, himself, he is as strong and as bullet proof as Superman is.

The story took a bit of a stall in my last review, but here it has truly picked up and run into new territory very seldom explored in the mythos of Batman. The art for this issue lent itself well to the story, the gritty 90’s style felt almost like a comic pulled from a timeline where it did come out in such a time and took up long over due subject matter.

This issue involved a small subplot with Gordon trying to track down Batman and Crane, doing so by interrogating a small time thug. While it lead to a small intense stand off, it felt shoehorned in and could have been placed in a different spot to create tension for an upcoming issue.

This issue had the Dark Knight facing his greatest fear. More so than dying, he was faced with the idea that he is Gotham’s greatest villain. Showed a sprawling beautiful city, one he was not part of, Scarecrow demonstrated that Gotham without Batman is a safe secure paradise. Many have argued that the rise of Gotham’s hero also created Gotham’s dread in the form of his rogues, as with any great victory, challenges will rise to meet it. This idea has always been toyed with but never brought face to face with reality. Now Batman will have to over power Crane and show how essential he is to Gotham’s survival and that makes for a great comic. I look forward to the last two issues of Kings of Fear; it has had its ups and its downs, but certainly it has carved its place as an outstanding Batman comic.