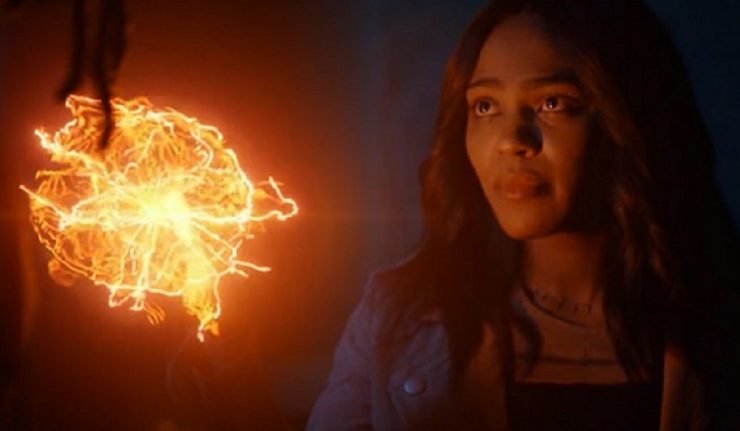 As metahuman fights set in abandon malls go, you could do a lot worse than this week’s Black Lightning episode. Things have finally come to a head between Looker and Black Lightning/Thunder. Looker and her gang proved to be quite the challenge, but the brawn/brains combo of the Pierce family is hard to beat.

Jennifer and Khalil continue to grow closer which will, most likely, continue to complicate things as the season progresses. But it is promising that he didn’t cave to Tobias.

Also, Jefferson and Gambi have a very heartwarming reunion.

That fight! In a season of build up, it’s great to have another knock down, drag ’em out fight. Well choreographed and shot, plus it was great to see Anissa And Jefferson work together.

On the opposite side of the spectrum, the reunion between Jefferson and Gambi pulled at the heart strings and was as emotional as the fight was visceral.

Looker was a villain that acted as a great foil for our heroes, both story wise and as part of the metaphor in the subtext of deeper things the show is trying to say, so it’s a bummer to see her out of commission.

The Jennifer/Khalil plot line is dragging just a bit. I have patience though, and expect it to be one of the larger arcs of the season.

In my mind, this is one of the best episodes of the season. An episode that had payoffs, which had been leading up to this, and definitely didn’t disappointed. Emotional, action packed, it is what this show can be when it is firing on all cylinders.