This year’s New Talent Showcase is here with six brand new stories from some fantastic new artists and writers at DC Comics.

Official Summary:  The latest graduates from the DC Talent Development Workshops show off their skills by telling stories about some of DC’s greatest characters including Batman, Catwoman, John Constantine, Wonder Woman, Zatanna and more! 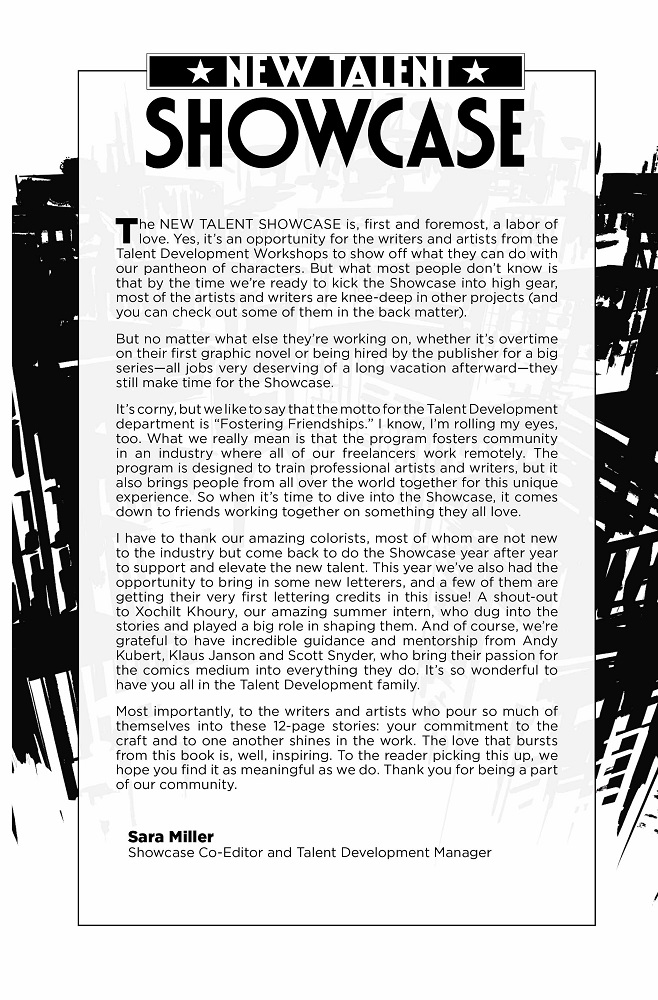 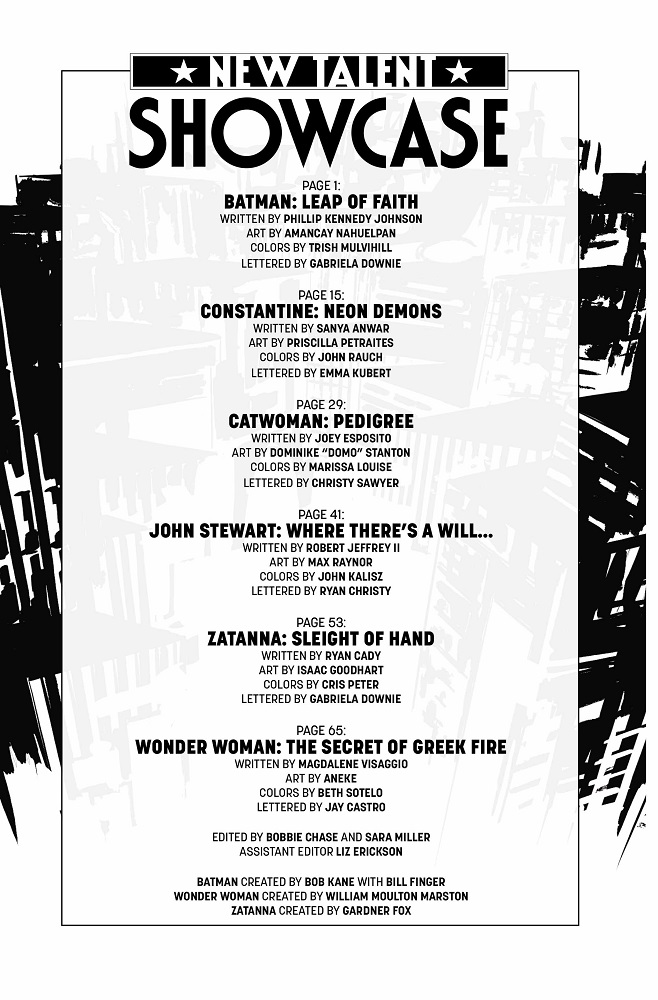 Check out all of our reviews for each story below:

Batman must enter a plane in flight to rescue a Senate candidate and her son from Victor Zsasz. Complicating matters is the fact that the candidate blames the Dark Knight for the death of her husband and actively wants all vigilantes punished.

John Constantine travels to Hong Kong to take a job for an unpopular businessman. Mr. Po is opening his newest high rise in the city and he is having a problem with his guests throwing themselves off the roof in the middle of the night. He enlists Constantine to help him his way and John agrees for a special price. When he realizes the force behind the deaths has a connection to Po, he goes to work banishing the evil spirit, but there is a twist to this particular exorcism.

Batman is out of town and Selina decides to take to the streets to dispense some justice on a criminal operation that is picking up stray cats off the street, injecting them with venom and forcing them to fight. Naturally, Catwoman is going to take issue with this and when she moves in to take both the money and cats, she finds that she’s not the only one on the case.

JOHN STEWART: WHERE THERE’S A WILL…

John Stewart has traveled to planet Talie to find out how a peaceful, thriving planet has turned into a genocidal nightmare for its inhabitants. When he discovers that yellow lantern Karu-Sil is backing the government for her own ends, Stewart must team with a small band of resistance fighters and find a way to rally the people in order to stop the Lanterns plans.

Zatanna finds herself in Italy where she has to deal with the anniversary of an ancient ritual involving demons, entertainment, and human sacrifice. The locals are not particularly thrilled with her presence since her father, Zatarra, was the last person who managed to fool the creatures into being entertained without a human sacrifice. Zatanna must use every ounce of her cunning and stage presence to find a way to entertain the demons and hopefully, keep them from coming back.

Wonder Woman is investigating an incident at a mountain in Montana when her powers are stripped from her and she is at the mercy of a group of gun-wielding criminals. When a stray bullet strikes a young girl, Diana must bring her on a dangerous journey up the mountain to end the bigger threat before she can get her the help she needs. As the young girl begins to fade and lose hope, Diana tells her a story of perseverance that will hopefully keep the girl alive and fighting. 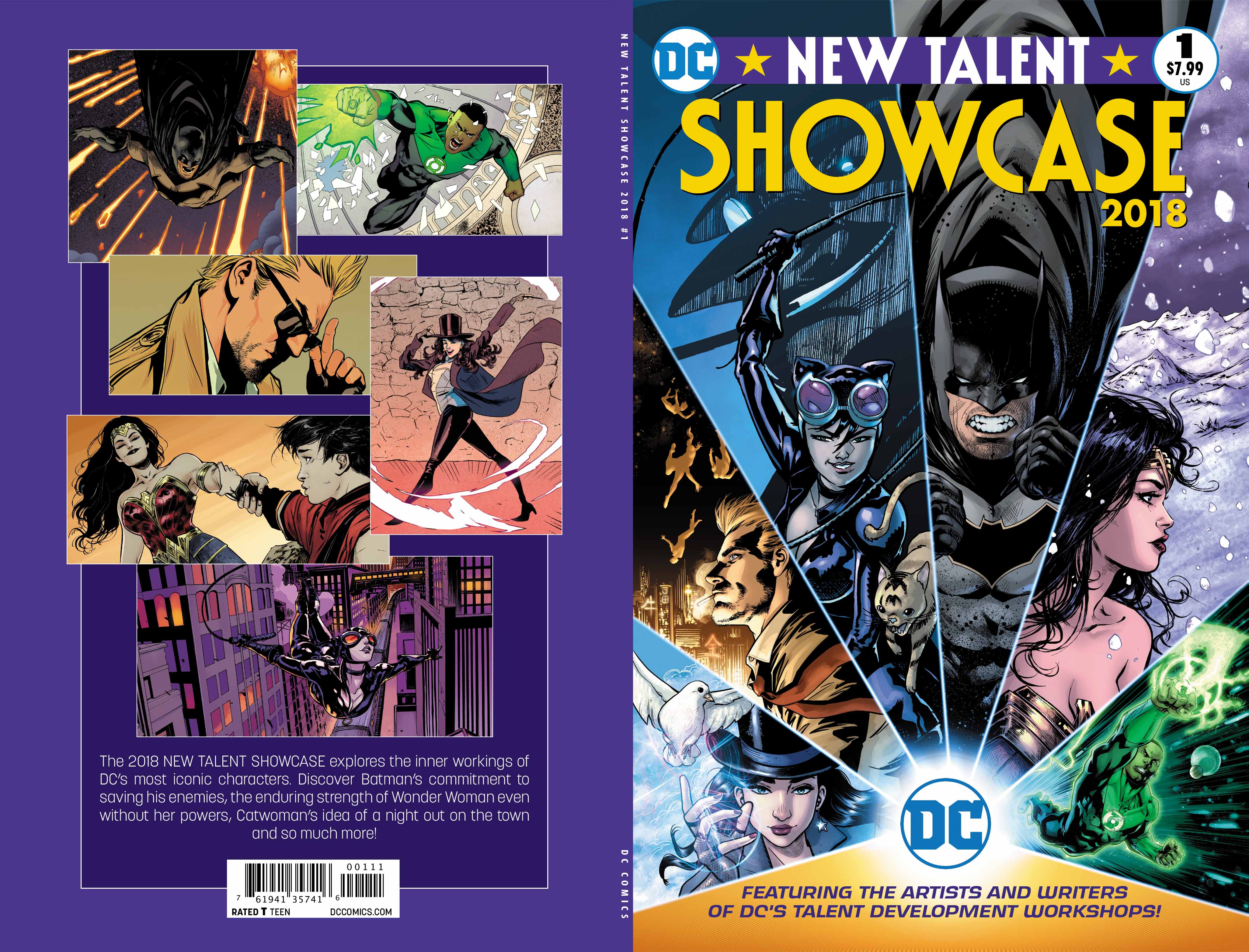