The Guardian Coming To ‘Titans’? 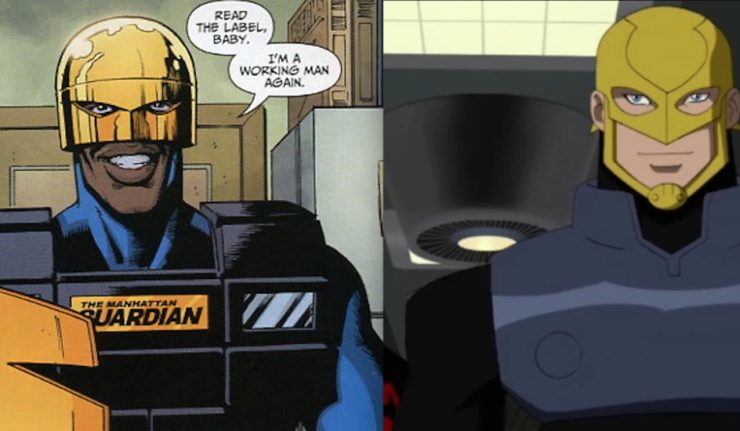 One more longtime DC Comics hero may be heading to Titans for season two — a casting description seems to suggest the pending debut of The Guardian. The show’s producers are seeking a Caucasian male late 30s – late 40s for the following character:

As indomitable as he is mysterious. Haunted by his past, Jack is a non-attention-seeking vigilante who’s dedicated his life to helping those in need. Underneath this ultimate gentleman is the ultimate fighting machine. But his success has come at a price, turning him into a sublime recluse. As Jack stops at nothing to ensure others have a better life than his own, the question looms large about whether he’ll ever be able to let down his walls.

Note that the character’s comic book alter ego is Jim Harper (not Jack), but everything else fits with his established history.

The Guardian — created by Joe Simon and Jack Kirby way back in 1942 — was not only a Golden Age hero, but a key part of Kirby’s Fourth World comics in the 1970s. Grant Morrison also featured a new African-American version of the character in his Seven Soldiers series. Guardian has previously appeared outside of comics pages on both Young Justice and Supergirl.