Review: Adventures Of The Super Sons #8

Incarcerated on the prison planet of Takron-Galtos, Superboy and Robin face off against their fellow inmate Rex Luthor and the newest members of the Gang! But Robin has a plan, and it involves a piece of glittering jewelry called a Green Lantern ring! Be here for the start of “No Evil Shall Escape Their Sight”!

One of the things that makes this miniseries so enjoyable to read is the fun that Tomasi is having with making ersatz versions of well-known concepts from DC’s history. This is most prevalent in the junior versions of supervillains being created by Rex Luthor. And some are quite odd, but prove quite interesting like the alien versions of Cain and Abel and their House of Secret Mysteries. 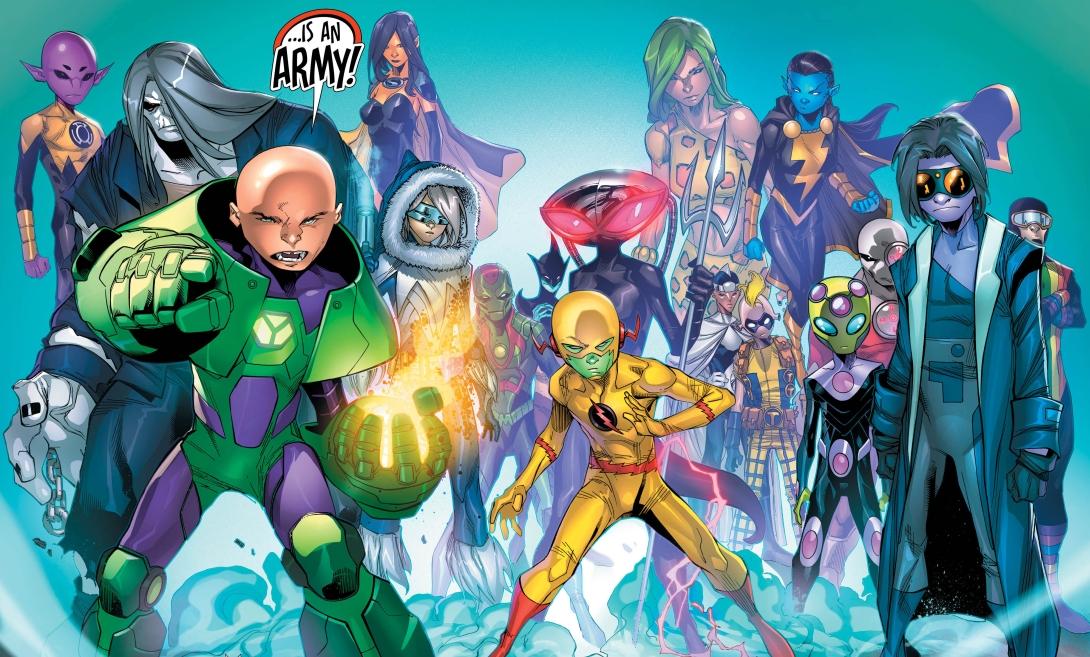 This issue introduced one such concept that made me give a hearty laugh. It turns out that Takron-Galtos prison planet has a secure teleporter, which is called the Vroom Tube. This is clearly a play on the New Gods’ main means of travel, the Boom Tube.

Joker Jr. is proving to be quite the interesting character. He is presently helping Jon and Damian, but after betraying both Rex and the Super Sons, it has been unclear whose side he is on ultimately. At one point, he appears to be defecting back to Rex, and the reader is left unsure if he is really betraying Superboy and Robin or if it’s another ploy.

However, his final decision costs him his life. Or is it? Have we truly seen the last of him, or is his apparent demise part of some deeper plot? There are definitely some interesting story possibilities around this character.

I also find it an interesting switch that Damian is much more trusting of Joker Jr. than Jon. Generally, Jon is the more trusting of the pair and Damian is notoriously paranoid. I find this interesting. I feel that Damian recognizes something of himself in Joker Jr.’s deviousness, while that quality unsettles the straightforward and honourable Superboy. Thus, Tomasi is giving them more nuanced reactions to Joker Jr. rather than just following the obvious knee-jerk responses. 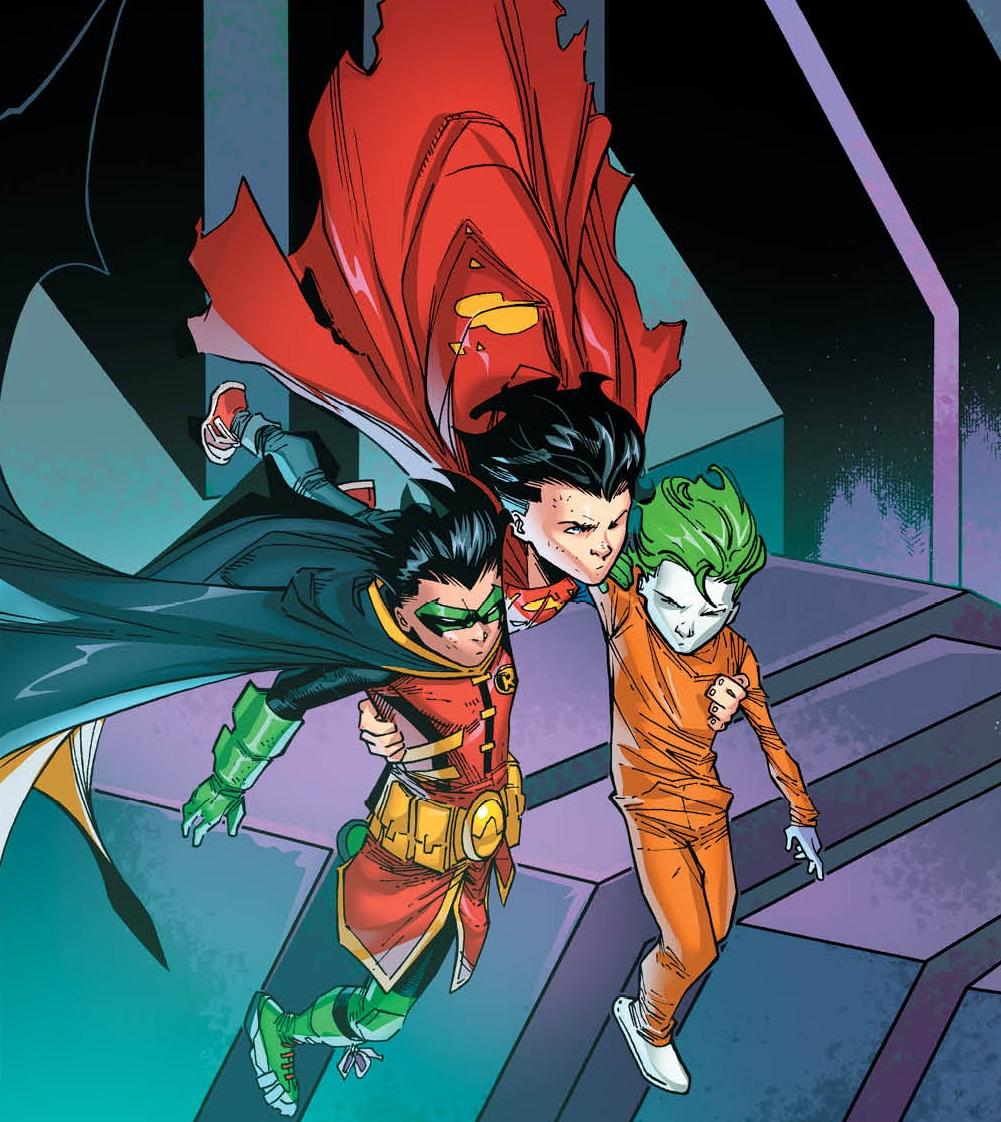 Only four issues left? I’m really going to miss this series when it ends. I hope that the upcoming DC Zoom Super Sons title will be able to capture some of the spirit that Tomasi has imbued in this title and its predecessor.

Tomasi is a master at writing fun stories with strong characterization and snappy dialogue. I find that his stories about Superboy and Robin strongly reminiscent of Peter David’s Young Justice, which is high praise. Unfortunately, just like that late, lamented title, I don’t think DC realizes what they’re losing. Perhaps DC might consider having Tomasi do another flashback mini like this one at some point in the future.