After Gordon is shot in an attempt to establish a cease-fire, he hallucinates a trial for his life that could have deadly real consequences. Meanwhile, Ivy returns and puts her spell on Bruce, leaving Selina to defend herself. Lee has a life-changing moment as Barbara and Penguin consider their next moves.

Every actor under Ivy’s spell is hilarious. Anthony Carrigan is particularly amusing as a lovestruck Victor Zsasz.

The ending is very sweet. Ben McKenzie and Morena Baccarin having an on screen wedding is cute. I adore Bullock playing priest. And I liked the moment between Bruce and Selina. 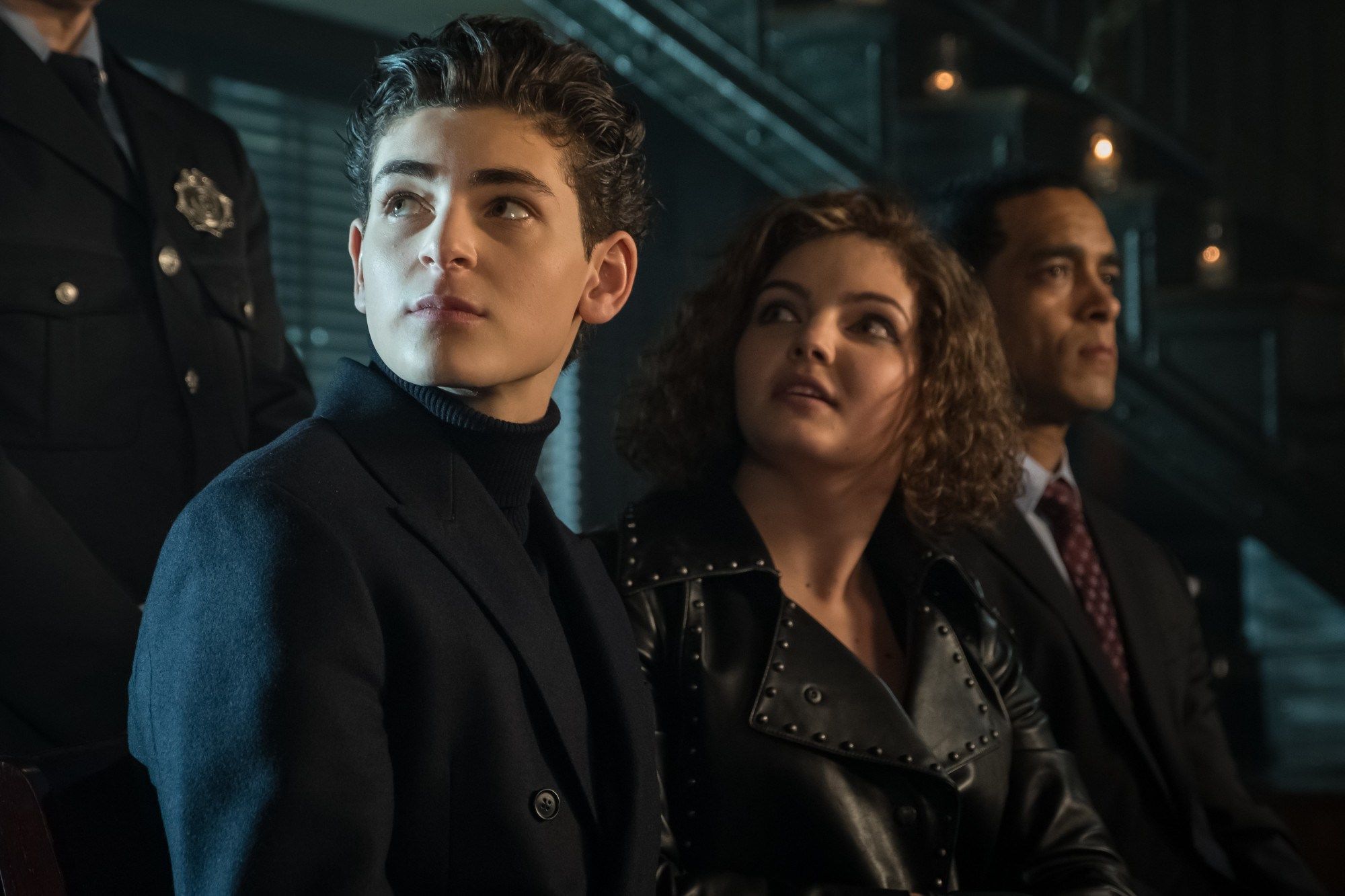 Like last week’s episode, this episode feels like filler. It’s not as bad due to the ending but it is still a fairly standard episode of Gotham. No Man’s Land barely plays a factor. It also feels very repetitive of the big Ivy episode from last season. Both heavily involve Lucius under mind control so that Ivy can take advantage of a Wayne Industries experiment.

Lucius is very dumb. He was put under Ivy’s spell last year. How is he not able to recognize that Bruce is clearly being controlled? Bruce even mentions the perfume. It takes Bullock 10 seconds to realize what’s going on and Lucius is clueless.

For an episode called “The Trial of Jim Gordon,” that idea features very little. Most of the episode is focused on Ivy’s plot. The trial itself is pretty lame. This show is able to get very surreal and strange at times. It’s even done a similar thing with Jim back in season three and with Bruce last year. But this feels somewhat uninspired.

This is a very average episode of the show. There are some nice moments and I did mostly enjoy it. But, like last week, it feels like filler. This season could and should be a lot more and I’m somewhat disappointed by this.