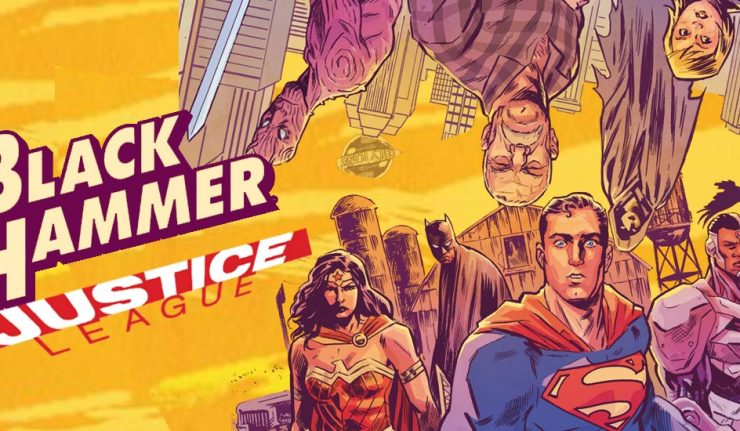 With crossovers being as popular as ever among comic readers, it shouldn’t be a surprise that Black Hammer and the Justice League are set to meet in a five-part crossover series written by Black Hammer creator, Jeff Lemire and illustrated by Michael Walsh.

Black Hammer is a popular series published by Dark Horse Comics. The series won Lemire an Eisner award for best new series and has recently been picked up for film and television.

The series follows Abraham Slam, Golden Gail, Colonel Weird, Madame Dragonfly, and Barbalien. They were all heroes that have been banished from existence and live in a strange purgatory of sorts. But with the help of a mysterious stranger, they manage to escape and become heroes once again.

Black Hammer/Justice League: Hammer of Justice is a project that I still can’t believe is actually real, even though I’ve written the whole series already. Everyone who knows me and knows Black Hammer is aware of my love of the DC Universe. Getting this great opportunity to work with an artist like Michael Walsh to bring the Black Hammer and DC universes together for a special story was just too much fun. I’m incredibly excited about the story and think fans of both universes will enjoy reading it as much as Michael and I enjoyed creating it.

Black Hammer/Justice League: Hammer of Justice #1 is set to be released July 10.